Death Stranding is in some ways an opinion leader. Either you like it or you hate it. At least you can't accuse this game of being "uniform mash", because it does many things differently than you would expect. Whether it is a successful console port nevertheless or just because of that, you can read in the short test.

You can think what you want about Hideo Kojima, but I personally have always found his works very exciting and detailed. Especially the early Metal Gear games appealed to me. In fact, I usually enjoyed his games more when I was watching someone else play. As a viewer you can simply concentrate better on the story and the many small details without being distracted by the oftentimes somewhat bulky game mechanics. Death Stranding is also a linear story game, which reminds us more of an interactive movie than a game, because of its countless cutscenes. The use of real actors, brought into the game via CGI and motion capturing, gives the game characters a certain depth, which a completely artificially created character usually cannot have in this form.

But what is Death Stranding about at all? I try to describe it as spoiler-free as possible and therefore consciously don’t go so deep into the story. Through a multitude of mysterious explosions, almost the entire human race was exterminated. Since then, the survivors have had to brave extreme weather conditions such as the so-called “time rain” – which causes living beings to age rapidly on contact – and unpleasant “visits from the realm of the dead”. The player slips into the role of the supplier Sam Porter Bridges (Norman Reedus), who supplies the remaining “cities” with important resources. Because Sam has some special abilities, he is assigned to make “connections” between the different cities and thus ensure the survival of mankind.

At first the game principle sounds rather boring: You walk from city to city, drag things around, make ominous connections at your destination and then watch a longer sequence of events before you continue to the next destination. If you really take the principle exactly the same way without getting involved in the game, then you can write off Death Stranding as a “walking simulator” and evaluate it negatively.

In fact the game has a little bit more to offer than just running stupidly from A to B. Although you have to do mainly the mentioned “errands”, the whole open-world-like area is widely free to walk and walk on. passable. So there is no prescribed route to the destination and because Sam has a limited carrying capacity, you can only carry a limited number of aids such as climbing ropes or ladders. So you have to choose your route carefully and on top of that, the heavy freight can quickly throw you out of balance while walking.

Furthermore the encounters with “bandits” and especially those with the “GDs” are quite exciting and varied, because you can always manage them in different ways. The game is neither a thoroughbred shooter nor a thoroughbred stealth game and therefore leaves the player the choice of how to deal with such a situation. 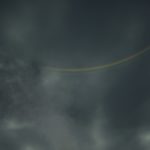 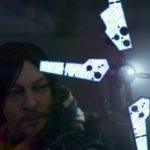 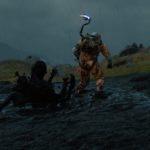 Although the game is so controversially discussed mainly because of its story and the game principle, I personally was once again more interested in the technical implementation. Unfortunately I am quite late with my test and the most important things have already been reported by colleagues from other editorial offices. Nevertheless I would like to share my results and findings with you.

As always, I try to get as much information as possible out of my limited equipment. So I’m testing the game both on the 400€ budget PC, which is very close to the “recommended specs” for 1080p, and in higher resolutions with a mid-range system, which is slightly above the 1080p recommendation. Both systems were equipped with graphics cards from AMD and Nvidia for testing.

Nubert nuPro X-3000 RC Review – the perfect balance between a neutral studio monitor and a cheeky compact living room speaker. With extensive teardown
Undervolting on Intel Laptops in 2020: this is what you need to know! | XMG Support