A little bit of retro is always interesting so I have an article from the beginnings of igorsLAB for you this time. The APU is now also available very cheap and that is enough for a usable HTPC in the end.

I had been standing in the living room and used it as an HTPC over the last few years, but in the end each project had either some disadvantages or simply survived its time purely technically. AMD’s offer with the current APUs and small Vega graphics is just right. Let’s just see what’s so beautiful. By the way, if you stream your games more or are less demanding, you will find a clever and significantly cheaper initiative with the Ryzen 3 2200G. 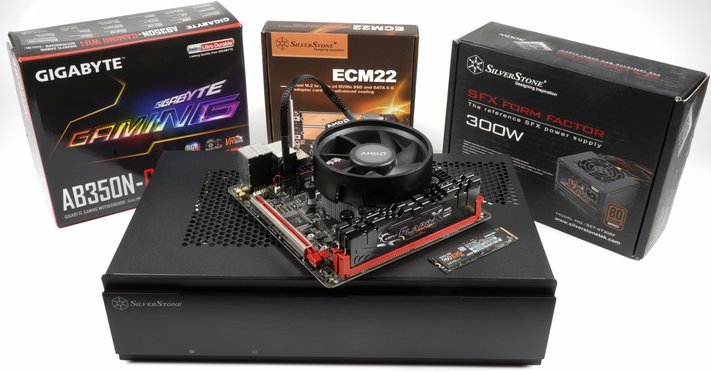 Of course, the small APU is almost always enough for the daily, multimedia madness, if you don’t want to play. Do you want? You could, if you wanted. For me it was the two small children, for which there are beautiful games, which can be comfortably gambled on the large living room TV – also with several people at the same time. We have been able to do without a pure game console so far and I don’t want to start with it. First, there is the fact that I reluctantly put subsidised and noisy hardware in the living room, only to be left out of the games like a Christmas goose. There is also the certain “ititckt-times-in-the-fingering” effect. Then the one prefers the big APU. Kleckern is not. 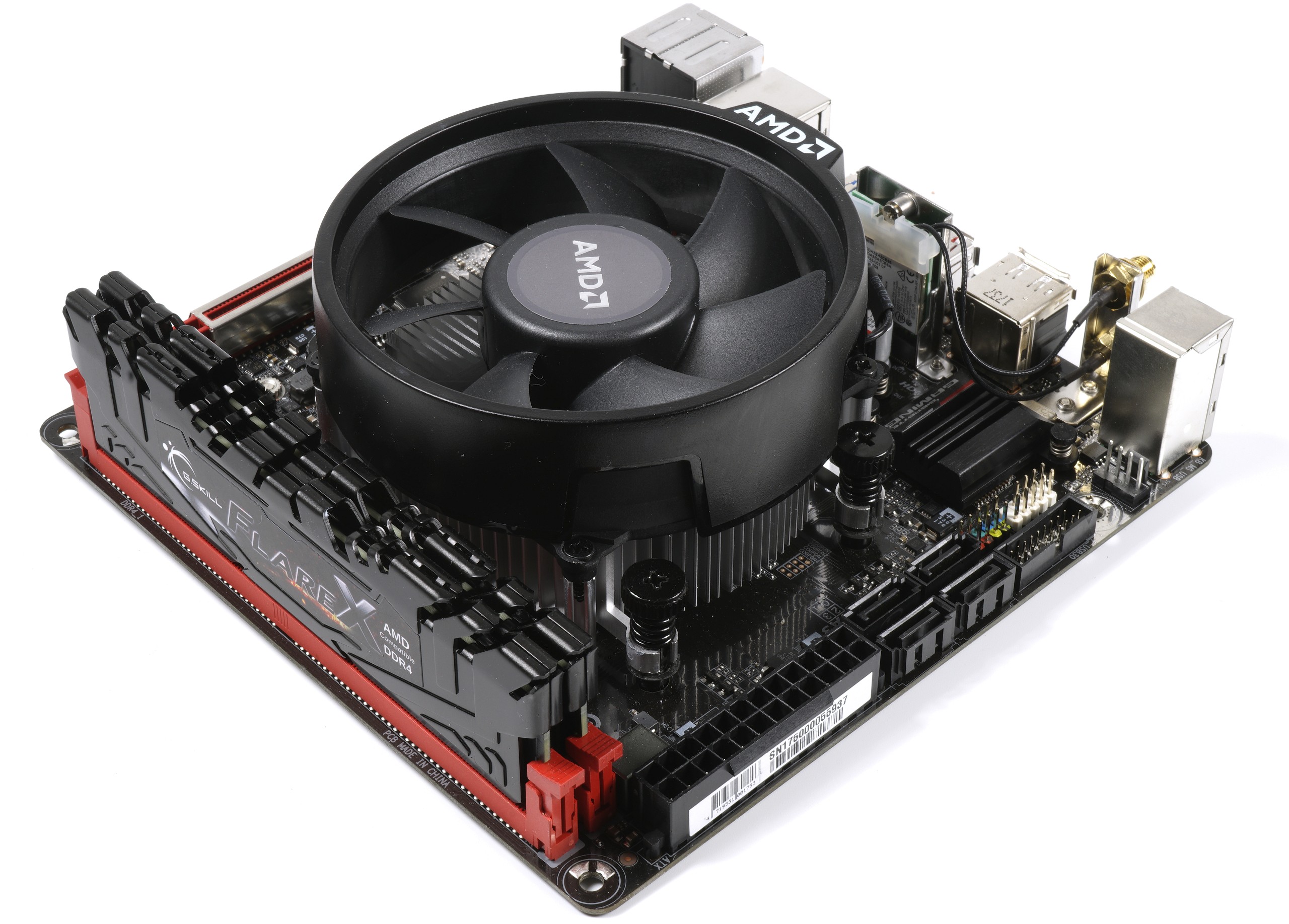 As with the launch, the AB350N Gaming WiFi from Gigabyte and the FlareX DDR4 3200 from G.Skill serves as a motherboard. IT could easily have been a little different, but man is a habitual animal and likes to take what he has been able to tick off as working. So it is here. New BIOS on it, plug in, ready. Only with the Wraith cooler was some rework due later, because unfortunately my nerves don’t get any younger.

First of all, of course, the question arises: where does all this fit in? With the approx. The 2.7-kilogram Milo ML06-E is nuptited at 82 euros, but it would also be significantly more expensive. Or, conversely, significantly cheaper and, in return, lower in quality. But who wants to have a corrugated iron hut in the living room? I prefer to leave them where they belong. For me, however, the advantage of the ML06-E is most likely due to the width of 35 cm, because it fits exactly on my fat subwoofer.

Except for the brush-top7mm aluminium front, the whole thing is a solid steel plate block. If you start at this size with 0.8 mm SEC, then it all has almost a touch of eternity. Torsion stiffness here is not only a willing adjective, but program description.  Well, so filigree is different, but hey, we also have the children. Every massive purchase is a great thing that calms down.

We disposed of the air, which AMD’s boxed cooler can do well enough, even the SSD cage is superfluous. Especially if you want to install an in-house Silverstone power supply without cable management. With cage, the feeling is worse than the unholy trinity of bus, professional traffic and thick standing neighbours.

Silverstone also has power supplies and whether gold or bronze – as long as the part is properly dimensioned, the low load range can be even more efficient than with large gold bolts. And even if, until the extra price is virtually lined, no one can spend in front of the bell. The good piece has no cable management, but with the SSDs we have something else in mind. For less than 50 euros, the Silverstone SFX power supply is not a bad choice.

The belly bandage with the hint that the fans only start when you really need them is nice and Kevin-Klaus safe from a useless complaint. By the way, the fan only jumped once during the mandatory stress test in the hotbox. But whether this is one of my daily areas of application can be questioned. Ergo fits that. So it’s hard to get it much cheaper anyway.

Since we don’t have to put a graphics card, there was room for a nice thought game. Where to go with the SSDs, if the power supply cables feel so comfortable at the planned location that they can’t even want to leave? Right! Check if there is a suitable additional plug-in card! We were able to attach an NVMe SSD to the bottom of the motherboard as intended, but is that enough? You can use the one x16 slot cleverly with the x4 additional card and even put two cards in addition!

Interestingly, this even works with two cards at the same time, whereby the second card has to be connected with a SATA cable. Older mSATA cards are not supported. It’s a pity, but you can’t have everything. The chassis also supports optical drives, which must be delivered in slot-in format. Silverstone has something in its portfolio, but there are also cheaper alternatives.

If DHL plays along. The planned drive was ordered, paid for and handed over to DHL, but unfortunately the delivery date fell on a Saturday. Unfavorable if the delivery man (of course purely random) always has no desire on Saturdays (again). Apparently no one was at home with me at first (stupid only if the surveillance plant did not register anything at all) and after I had confronted THE DHL with this fact, the parcel suddenly in a far away branch, to which it supposedly completely ” delivered as desired” was no longer detectable. Temporary total loss, delivery complaint and a pamphlet hotline are all that remained. Then just without. In addition, we save ourselves the cooler conversion to an expensive 3rd party product. 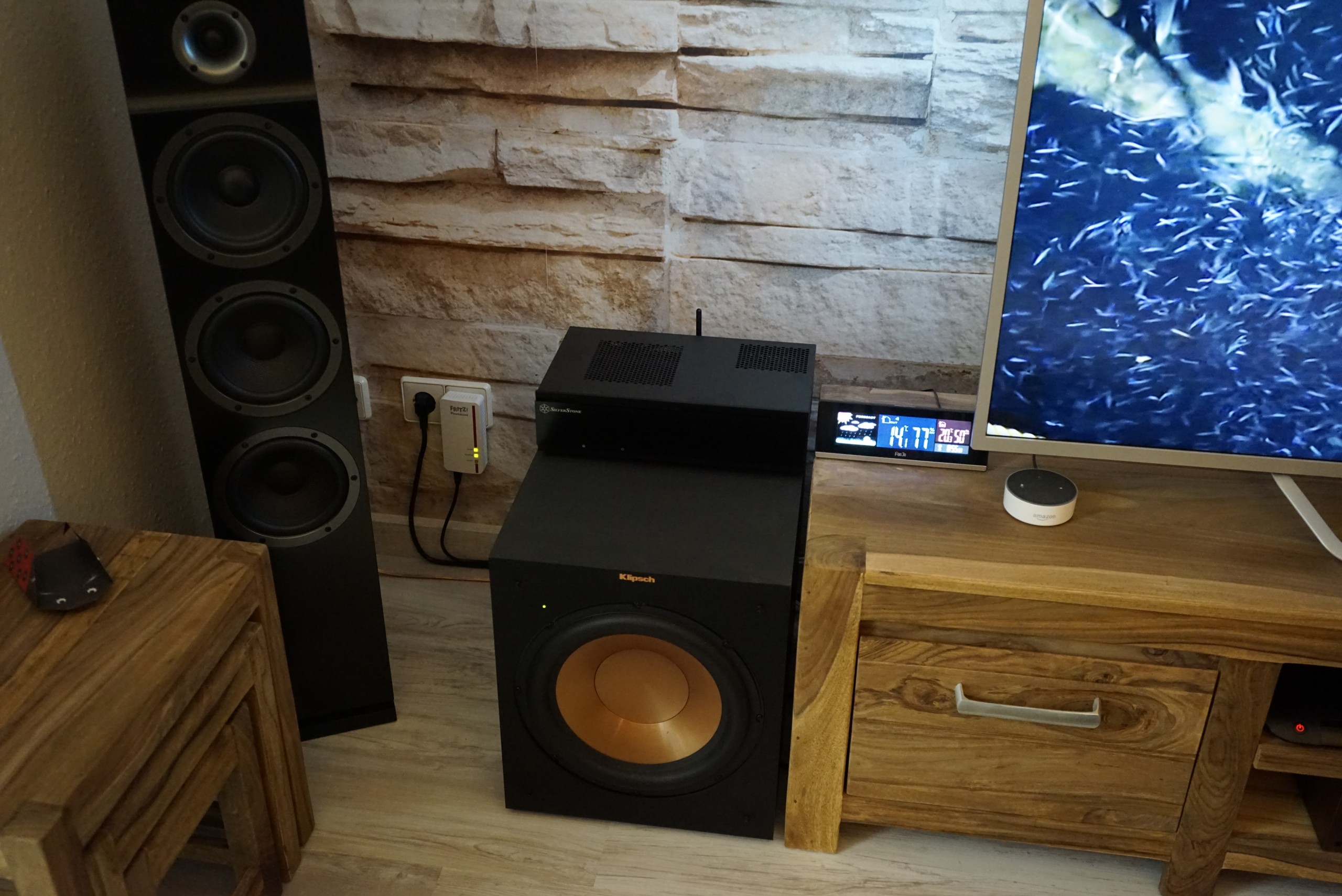 Before the whole thing goes into work, I have alternative setups on how to set up such an APU-HTPC cheaply or extensively. After all, the lack of a slot-in drive has the advantage that you can use AMD’s very high boxed cooler. There is enough space, albeit unintentionally.

The following list consists of tested components. Especially with RAM, the APUs are extremely sensitive and DDR4 3200 should be. Otherwise, you drive the integrated graphics with the handbrake on. And nobody wants that. Of course, the FlareX from G.Skill, which I installed, also go, but they cost a little more. By the way, the table also shows how quickly you can double the entry price. Typically, however, you should also be able to be happy in the mid-500 euro range.