No, AMD really didn't have it easy with and with the launch of the Radeon RX 480 in reference design. In addition to the initially poor availability and the resulting high street prices, it was above all the current surge problems that the kart...

No, AMD really didn't have it easy with and with the launch of the Radeon RX 480 in reference design. In addition to the initially poor availability and the resulting high street prices, it was above all the current problems that caused the map problems. The somewhat unfortunate division of the voltage transformer trains between the respective supply rails resulted in a standard breach of the maximum current determined by the PCI Express SIG.

We had a review of this circumstance in the launch article AMD Radeon RX 480: Can Polaris counter Pascal? as well as in the detailed follow-up AMD Radeon RX 480 in detail: power consumption, layout and standards reported in detail.

AMD had a driver solution in a very short time with the so-called "compatibility mode", which we examined in the article AMD Radeon RX 480: New driver relieves the motherboard clearly under the microscope. It is precisely this mode and the shifting of the balance between the voltage converter trains via the I2C protocol that has again been the subject of the feedback we have received. 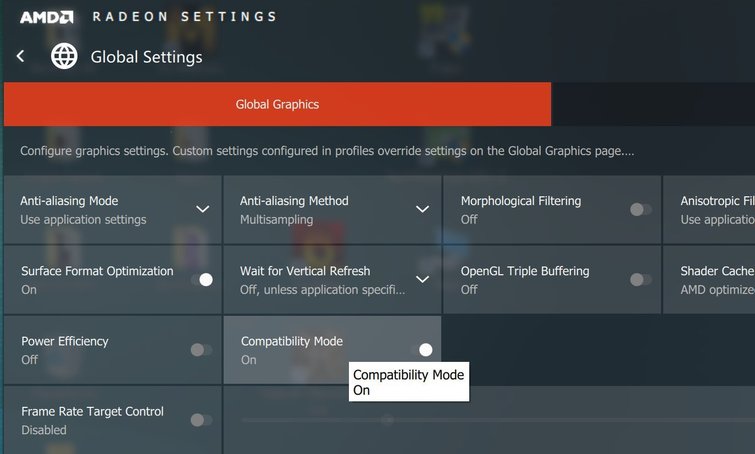 But what reason should AMD have to remove this mode – especially since you have to activate it anyway? But before overzealous contemporaries try to drive one or the other sow through the village, we measured again exactly and compared all three relevant drivers in detail.

This applies to the Crimson 16.6.2 launch driver, the pre-final Crimson driver 16.8.2, and the current hotfix driver 16.9.1, which we were notified of as the polluter. The solution was as simple as it was surprising – but always nice in turn. 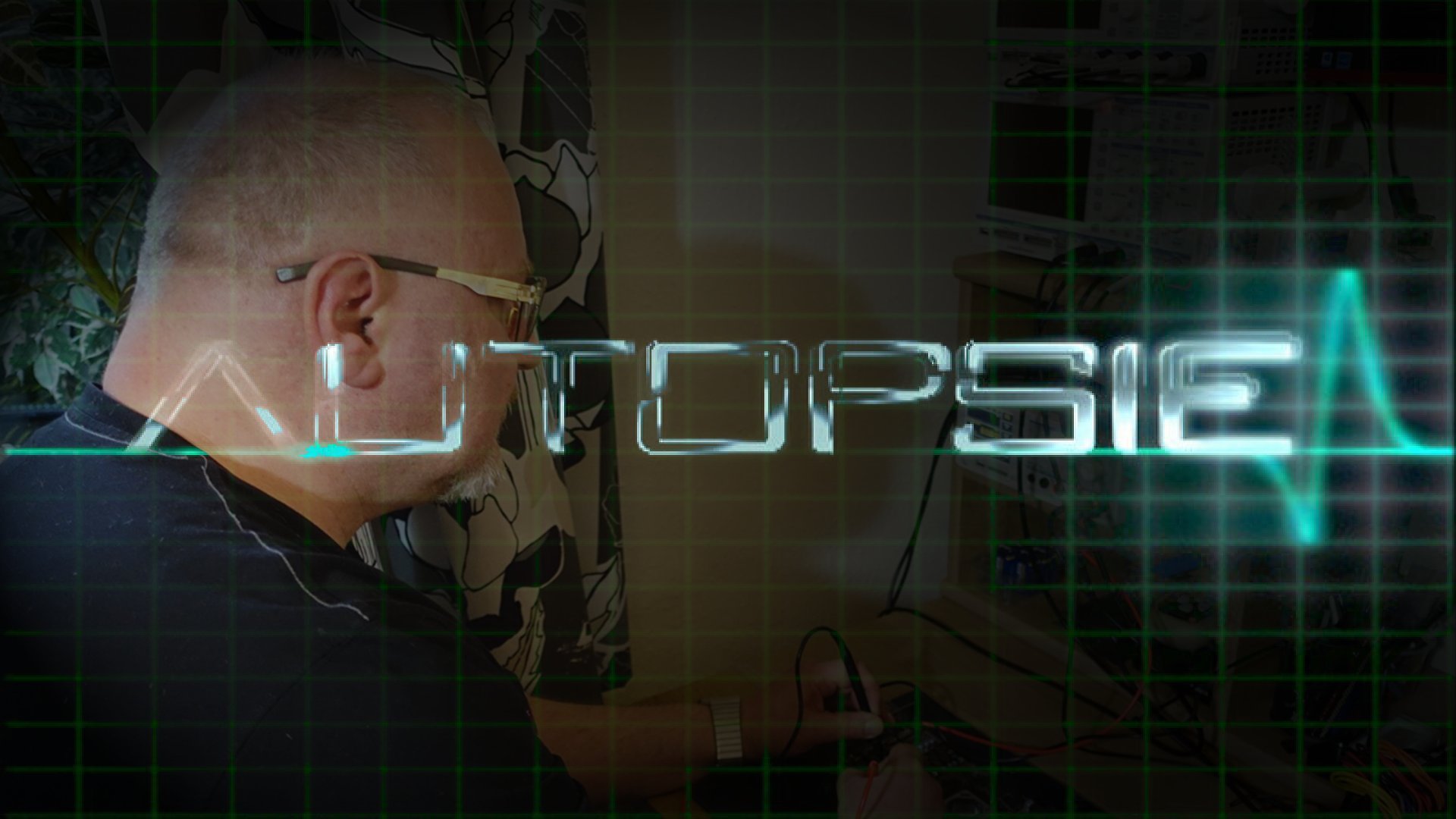 Currents and power consumption of the individual rails

We now compare the three drivers under identical conditions with the same benchmark that was used at launch. Since the standard – as explained in detail in the above link – primarily includes the flowing currents (because only they are really relevant), we naturally advance this result.

The first thing we see is that nothing has definitely deteriorated with the current Crimson 16.9.1! A forum entry in Overclockers.net then already gives the possible answer, what may have led users to such statements. But even more so, because the very reasons why we were prompted to do so are precisely the causes. First of all, however, let's focus briefly on the numbers: 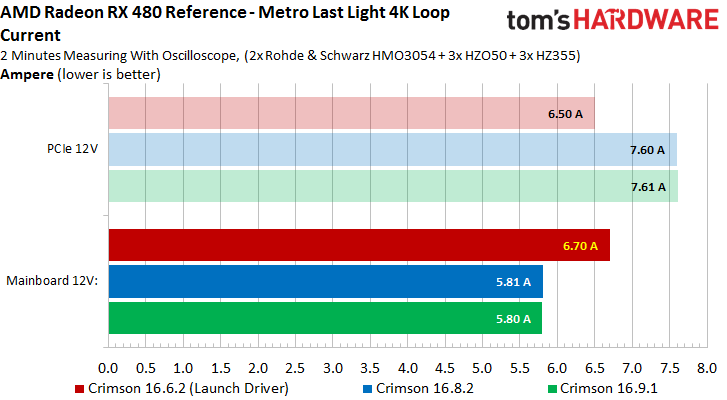 With 5.8 amperes, the current for both drivers that use the compatibility mode is only minimally (exactly 0.3 amperes) above what the SIG standard requires with a maximum of 5.5 amperes. So from this point of view, everything is fine and the values have not changed.

For those who can't do anything with currents, of course we have the whole thing in watts again, but at the same time we also point out once again that there are no 75 watts on the 12-volt rail, when the voltage is exactly 12 volts, but only 66 Watt, even if unfortunately this error is widespread and the norm is now somewhat outdated. 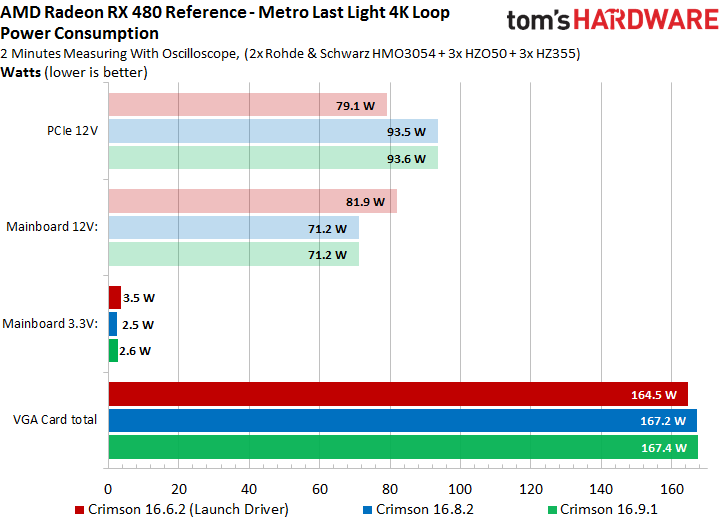 Let's start with the latter. We have noticed several times that a driver update mercilessly overwrites some basic settings with the default values. Since this is done sporadically and obviously there is no system behind it, there is actually only one piece of advice for owners of the reference card who want to use the mode: After each update, it is necessary to check whether the compatibility mode is still activated.

The other cause is a little more complex and to look in the game instinct of the users. In the meantime, there are tools and possibilities with which you can make your own BIOS modifications using the current driver or downloaded and modified firmware can also flash without a valid signature.

For this reason, we advise all less savvy users not to use BIOS mods of unknown origin and with unspecified changes. If the performance of the reference card is not enough or if you want to make it more economical, you should definitely rely on a software solution.

But even with such tools, problems can arise, as we have seen ourselves. Crimson uses the I2C protocol to communicate with the power supply PWM controller for trickery with compatibility mode.

Then an overclocking tool overwrites the values set by Crimson, at least the function of this mode is overridden again. In any case, one should think carefully beforehand about what one is really about to do.

And what about the Idle? Nothing, unfortunately.

Immediately after the launch, AMD promised us to take care of the very high power consumption in the Idle. Since a few months have now passed, we have simply checked again whether something has changed for the better.

In any case, this has not been the case so far, which we find very unfortunate. Because we had these untimely high values of up to 17 watts in idle mode years ago.

Anyone who moans about the non-functioning compatibility mode is therefore to blame for this – whether through a thoughtless BIOS mod or third-party software software-based overwriting of firmware specifications. AMD definitely can't do anything about it in this case.

One should therefore approach such a case with the necessary composure and the right equipment, before the waves of emotional indignation hit again. At the very least, you can learn not to follow every modding bubble blindly if you can't estimate the consequences.