After I was able to test the Toshiba Tecra X40 (reader test) at the beginning of 2018, I replaced the existing 240GB M.2 SSD with a 1TB M.2 SSD. As a result, the Samsung PM961 240GB M.2 NVMe SSD was virtually over and should not be uselessly "rumoxidizing". So For a while I was looking for a solution to be able to use the SSD externally without the need for an additional power supply. Unfortunately, there was no such solution, because all external solutions were only for SATA SSDs in M.2 format or needed an additional power supply. In September, this solution finally came onthe market. 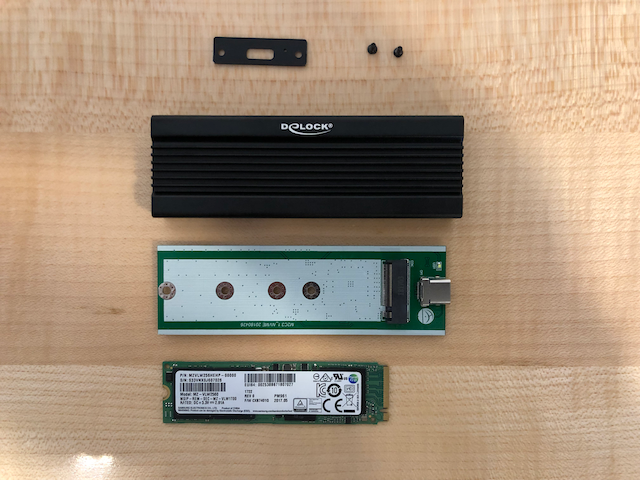 As usual with the M.2 format, the assembly was relatively simple. The only problem was the thick thermal pad, which is also part of the weak point.
The pad is designed to ensure heat dissipation, which is all the more necessary in this closed construction. I had to squeeze the pad together to push the board into the case. How little space is available can be clearly seen by the rest of the pad at the edge of the case.

Now to the numbers

In the first test after the conversion, about 930 MB/s were read but only 130MB/s write. 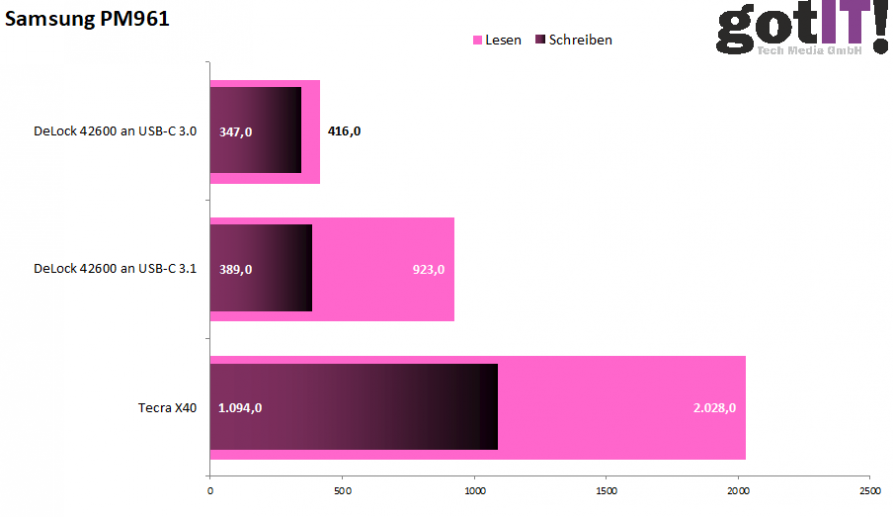 I was already thinking of a fall, but after I had further tested, a write rate of around 340MB/s was set, which was also maintained for larger transmissions. The reason was certainly the pad, which had to expand first, which gave it more contact with the case and then was able to cool down better. Unfortunately, I could not read out the temperature of the SSD, but a measurement of the housing by means of an infrared thermometer reached a peak value of 51°C at an ambient temperature of approx. 22°C.

Thanks for the review to our reader amd64