Five days ago there was again the annual EA Marmot Day (quite mis-entitled call this also the NFS memory infusion cycle). The eternally saluting Need for Speed, meanwhile already badly old and like a veteran harbour d...

Five days ago there was again the annual EA Marmot Day (quite mis-entitled call this also the NFS memory infusion cycle). The eternally saluting Need for Speed, which has come of age and is decorated like a veteran harbour diva with plenty of dents of physical and mental wear, was quickly downloaded and installed. Start!

Usual déja vu or finally a physical retreading instead of bid-oxen recycling of existing meshes and textures? And sent as a brave old 94er (yes, Need for Speed is really already 23 years old!) and players of the first hour the input device in the last years usually after only a few minutes unnerved and bored in a geostationary orbit, this time was at least some things are terribly different. So work rather than orbit? 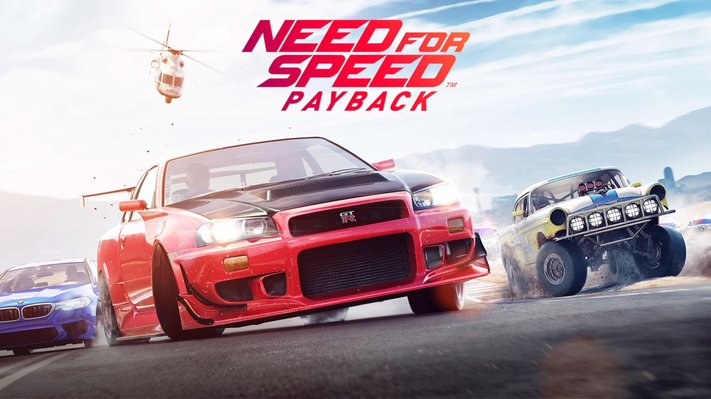 The steering wheel, pad, keyboard and mouse are still on my desk and I'm even done. Incredible, but true. The career of this year's street cleaner event cost me a whole six days, after the work done, of course. That means something, because at the last times you could just inflate my shoe after only a short period of suffering. No desire for frustration and the long-time trained delete finger was always just a click away from the final firing of the installation. This time, however, I bravely persevered and the NFS-compliant tunnel view finally saw a good light at the end of it. 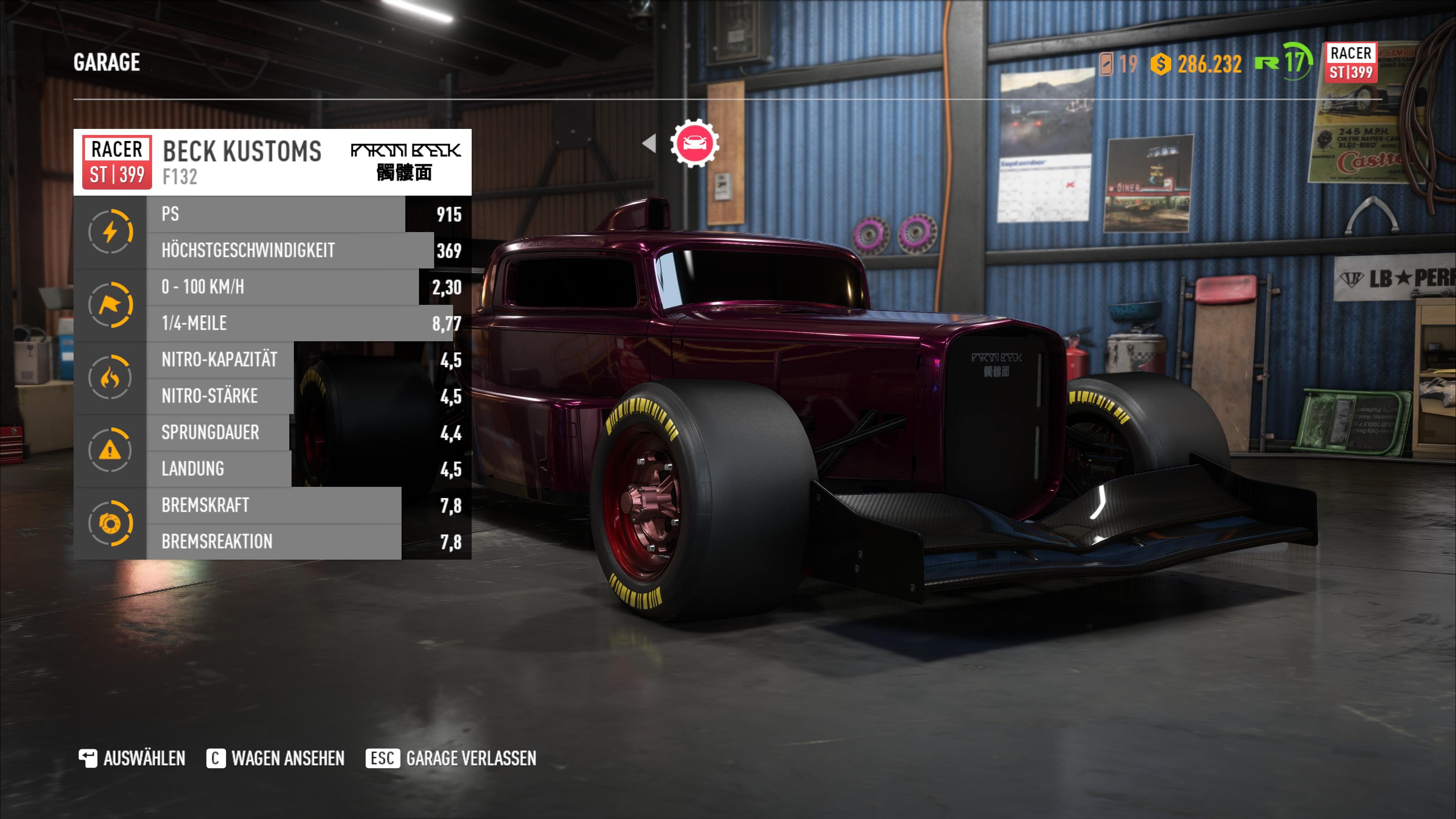 Sure, as a player you are not voluntarily born grind and the episode of hunting and collecting we prefer to leave the old forefathers. Of course, you could argue about the micro-transactions in the game with a liqueur or beer at the player's table, but if you don't have even a fraction of your skills over the lost NFS years with Sterni & Co. then you manage the whole career in that way. That is the good news. So the current attempt at the felt 100th revival in many areas has somehow paid off? Definitely yes, albeit with the necessary limitations. 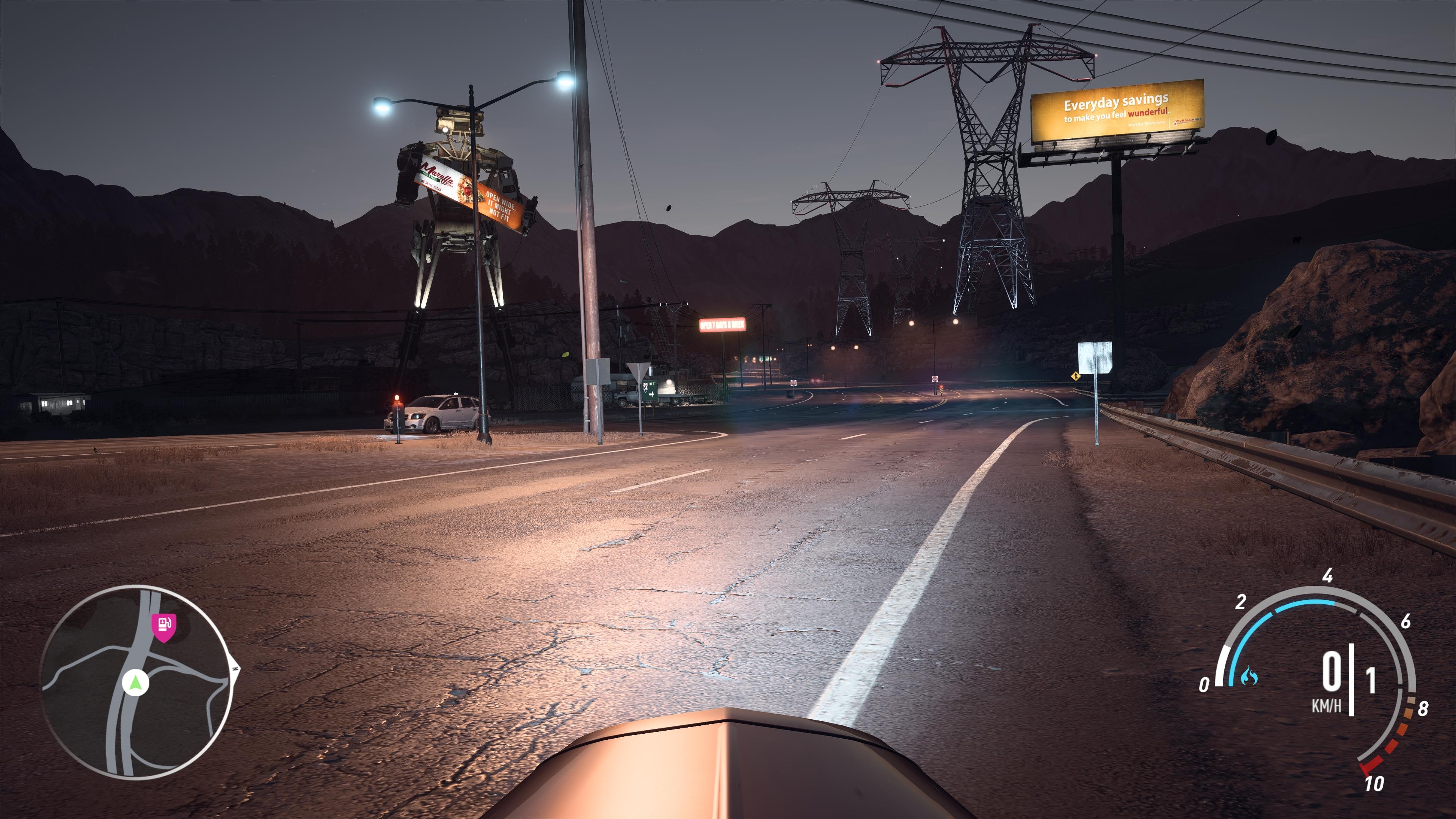 Times change, habits too. The generations of players who have moved on have probably also hidden or not even learned what the series has really made out in the past, of course also due to the lack of real alternatives. This is called zeitgeist and generation smartphone. Fast-paced rather than repeat factor, more and more new things and games changing like underwear are in full swing. Payback is just right.

In principle, I don't read reviews or reviews until I've at least been in solidarity myself. Yes, one can also try subjectively and testosterone-controlled, nevertheless still to judge somewhat objectively – after the first stomach poison has settled down relieved. 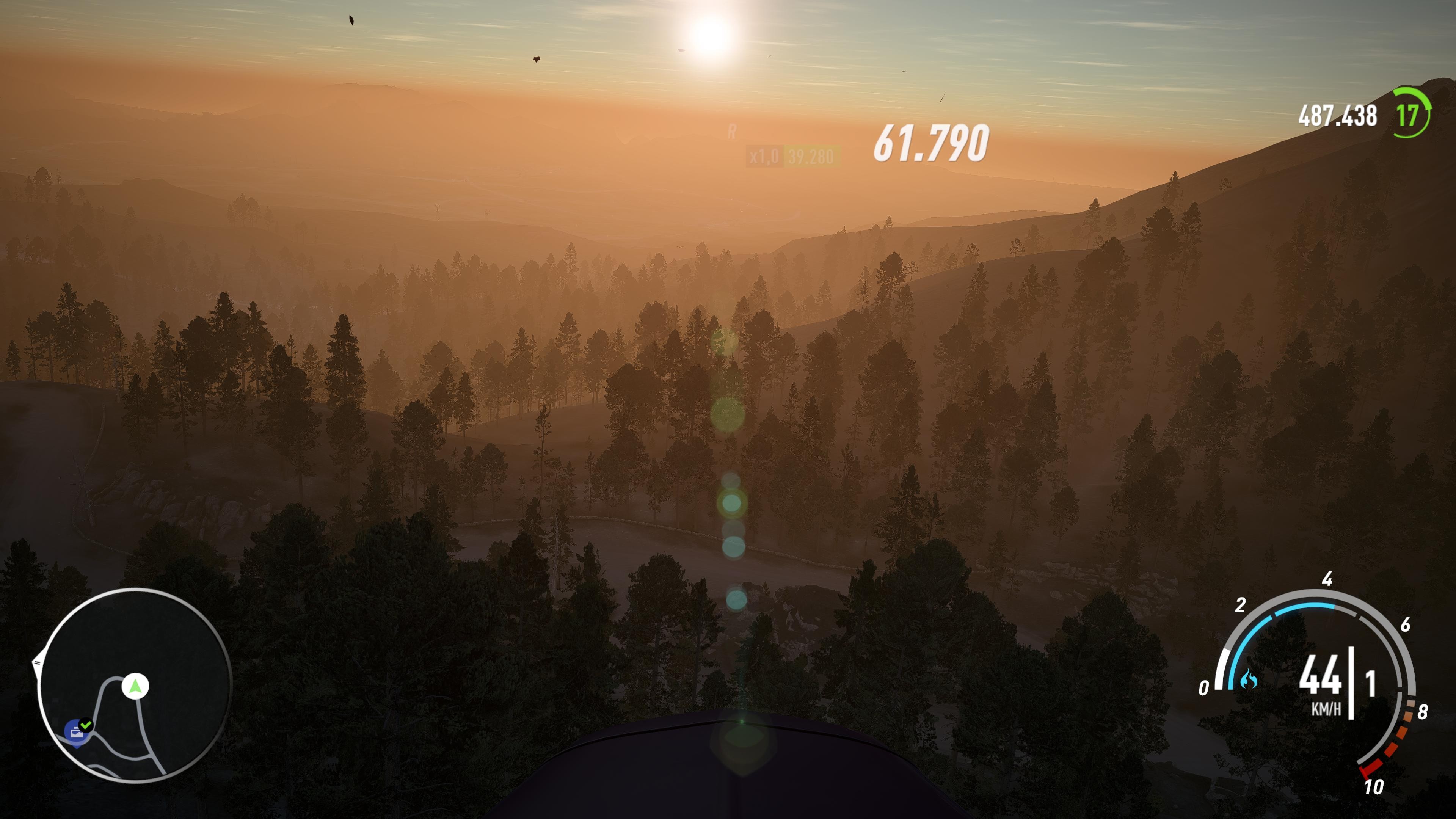 Visually, the city, the country and the mountains make a lot of things, the vehicles are clearly recognizable as such and the surroundings are no longer really Sagrotan-sterile. Ok, a bit lifeless empty, but you know that from the province. Coarsely textured pixel grits are not even available on explicit orders and a certain crispness even goes almost lossless to the house.

Of course, you can't take anyone off your stool these days, but it's at least a very nice base on which it can always be built commod. So you can leave the graphics like that, because there are really worse things. Cola egg liqueur, for example, which was not to be missed at any girls' party in the days of The Need for Speed in 1994. 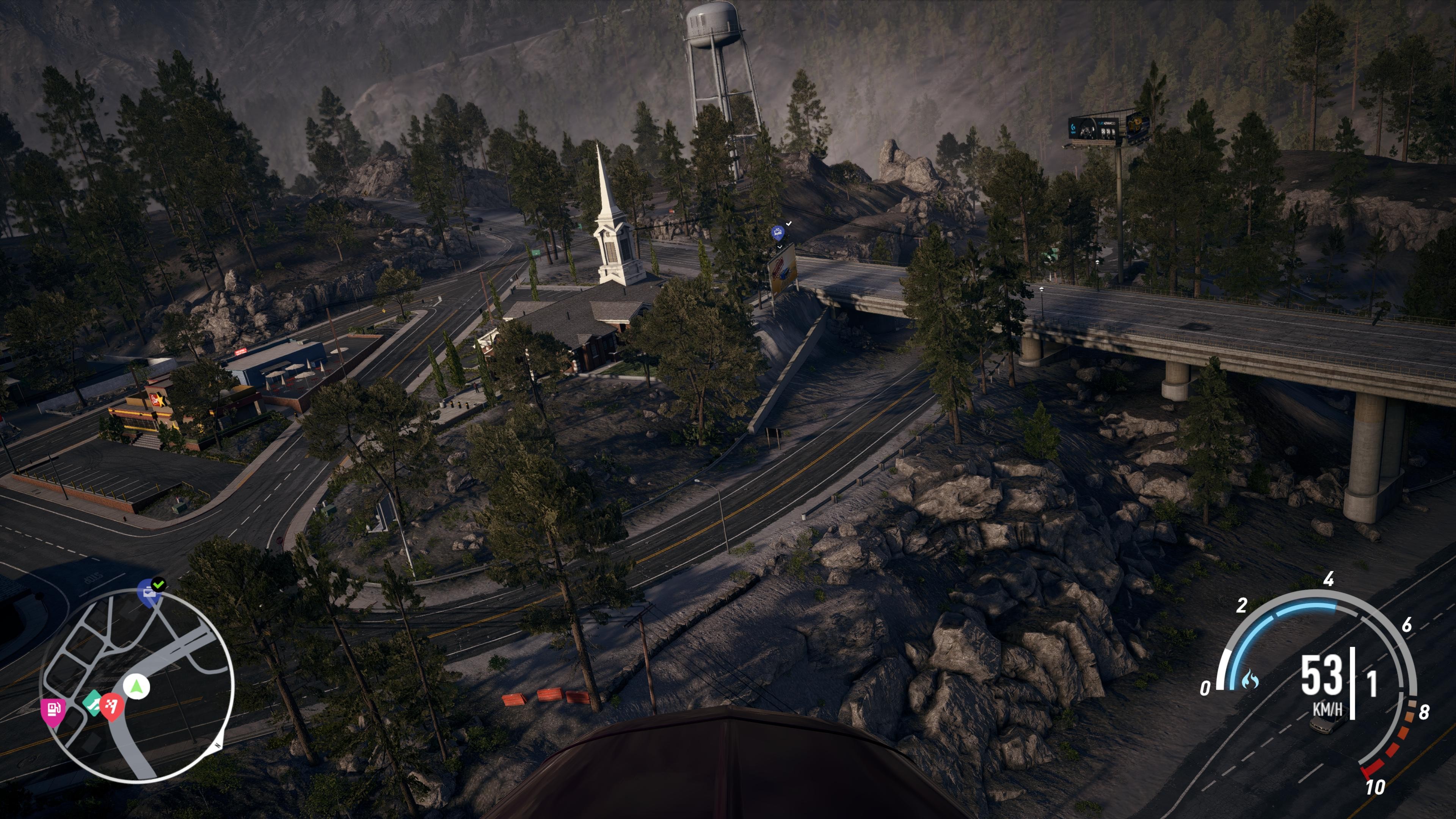 The story is brutally banal as always, but even the most lame cut scene can now be endured without partial anaesthetic and even with a gesture of nonchalance, because at least the plot does not slip completely into the absurd. You just skip the rest as needed and do what every man has to do: drive, nothing but drive. Even if a real driving physics is not even available at an extra cost. But she doesn't really have to, because what would a stylish arcade be without clichés, wall-riding and physics blackouts?

Incidence angle equals failure angle and fuseity does not protect against failures. Need for Speed said goodbye to a simulation 17 years ago – if Need for Speed was something like that. Then rather apply really thick and just don't take everything quite so seriously. It's good entertainment in the end and not a driving coach. 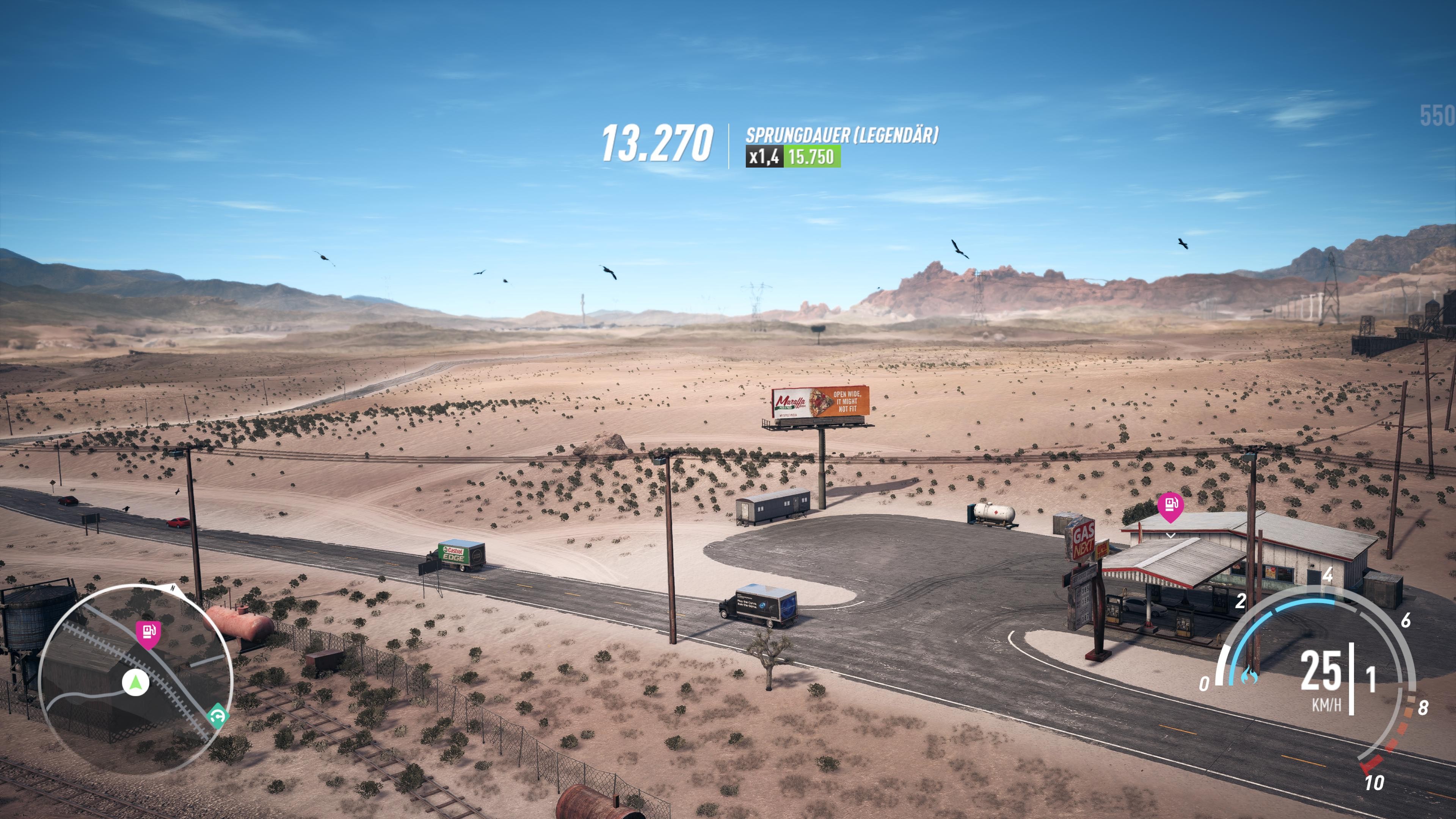 The advancement of the career with the different race types and their quest series is a quite successful idea in itself, the celebrated character change somehow also. The fact that you can no longer complete all the races with just one vehicle (the legendary 106 Peugeot from Underground 2 makes a salute) then of course also makes sense, but costs a lot.

Which would have brought us to the (always scarce) coal at the beginning. Who now mocks and revels in memories of the good old days: even in Underground 2 we have at first felt felt eternities through the city to collect any banknotes or to drive hidden races with the annoying outruns. 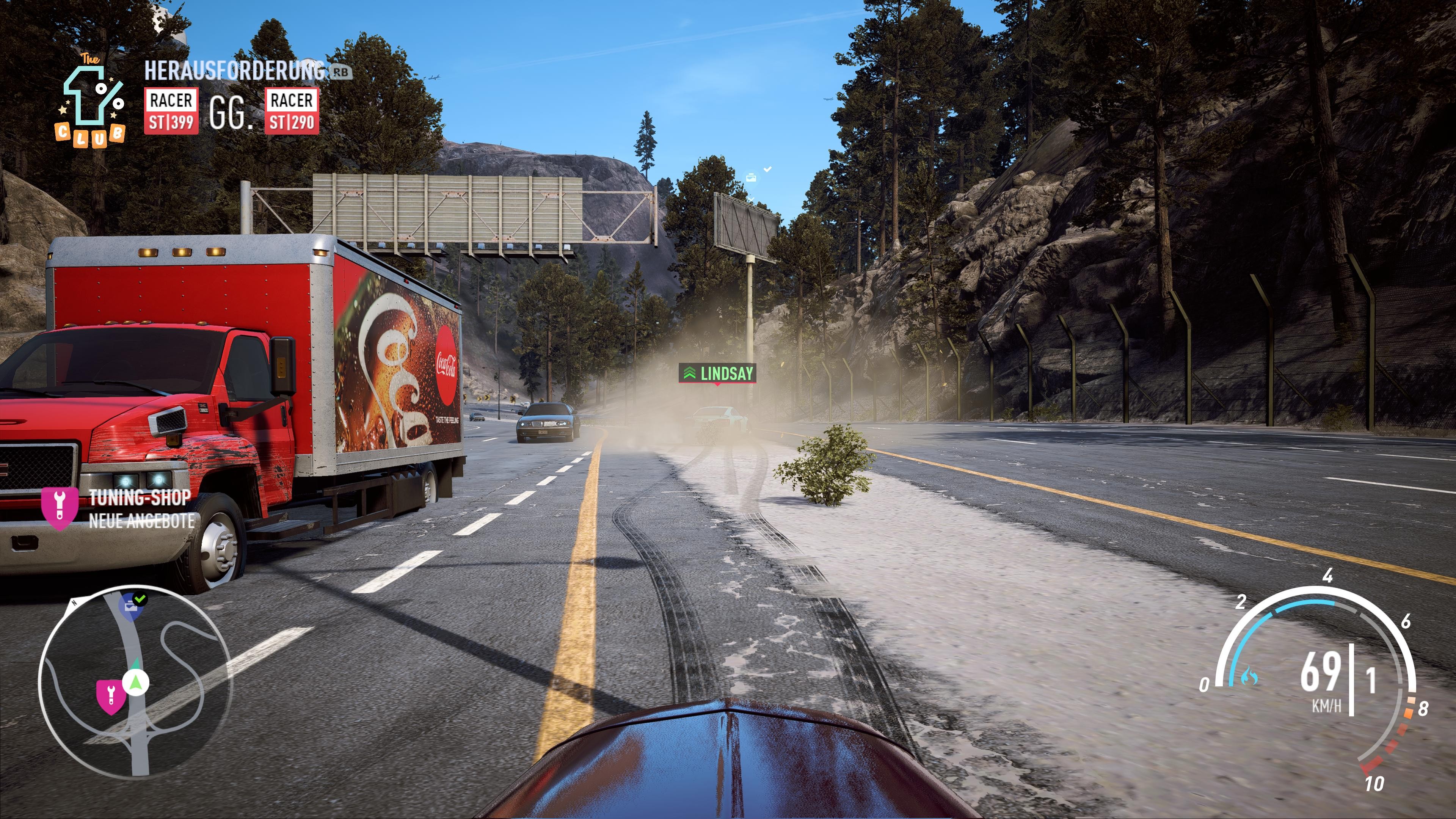 I really am not born to grind and also refuse to take part against the ubiquitous and unfortunately present-day advantage-versus money-mentality of newly wealthy microtransshareholders, so you simply focus better on your skills. And behold, with a reasonably tuned vehicle (less is sometimes even more) and the appropriate, race-typical settings (indispensable), one gets farther than one might think.

If you are now crying about supposedly unattainable drift records, it is recommended to screw something on the balance, the steering behaviour and the handbrake before you uselessly burn money into upgrades. Usually a few, but good drifts are enough to progress immediately. 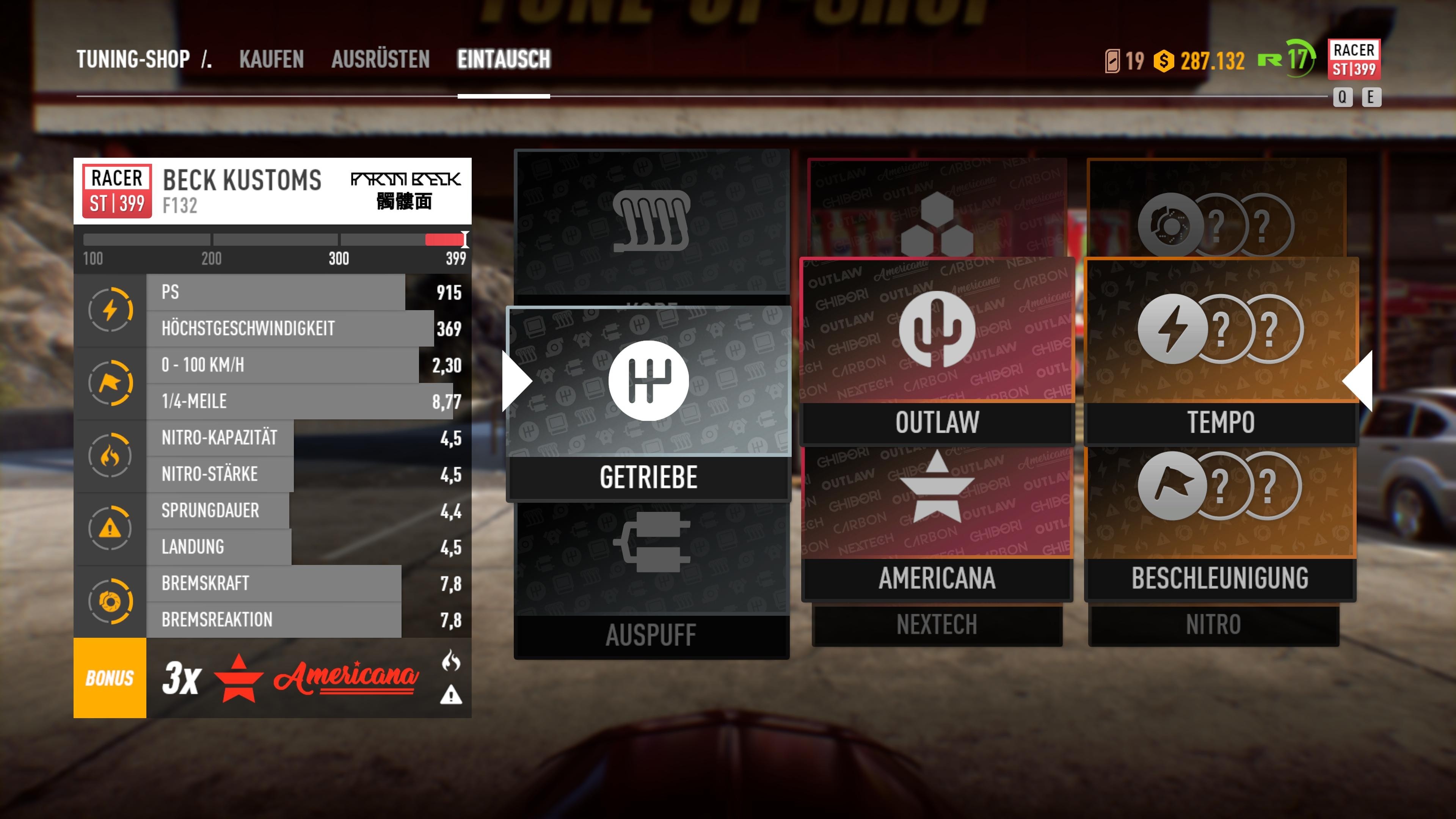 Ok, some races you have to restart or drive several times in the game, but the AI is finally quite predictable (as always), the obligatory and extremely annoying rubber band by the way (unfortunately). There are always the same corners, where the actually already suspended muschpoke suddenly sticks at its very best like a spitted chewing gum on La Nia's boots. But once you have internalized this, you simply rearrange your driving behaviour. Just don't split too quickly and the world is fine for AI again. Fits. 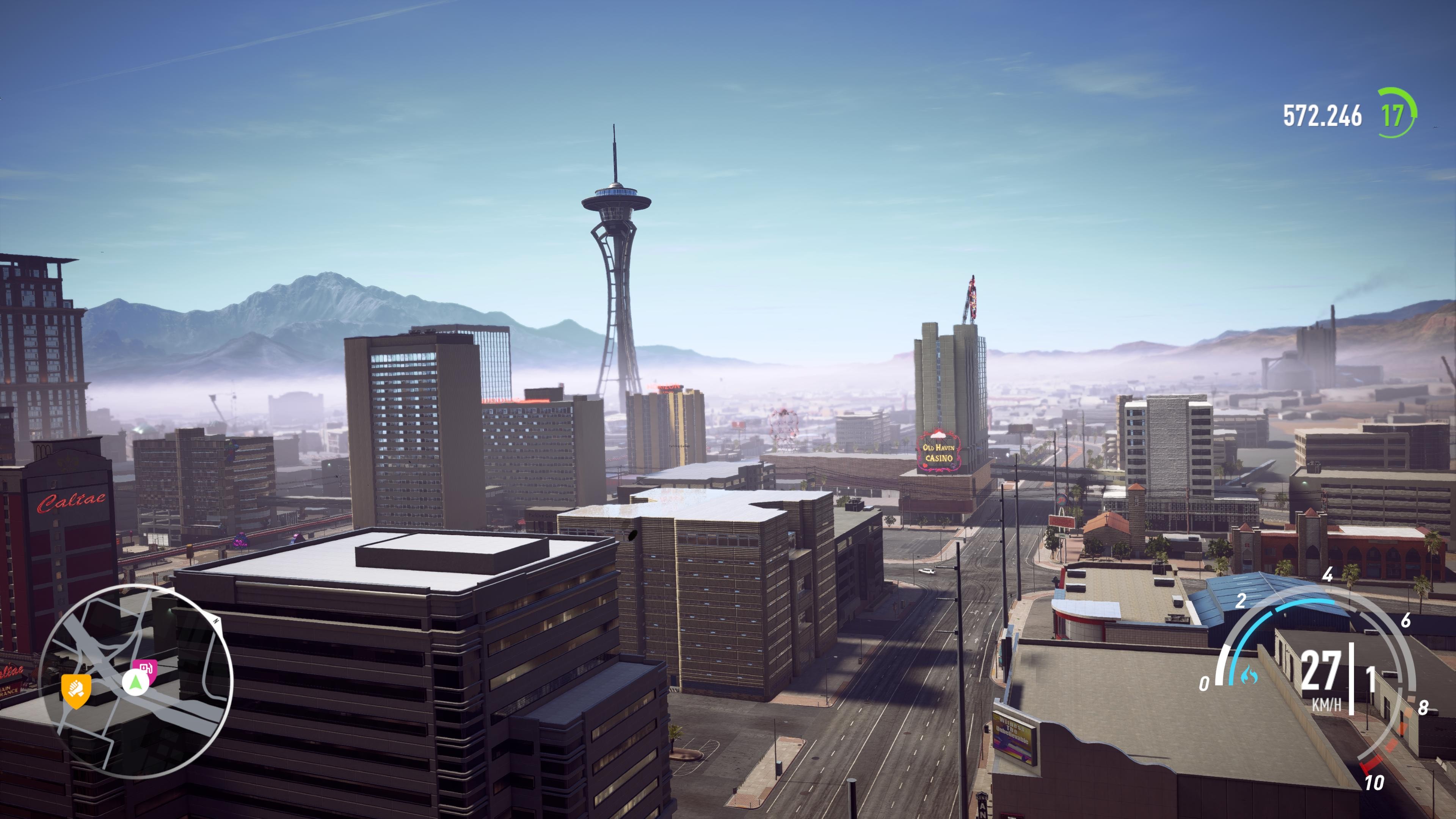 Just cruise and practice for hours? Ha, that's possible again! The local police are almost always almost completely absent only in certain events or story transitions, but then in concentrated penetrance. Rhinos, kill tech, nail bands, locks – all but more well-dosed and a little less. For this, tighter times between the measuring points. Sure, you can argue about it, but more fluid driving instead of scrap press a la carte has its own charm.

Only the never-ending application of old billboards and jumps from burnout paradises still annoys – please bury at some point with conspicuously inconspicuously. And so the game is more of a mixture of NFS Underground 2, Most Wanted and just Burnout Paradise, but thankFully far from the extreme misconceptions like Shift, Undercover or The Run (list incomplete, please add individually). 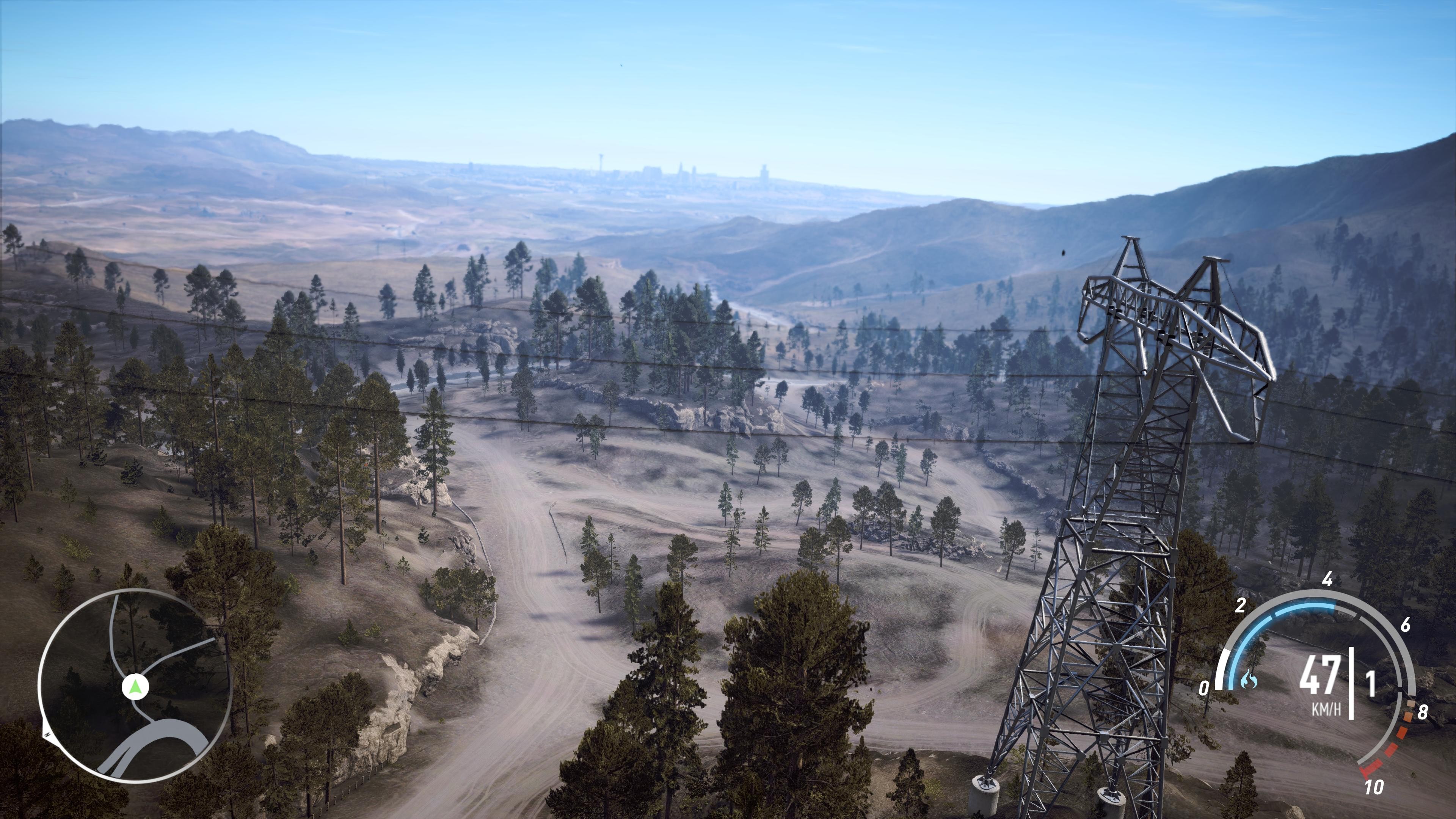 In the end, after almost 1200 kilometres of games, the result remains the personal realization that it could not be a reboot of the series, but it could be a real new beginning. This calms and frightens to the same extent. Please do not break again, but carefully build on it. Then there will probably be some marmot memorial days. Dead people live longer? Even true this time. Just a little different.