You are looking for a suitable OEM with relevant experience in this field, a marketing expert who believes he knows the market and its current trends, as well as a few PR-spezis, whose slogans then still make the whole thing child-friendly... Headphone measurement As we test, we have already explained in the basic article "Gaming Headsets: Myth, Truth and How We Test" in great detail and transparently, because with the usual audio chatter of bass thunderstorms and tweeter whips... 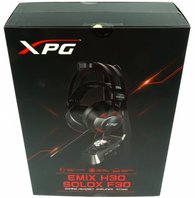 Look for a suitable OEM with relevant experience in this field, a marketing expert who believes he knows the market and its current trends, as well as a few PR-spezis, whose slogans then garnish the whole thing in a child-friendly way verbally and visually. The shelf striker is ready, which will provide hyperventilating gamer hearts and full cash registers. If only it were so simple…

One thing must be left to ADATA, the project is quite ambitious; by the way, it is also the price for the newcomer. With approx. The combination of the XPG Emix H30 and Solox F30 is not exactly a Framstag savings offer from the penny box, but quite a self-confident announcement.

So let's just unpack what we got packed for the money in Asia. An Emix H30 headset with a pluggable microphone, a carrying case for the headset, which seems a little superfluous, because you can only use the headset cumbersomely portablely, an introductory handbook, the stand with headphone amplifier Solox F30, a mini USB connection cable with 1.6 meters length for the latter and plenty of Asian air in a proper box.

The presentation is right, even if the current technical status instead of a cumbersome Y-cable and lean USB 2.0 would rather suggest USB 3.x with Type-C jack. But before the OEMs finally think along and rethink, a lot of water is probably still flowing down the Yangtze River. Be that as it may, it goes.

From the desk to the horizon: plastic, wherever the eye reaches. Whether it's a stand, amplifier housing or headset, it's the same anthracite-colored plastic landscape that dominates the viewer's image. At least the handle is made of blackened spring steel and if you take a closer look, you will also find one or the other, smaller metal application.

By the way, the stand, including the amplifier as a hanger of the whole, does exactly what it is supposed to do: it stands. Stable enough not to overturn even if the gallows object is thrown at a cursory time. Weight and inclination are well matched and so the stand does not take too much of the usually quite scarce desk space in situ. Land robbery is therefore cancelled, thankfully. However, we can get to the magnetically popped amplifier separately. 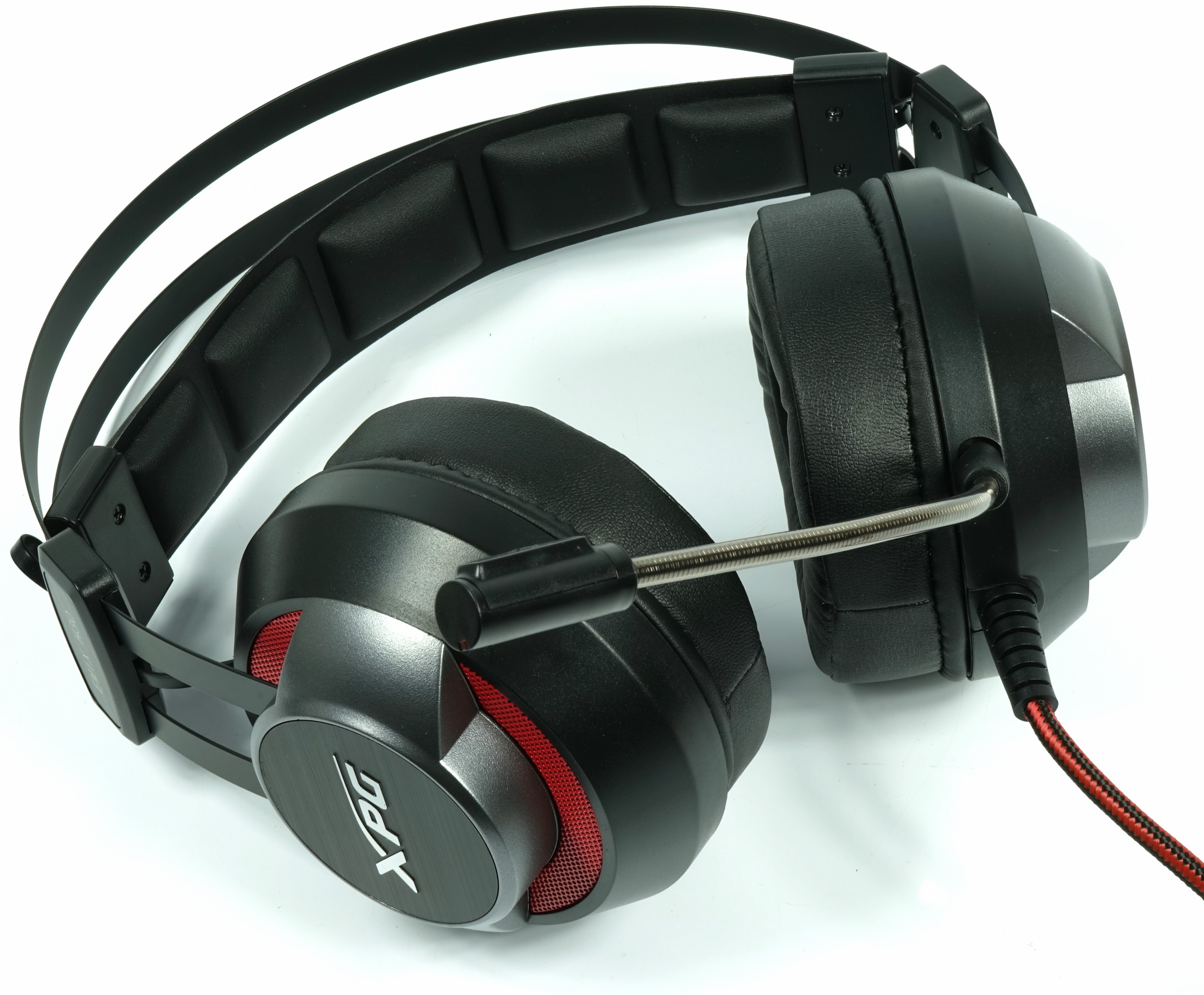 The headset itself relies on the already mentioned plastic bodysuit with non-adjustable spring steel bracket. The backs of the two earcups are decorated with a hole metal application in red, behind which is LED lighting. The flexible gooseneck microphone can be plugged in (and peeled off). The adjustment to the head of the wearer is done on the one hand via the well-known winding mechanism of the self-adjusting headband and on the other hand via the lateral flexibility of the handle. But that must be enough.

You look for hinges in vain, because the OEM also relies on rather baroque ear pads made of PU-leather imitation, whose soft curvatures would probably have delighted Rembrandt van Rijn. Unfortunately, these cannot be removed non-violently, so that in the end it can and must only be directed by a wiping cloth.

The posters close relatively tightly, with the handle looking a little too stiff overall. Because the seat was not ideal, because the contact pressure on the sides is very different. This ultimately also influences the subjective sound perception of each individual, depending on the head shape, size and final seat.

The microphone can be plugged into the bottom; however, it is essential to pay attention to the slight flattening, otherwise it will be nothing. The whole thing is a bit difficult, but at least (initially) also safe.

The slightly thick, textile-coated connection cable has a decent strain relief and is not removable. Contrary to the manufacturer's specification, it is approx. 2.2 meters long (i.e. approx. 20 cm shorter), which is still more than sufficient. Only the additional USB connection, which is only needed for the colorful ear flashlight, disturbs the operation on the go, but is probably also the reason for the thick cable thighs.

The hardware of C-Media (CM6571) is, including driver, currently in some USB sound solutions with 7.1. surround emulation and digital sound processing (DSP). She met us already (in modified form) with the Cougar Immersa Pro and the Tt eSPORTS CRONOS Riing, including the exact corresponding sound profiles from the C-Media modular system, which we still have to talk about.

The Solox F30 also uses an integrated USB2.0 hub that can operate up to two additional devices. All this is powered by a USB 2.0 cable with mini USB jack and Y plug for power up to 1 ampere. USB 3.0 would have made more sense, but would also cost higher royalties. On this left side we also find a stereo output that can be switched on, switched off or operated exclusively. 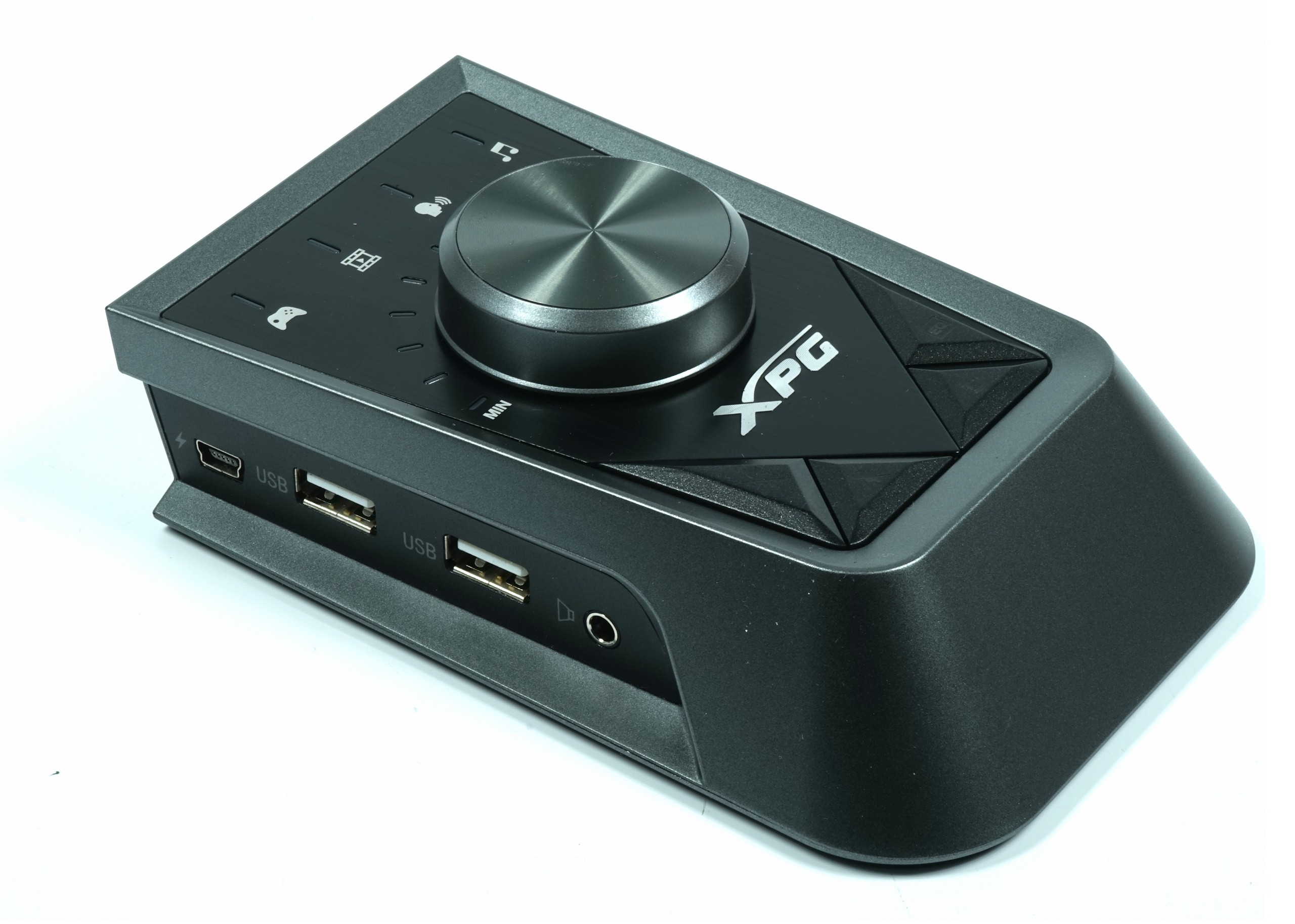 On the right side you connect the headset with the two 3.5mm jack plugs for the headphones and the microphone, as well as the USB plug for the colorful ear flashlight. The round knob is used for volume and four buttons allow you to switch between preset sound profiles (gaming, cinema, voice, music). Of course, we measured the sound results later, as well as the headphones separately on the reference amplifier. 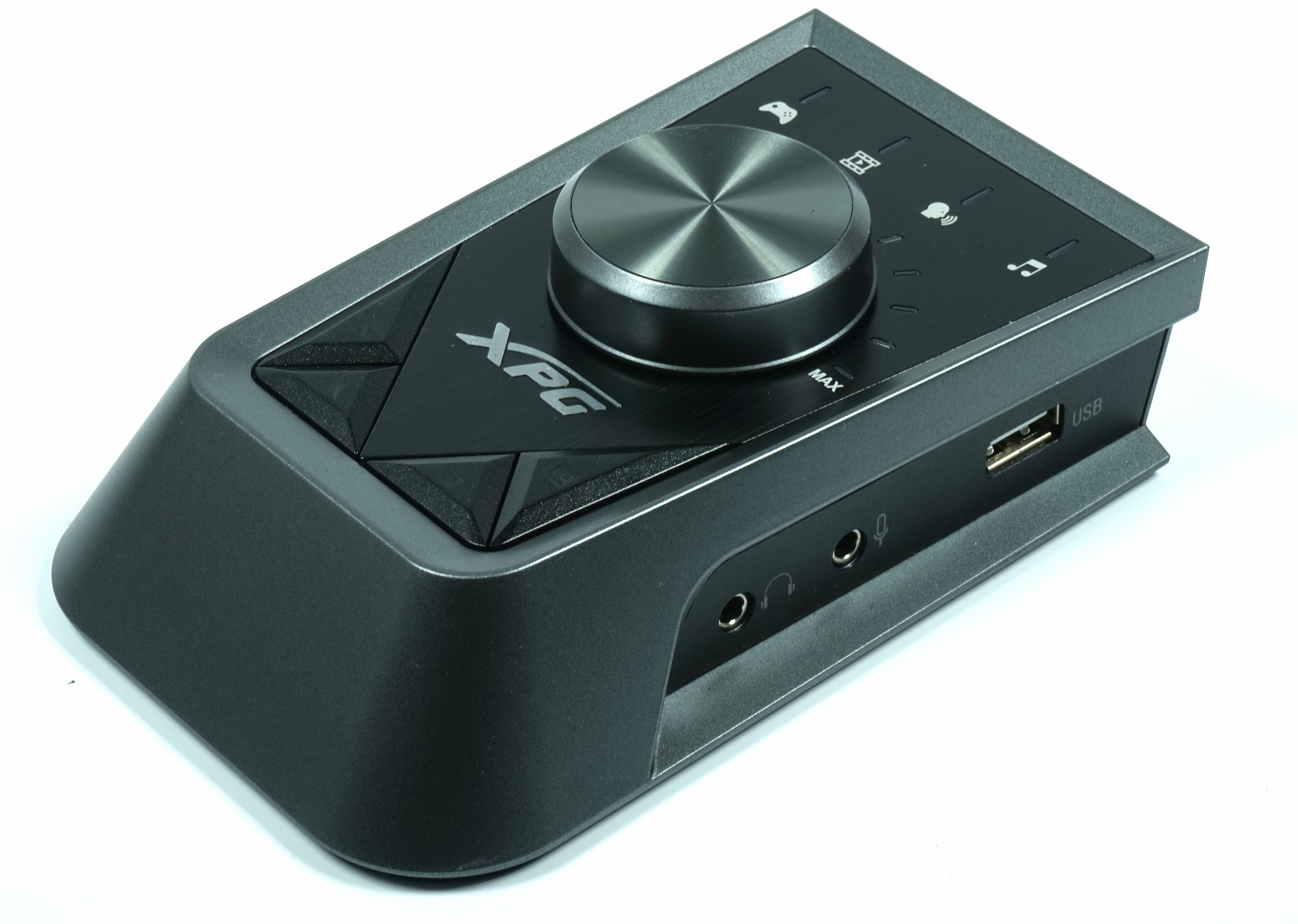 However, the 100 mW at the top, for which the 32-ohm headphones are supposed to be good according to the data sheet, are narrowly missed if it is not to distort. But it's enough, because with the 50 to 75 mW per channel you can actually get along quite well.

The 2.7mm-class omni-directional microphone built into a gooseneck does what it should, but is not supported by an active low-cut. The sensitivity is fine, the level strength at peaks too.

The frequency range specified by the manufacturer is also reached, unfortunately. Unfortunately, because you don't really need frequencies below 100 Hz and you get a useless buzzing in wind noise. The C-Media solution would even offer a separate 5-channel EQ for all inputs before the MUX part in terms of hardware, but that's not the way the software has thought. Too bad actually. 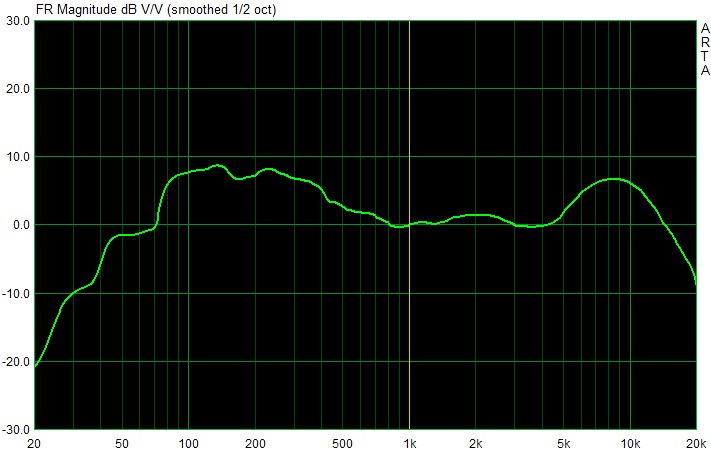 The light noise is existing, but not dominant, so you can tolerate it. Overall, the speech intelligibility is good, although not outstanding.

Before we get to the measurements, the tabular overview of the technical data is quick: