After the introduction of Quad Level Cells (QLC), where up to four bits can be written to a cell and thus the capacity of flash media can be increased significantly, things had become quieter for the time being, but there are also considerable disadvantages. With the MP400, Corsair is now launching a series below the MP500 series and the MP600, which is intended to be inexpensive and fast if you belong to the relevant target group of non-permanent writers. Why I am already writing this in the introduction, we will see in a moment.

The new MP400 from Corsair is available in 4 versions. So we find the known sizes with 1 and 2 TB, but meanwhile also 4 and even 8 TB. Especially the two very large SSDs would have been really interesting for the target group as a test, but unfortunately they weren’t sampled. Because never before have so many TBs of fast SSD storage really been so affordable as with QLC. With the smaller models, this price advantage unfortunately no longer exists and the limits to the TLC unfortunately disappear quite quickly. 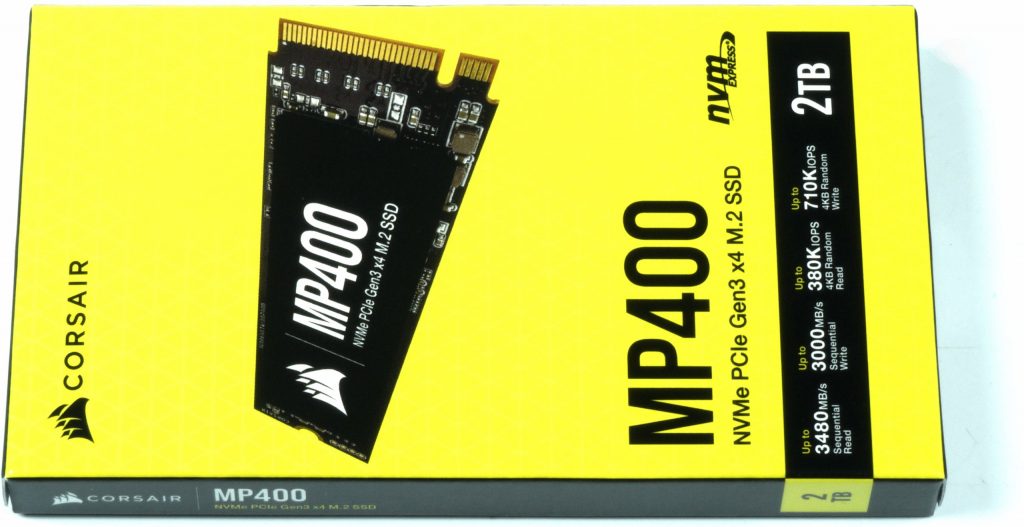 QLC in theory and practice

The so-called 3D NAND overcomes the two-dimensional memory limitation by building the cells in vertical layers. This allows considerably more capacity to be achieved. Initially, the single-level cell (SLC) architecture, where only one bit could be stored in a memory cell, was followed by the multi-level cell (MLC) and the triple-level cell (TLC), where two or three bits per cell could be stored. The QLC architecture as used by the MP400 is now also the latest four-bit version. More will (can) hardly come.

QLC of course offers advantages due to the higher capacity, but also has major disadvantages due to its design, which should not be ignored, such as reduced reliability. This is because the more bits are added to a cell, the more difficult it is to validate it properly. Over several write cycles a degradation of the cells already begins, which makes it increasingly difficult to determine the bit values. Error correction is essential, but it can only bypass degradation, not prevent it.

Another disadvantage is the speed. Although the capacity of the QLC increases with more bits, the SSD also slows down, especially during erasing operations. But the biggest problem of QLC is the maximum possible number of write operations before the cell and at the end the whole SSD becomes unusable. With SLC, 100,000 write/erase cycles are still possible. With MLC, this value already drops to 3,000, TLC only manages 1,000 of these. And QLC? In real terms, there should be just a few hundred processes per cell, Corsair writes more than 400. With tricks like wear leveling and overprovisioning the manufacturer can of course extend the life of the unit, which Corsair does with the MP400. 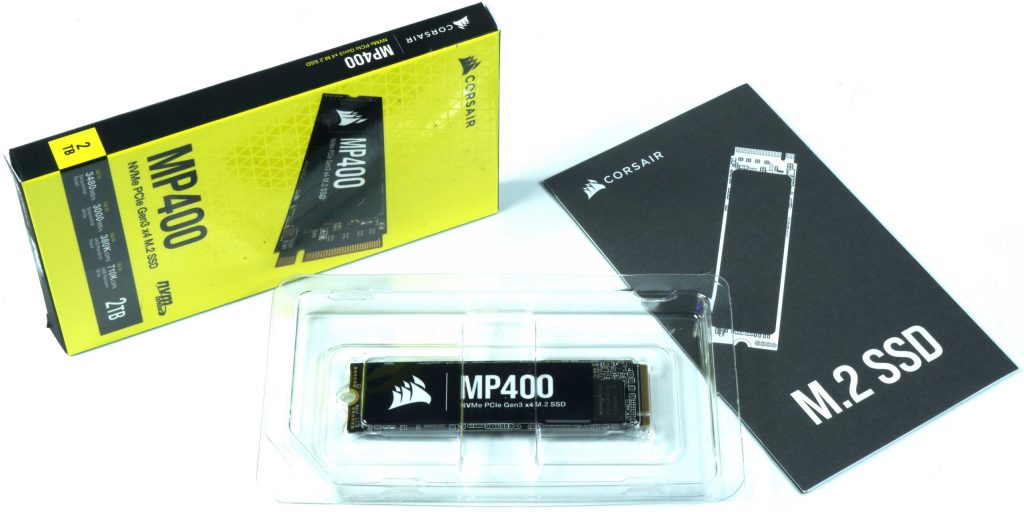 The Corsair MP400 in detail

With all this theoretical knowledge in mind, we now want to test and evaluate the latest SSD from Corsair as fairly as possible. First of all, the Phison PS5012-E12S with its 8 channels catches the eye, which is currently the best choice for a cheap NVMe-SSD on PCIe 3.0. Also on board are SmartECC (correction of erroneous data blocks beyond the normal ECC), SmartRefresh for monitoring the ECC status of the data blocks as well as their refreshing and SmartFlush. In addition, there are four 512 GB NAND memory modules from Micron.

On the front and back are each a DDR3L SDRAM module from Nanya with 4Gb, so that the SSD can access a total of 8 Gb of very fast DRAM cache, which is not used as a write cache. The DRAM is needed for the mapping table, i.e. the Flash Translation Layer (FTL) of the QLC, so that the controller knows where the data is located in the NAND and where NAND is still free to write something. There is no extra pseudo SLC cache (pSLC), here you can use a little trick.

As far as it is still possible, the SLC mode is used for writing, where only one piece of information per cell is written. The resulting write rates are high and the available “cache” depends only on the amount of free memory, which of course cannot be endless, but it is an interesting approach. But you shouldn’t write the SSD too full, because you can only theoretically use 25% of the free capacity, which in practice turns out to be much lower. 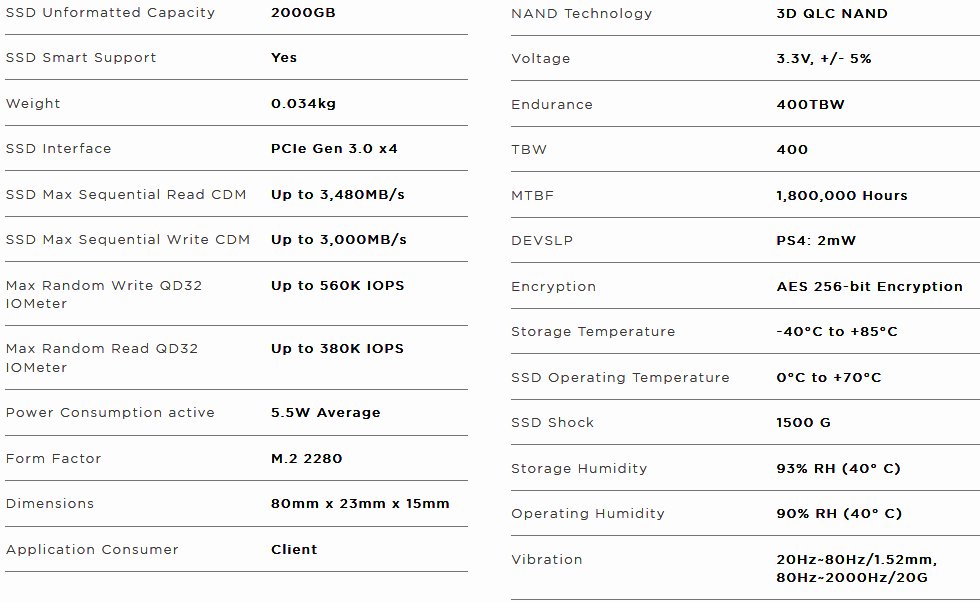 No savings have been made on the 5-year warranty and Corsair also states the service life with an extremely high number of hours. However, the susceptibility of the QLC to the so-called dead letter is not included in the price, so don’t be fooled.

A barebone against 6 CPUs – Which Ryzen processor fits best into the XMG Apex 15?
Corsair K60 RGB Pro – A slightly different entry into the world of mechanical keyboards