Now, of course, I could throw superlatives at myself and find everything great in general, but always nice one after the other, because an enumeration is also worthwhile here. Optically the whole thing is ok, you have to like the fat appearance and the long and heavy card has to fit into the system. If that’s all there is to it and you’re not completely averse to LED effects, then you could also use this AMD card with confidence.

The Silent BIOS is a great idea and you lose less performance than feared. If the power consumption is actually at the level of the RX 5700 without XT, the performance is much higher. In OC mode, the Navi chip is allowed to show what it can do. And if you’re not into RTX On, you can also buy a real joy giver for cheap money that never tortures your ears excessively even in full-pull mode.

The circuit board is neat, even if it’s not an expensive build. The one with the 10 voltage converter circuits has a nice effect at least in the partial load range at high FPS numbers (e.g. in the menus of the games), even if it looks more martial together with the two 8-pin connectors for the power supply than the card would need it with an experimental OC at all. Sure, something still works with our MorePowerTool and the 2 GHz are safely inside. But do you really need that? It is important that the card runs and does not drink. 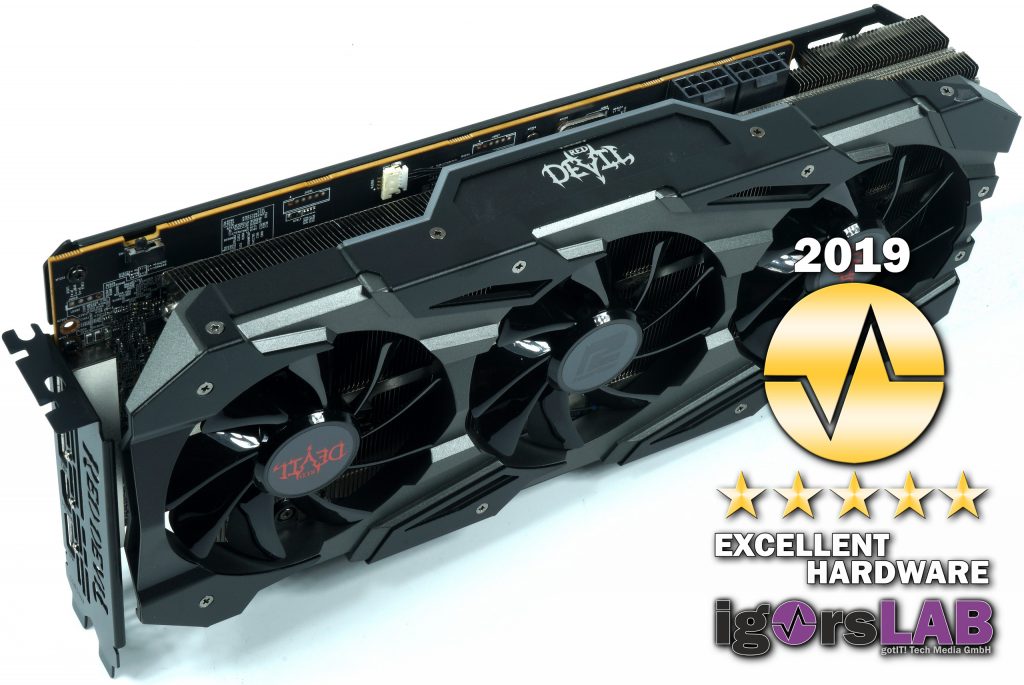 One could also have given the “Recommended Buy” award, because those who want to buy the big Navi card and have enough space are welcome (and almost without hesitation) to access here! Especially as the MSRP of 449 euros including VAT is hardly an obstacle to the whole thing, if the card really arrives in the shops that way. After all, you get the performance of a GeForce RTX 2070 (and sometimes even Super) for the price of a GeForce RTX 2060 Super. Nevertheless, the “Excellent Hardware” award is higher in a class, because the technical implementation leaves almost nothing to be desired.

If you can do without raytracing, play predominantly in WQHD, enjoy a modern driver interface and in return nonchalantly tolerate the frivolous Wattman as a tool, you have no reason to regret buying such a card. That I would write this about an AMD board partner card, which was rather emotionlessly tinkered by the board partners in the last years, I would not have dreamed of before the test. Now it has happened.