The cooler works really well for its big size and since I want to compare the two BIOS versions, I completely dispense with the values of the open benchtable, which is unrealistic anyway. The comparison reveals very big differences both in the clock rate and the temperatures. The OC BIOS allows temperatures well below 70 °C, while the Silent BIOS is a perfect match for this mark. Interestingly, the extreme jumps in the clock rate hardly have a negative effect on the percentiles, so that the Silent BIOS is actually the more reasonable solution here as well. In spite of all the regulatory frenzy. 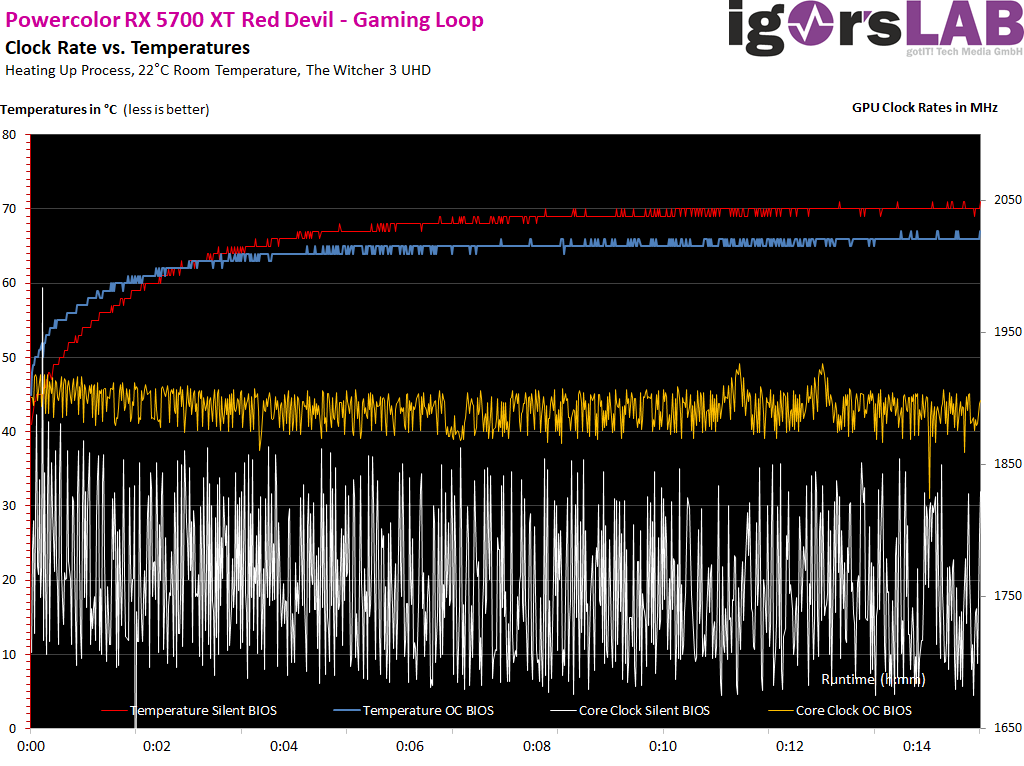 This doesn’t look any different in the stress test, as the waste heat is largely the same as the power consumption. 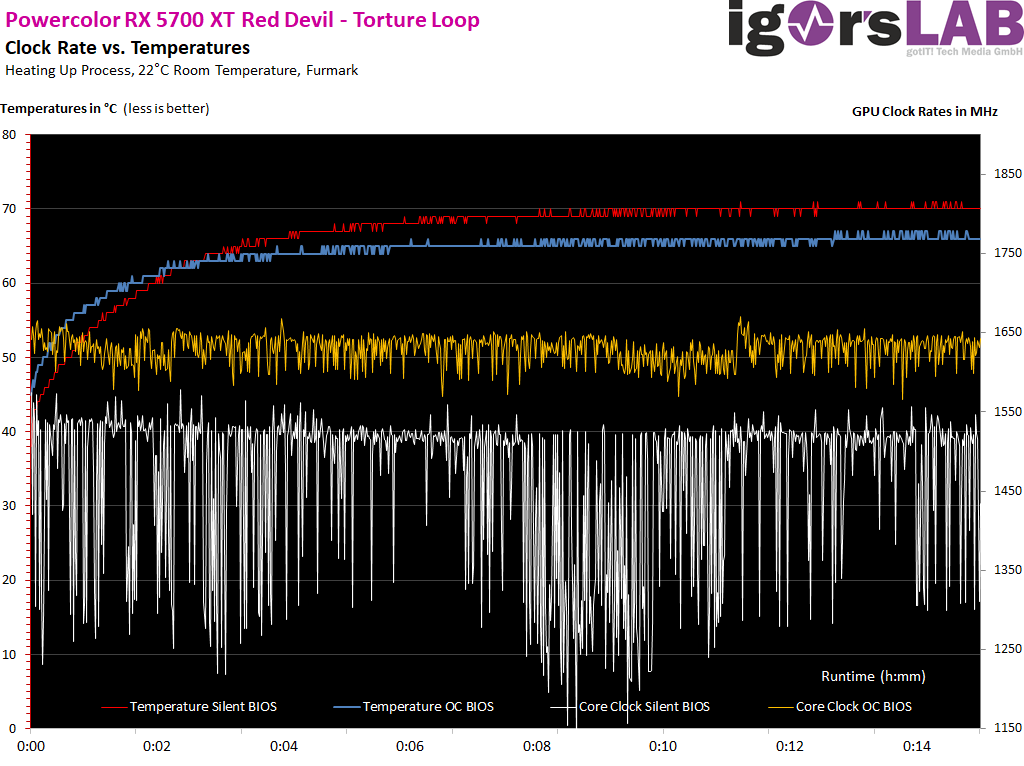 The following picture gallery shows all infrared images for the gaming and torture loop in a closed setup, but with both BIOS versions as comparison. The pictures are self-explanatory and speak a clear language. And I would like to point out once again that the sensor values for the memory are absolute nonsense, as the temperature under the flip-chip modules of the memory is also measurably lower on the board side: 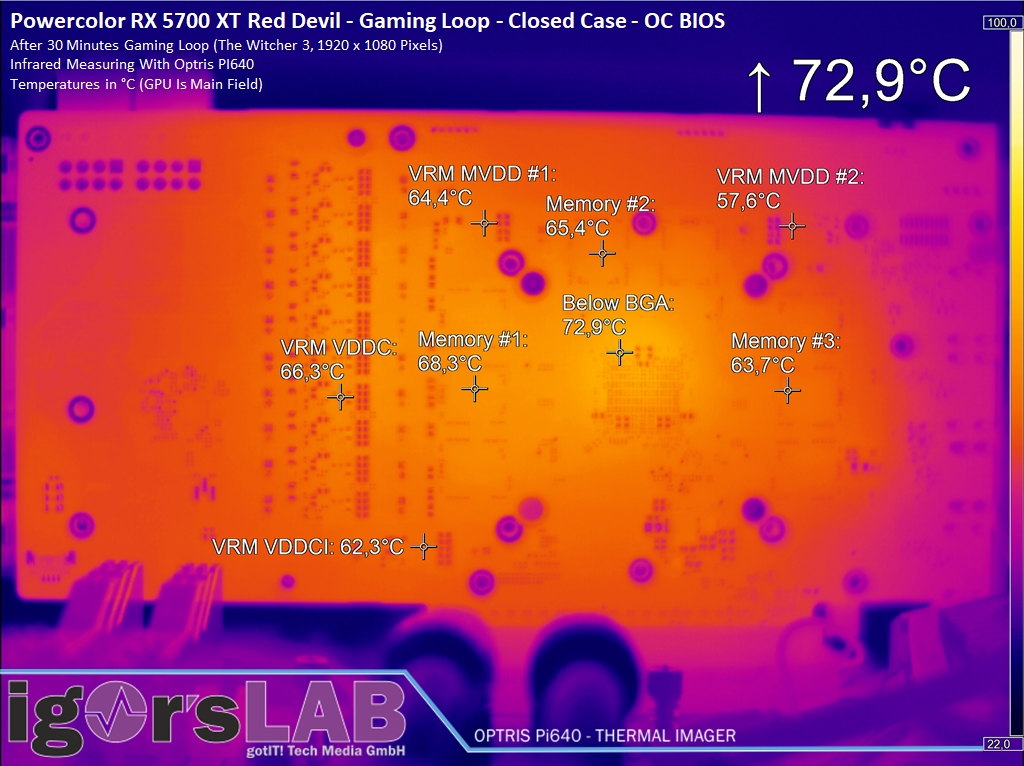 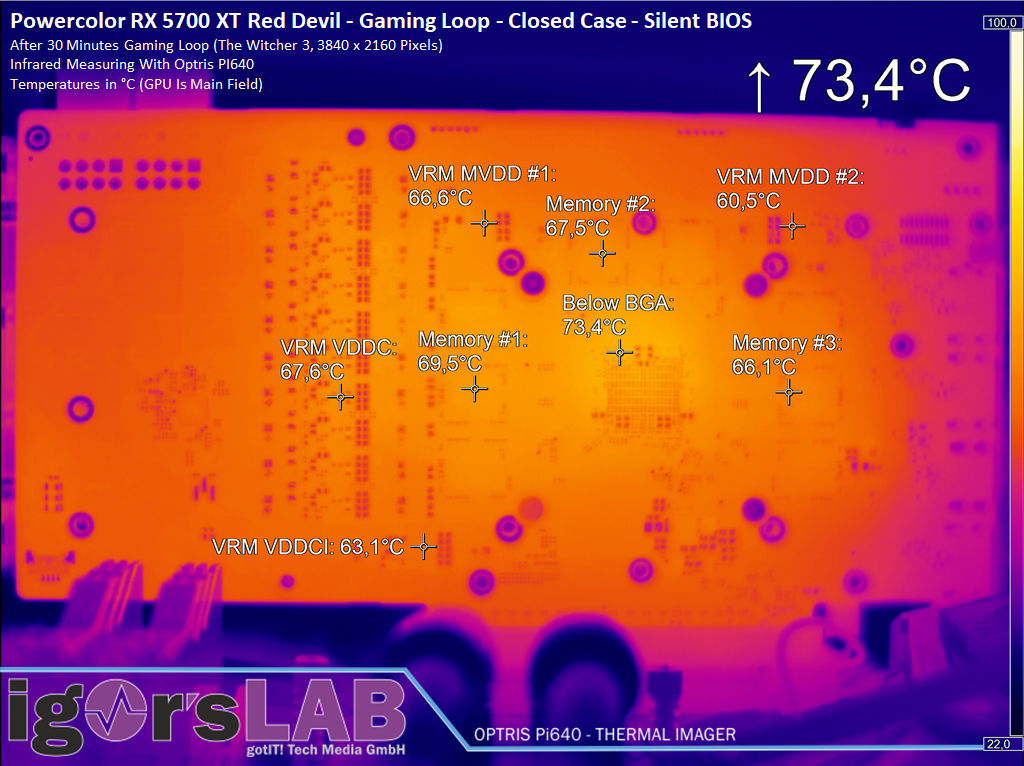 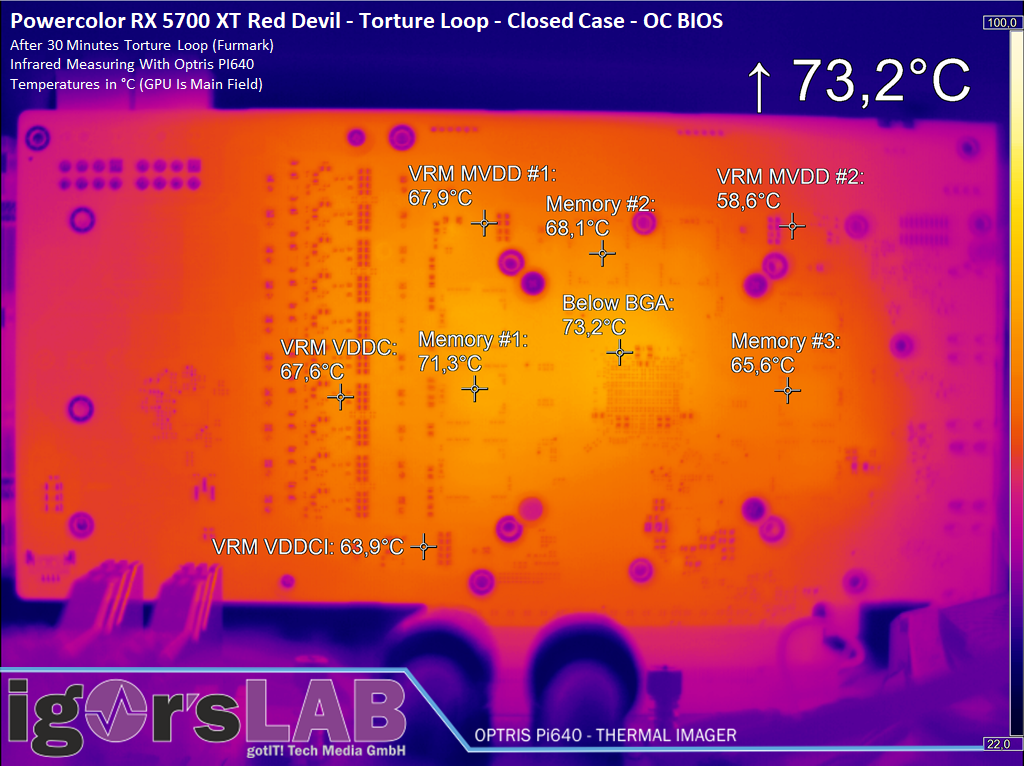 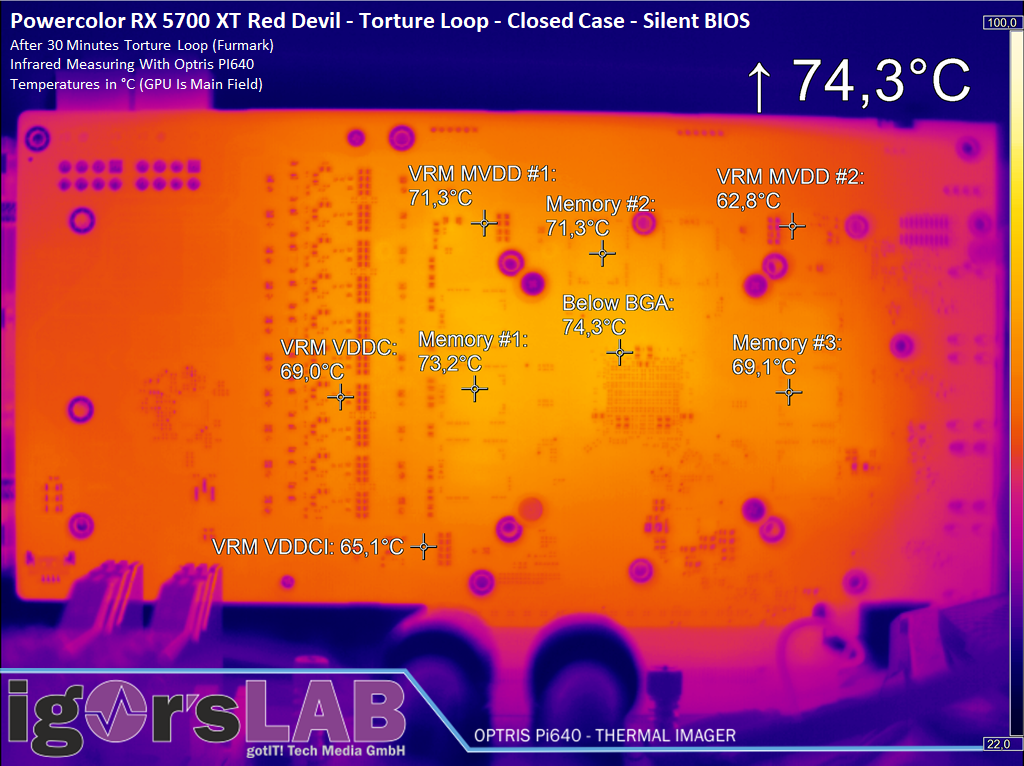 Whether OC or Silent BIOS: the cooler cools like a heavy worker and that’s a good thing.