The spikes go down a bit, but the total load on 12 volts goes up to 493 watts now. The spikes go up to just under 577 watts, a fat number. Even though the be quiet! Straight Power 11 550 Watt Platinum should still have reserves, it switches off at some point anyway. The Pure Power 500 Watt Gold doesn’t even manage this, it’s already over when starting the stress tests.

The curve of the stress test programs looks familiar, there are no secrets there. The graphics card switches down to 40 watts in some places and then starts running again at full speed. It is these variances that are unpleasant fare for all electric utilities. In detail, one of the relevant intervals then looks like this: 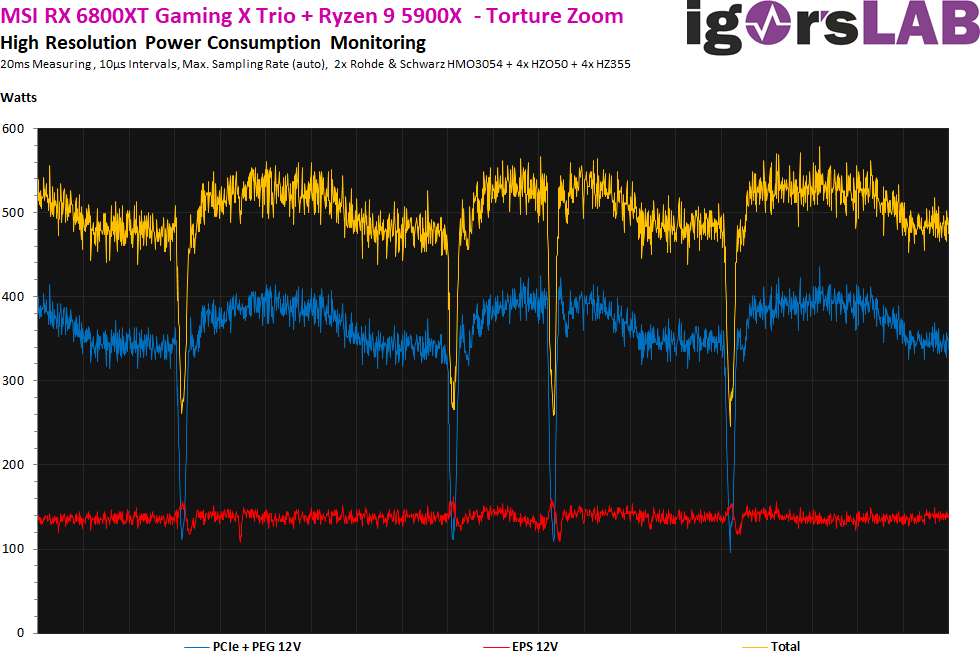 Now we’re really getting somewhere. 685 watts of spikes in total on 12 volts, with an average power consumption of plenty of 585 watts. The CPU averages almost 200 watts, which is barely coolable with normal means on a current Ryzen. The spikes of 230 watts almost seem like lukewarm compote on top of that. Interestingly, even the Pure Power 700 Watt Gold has to pass after a while, probably because the CPU can be fed quite generously.

This is exactly what the graph over 2 minutes from the half hour endurance test shows us. 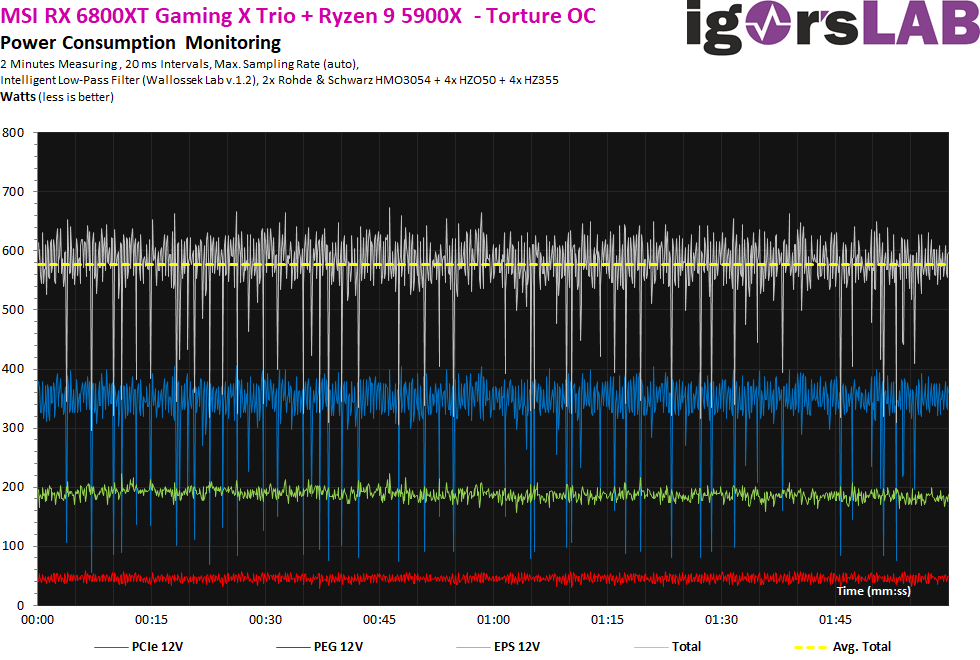 And also the single interval of 20 ms shows in high resolution exactly what could be expected: 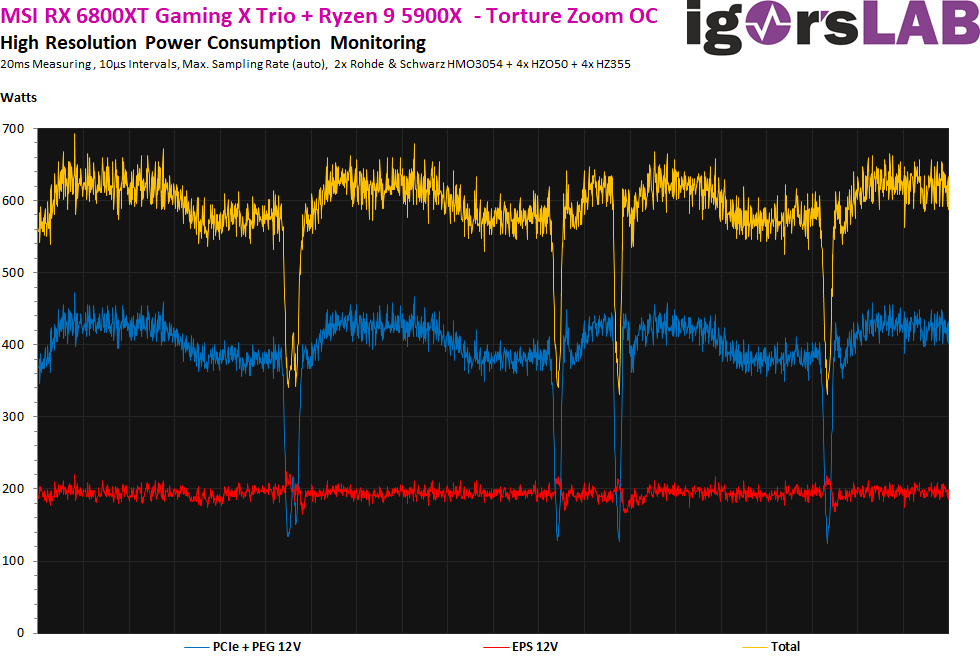