Now, the spikes start to climb quite neatly. The total power consumption of 378 watts at 12 volts is still quite good, but the load peaks increase a bit more. Almost 632 watts plus the measured almost 50 watts for motherboard and peripherals on all rails are simply too unreliable for all 500 and 550 watt power supplies here. It can work, but it doesn’t have to. Since the CPU is demanded more, the load peaks are already well above 200 watts without OC.

The curve becomes clearly more nervous and you can see very nicely the ups and downs in the allowed power consumption of the system: 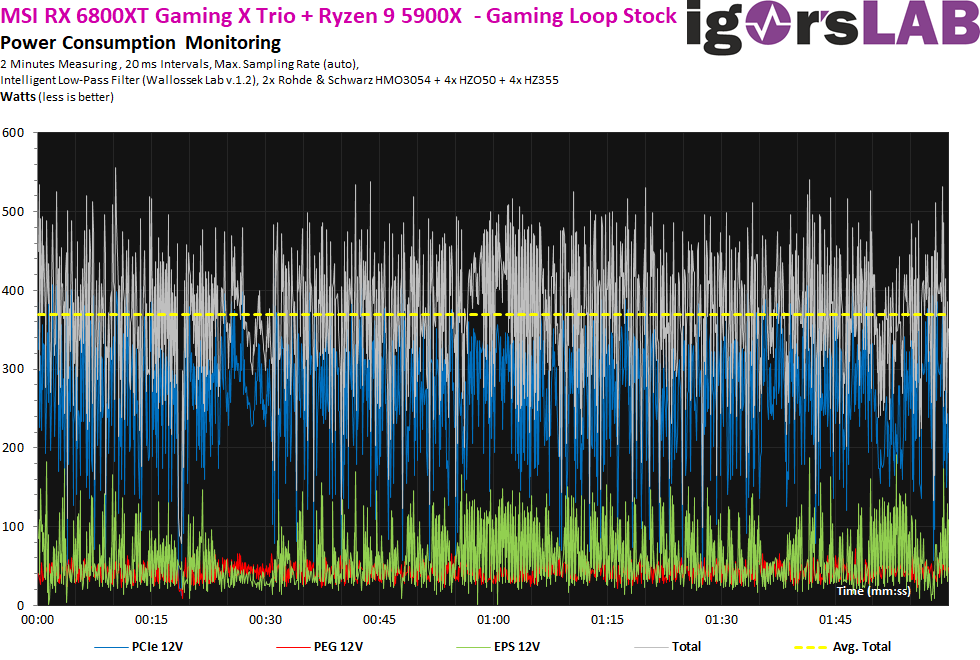 Of course, I also zoomed up for this in one of the 20-ms intervals again: 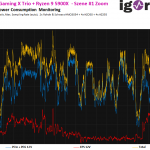 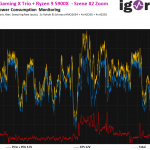 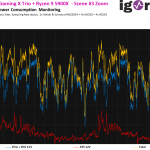 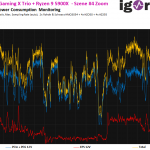 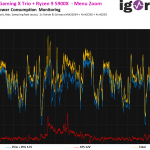 But there is more to it than that.  The average value is 409 watts, which is roughly what you can measure with normal equipment. However, the relevant 20-ms spikes go up to 673 watts! This will then grill even the bravest voltage supplier below 600 watts.

Again, it’s worth looking at the entire run, which unfortunately swallows up some of the short load peaks due to compression. But it’s enough for the overview: 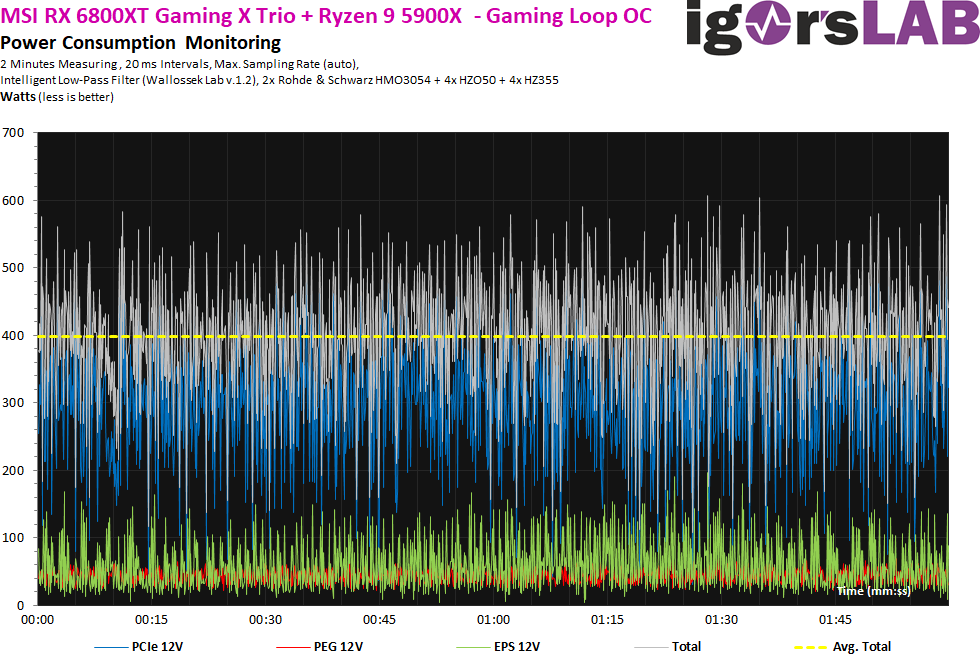 Last but not least an exact description of the situation by means of the high-resolution diagram: 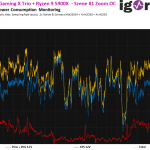 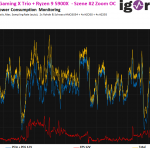 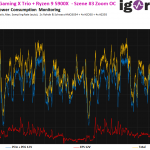 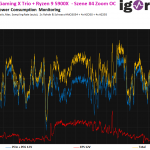 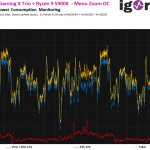