If you load the Radeon RX 6800 properly and use a stress test, the high spikes almost completely disappear! A whole 360 watts come together here for 12 volts, which all power supplies still manage easily. On the EPS, the average is 140 watts, the spikes are barely higher at just under 171 watts. Unsuspicious, then.

If we look at the curves of the stress test, everything is also much more relaxed here than with the RTX 3070. From this point of view, AMD has done everything right in terms of avoiding peak loads. 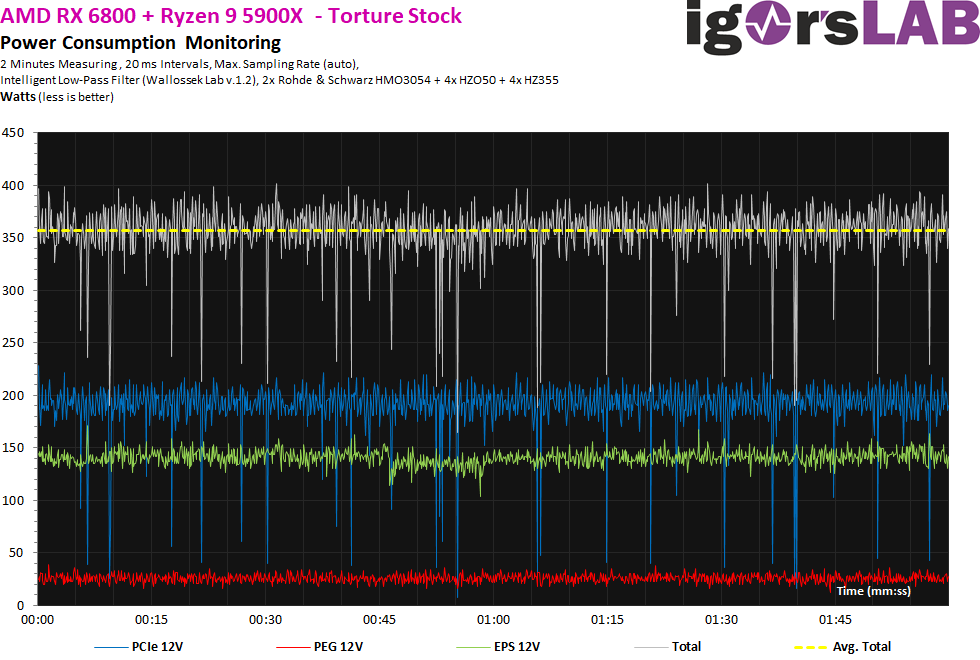 You can also see this in the high-resolution diagram, where you can see the intervention of the arbitrator, but everything happens much smoother and more relaxed. 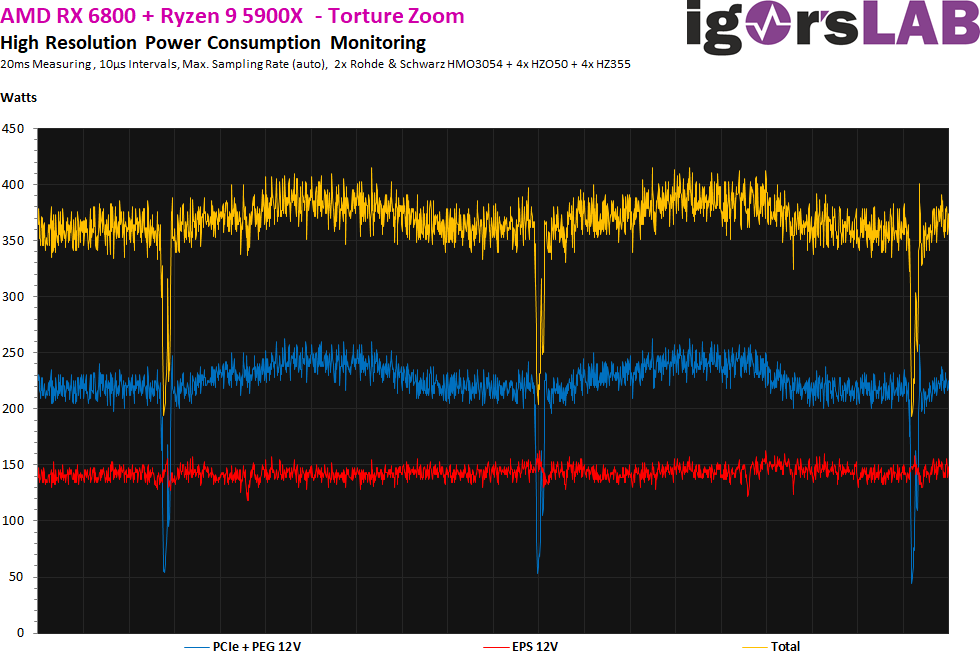 It also goes a bit hungrier once you really overclock the card, because the Ryzen 9 can do that. It’s now averaging just under 455 watts on 12 volts over the whole run, with the spikes still more restrained than feared at just under 559 watts. So with this card you will not experience a Waterloo.

This is also shown by the spikes, hardly subject to an optical increase when trembling. Slightly higher values, but no rushes or runaways to the top. 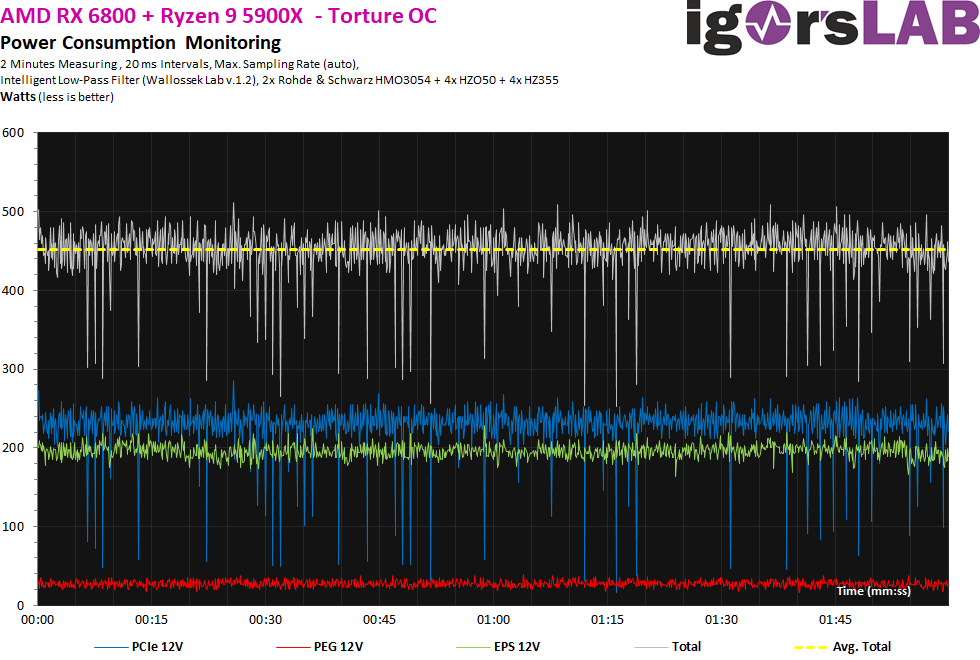 Only the high-resolution curve shows that it is now also necessary to reduce the speed a little more frequently in order not to exceed the limit. 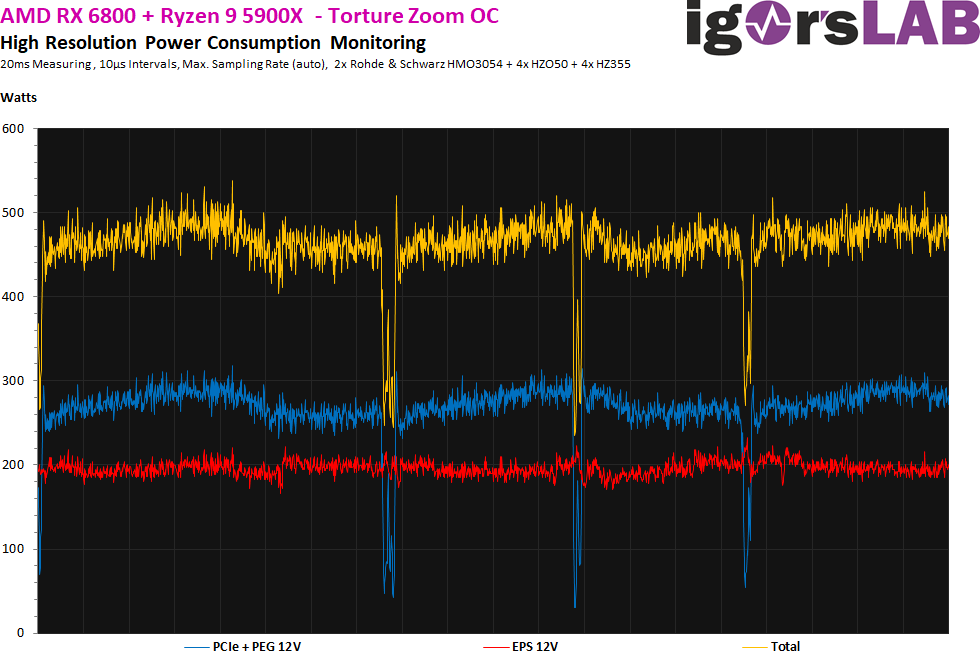