First, I first summarized all the gaming performance metrics (FPS and P1) as a geometric mean. This method is more accurate than the pure arithmetic mean for such statistical surveys with a large number of (especially very different) measured values. However, we can already see here quite well where the Radeon RX 6600 could be placed, if it doesn’t deviate much from my emulation in the final version: 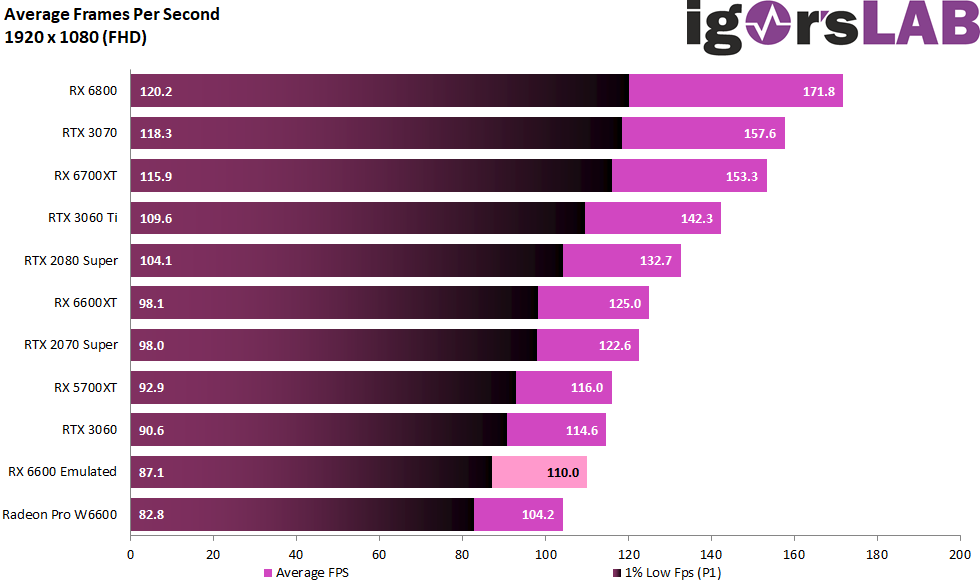 Let’s now put the whole thing in relation to the GeForce RTX 3060, whose RRP should probably be similar. The emulated Radeon RX 6600 is about 4 percentage points behind an MSI RTX 3060 Gaming X, which has already been blown up a lot ex factory, and only 13 percentage points behind a Radeon RT 6600XT. This is surprising in that the loss scales almost linearly with the missing number of shaders. Depending on AMD’s design leeway, cards with a higher clock and even higher power limit could also provide a possible tie to the GeForce RTX 3060 here. Or AMD just wants to position the card deliberately below, you never know beforehand. 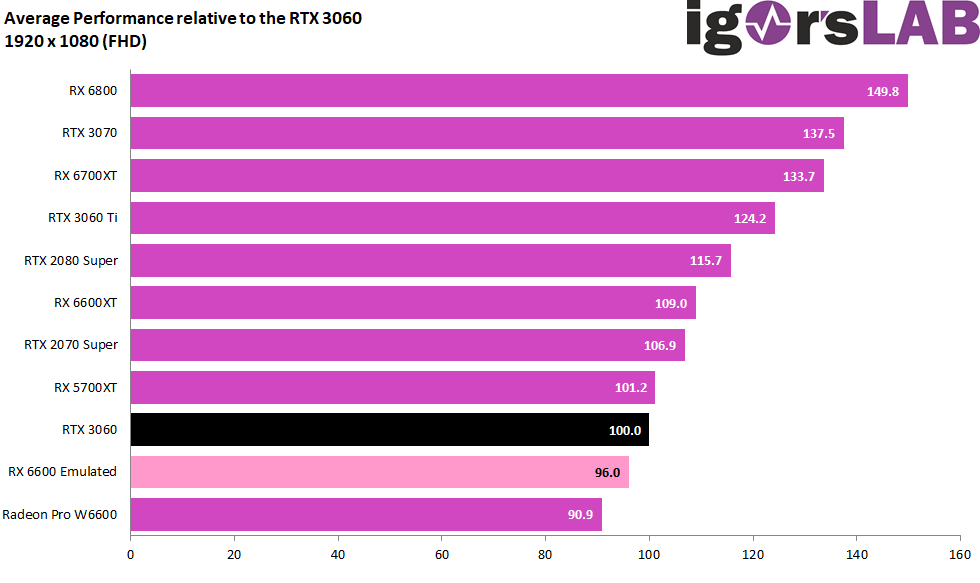 That with the power consumption in the individual games results in a card that could get by with under 140 watts for the entire card in the cumulative total consideration, whereby 110 to 120 watts seem realistic here as TGP (the Radeon Pro W6600 uses 100 watts). In the stress test, however, you’re already at almost 140 watts with the emulated card. In direct comparison to the Radeon RX 6600XT with factory OC, the RX 6600 with my emulation is over 30 watts more economical in games, which is of course very pleasing. 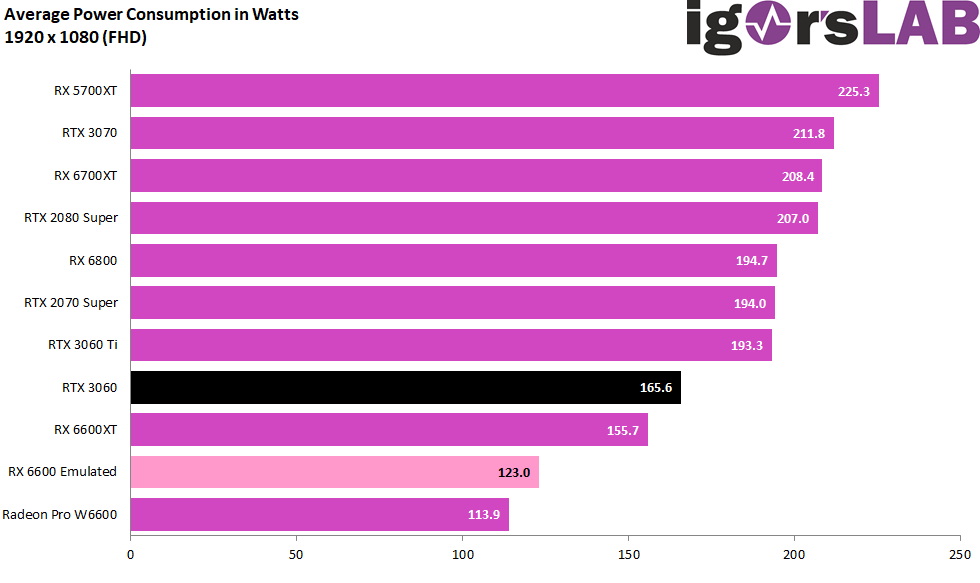 In fact, you can still achieve a good 88% of the gaming performance with just over 74% of the electrical power used, which also indicates a significantly higher efficiency. At least in connection with the Radeon Pro 6600 chip I used, where you can’t know if and how exactly it was selected. However, the slightly faster GeForce RTX 3060 is clearly beaten in terms of efficiency, which is also a clear statement. 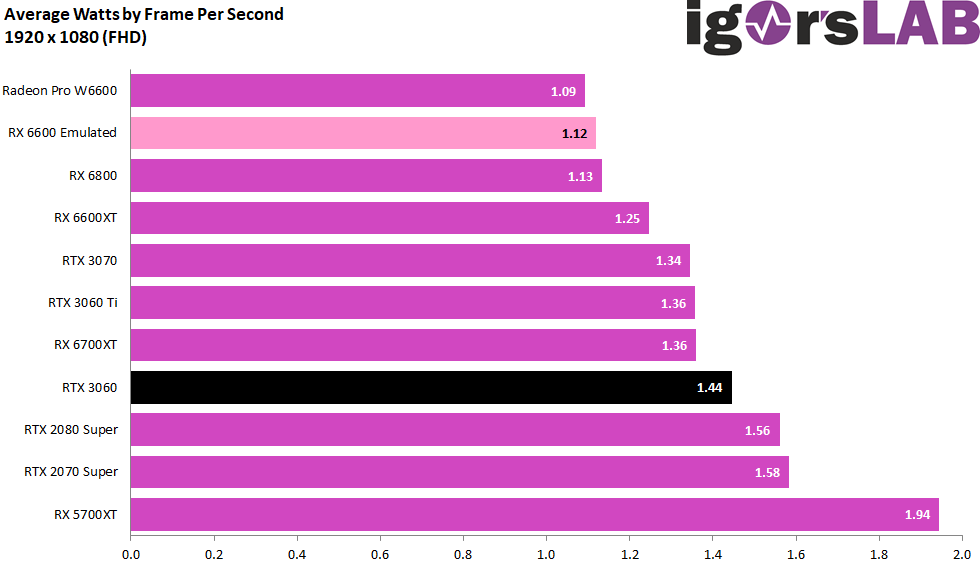 The conclusion is easy to draw, if you leave the matter of the possible price of over 300 euros out of consideration. The card will position itself in the vicinity of the GeForce RTX 3060 and, if AMD doesn’t break out the crowbar, will probably just miss it in terms of performance. However, this can be forgiven, because what one card can do smoothly, the other will be able to do more or less just as well. Full HD is the maximum resolution that makes sense, because this chip simply runs out of steam above WQHD. The interface and infinity cache are already physical brakes.

DXR is a tough proposition with this card and the 28 RT cores, and FSR won’t change that. Because anything rendered below full HD just looks terrible, despite post-processing. That goes for DLSS too, by the way, just to be fair. This also clearly defines the target group for the card, although I would tend towards the Radeon RX 6600XT if in doubt. This card simply has even more punch and can still score in WQHD with slight sacrifices in the graphics settings. The RX 6600 will certainly weaken a lot.

The card on which this test is based was provided to igorsLAB by AMD under NDA with the condition not to fall below the release date set at that time for the case of the NDA of the Radeon Pro W6600. There was no possible influence of the manufacturer on the test and the results, nor was there any obligation to publish them.