Benchmarks with CrystalDiskMark and ATTO

For the sake of completeness, I shall first let the two mainstream benchmarks run, which, incidentally, can confirm the manufacturer's data. What is interesting here is the fact that the SSD still performs quite well, especially when writing smaller blocks, even if it is of course not enough for a top position. 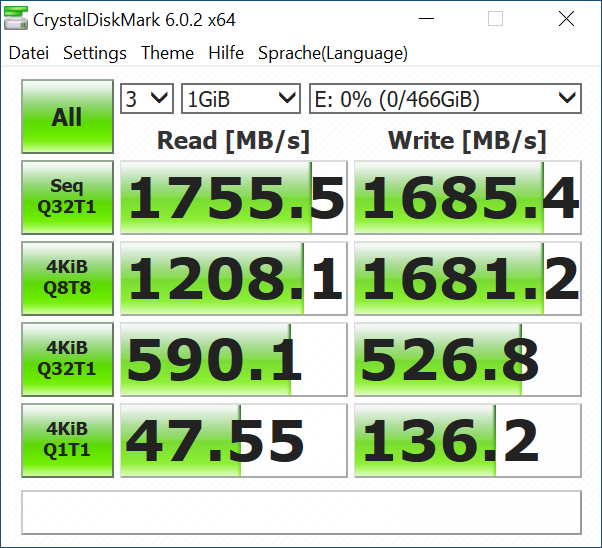 ATTO looks quite similar, with the reading and writing of the smaller blocks being equally fast. But here you also use a different algorithm. Nevertheless, both benchmarks do not send the internal SLC cache to the torture bank, a very unpleasant disadvantage of such synthetic benchmarks. 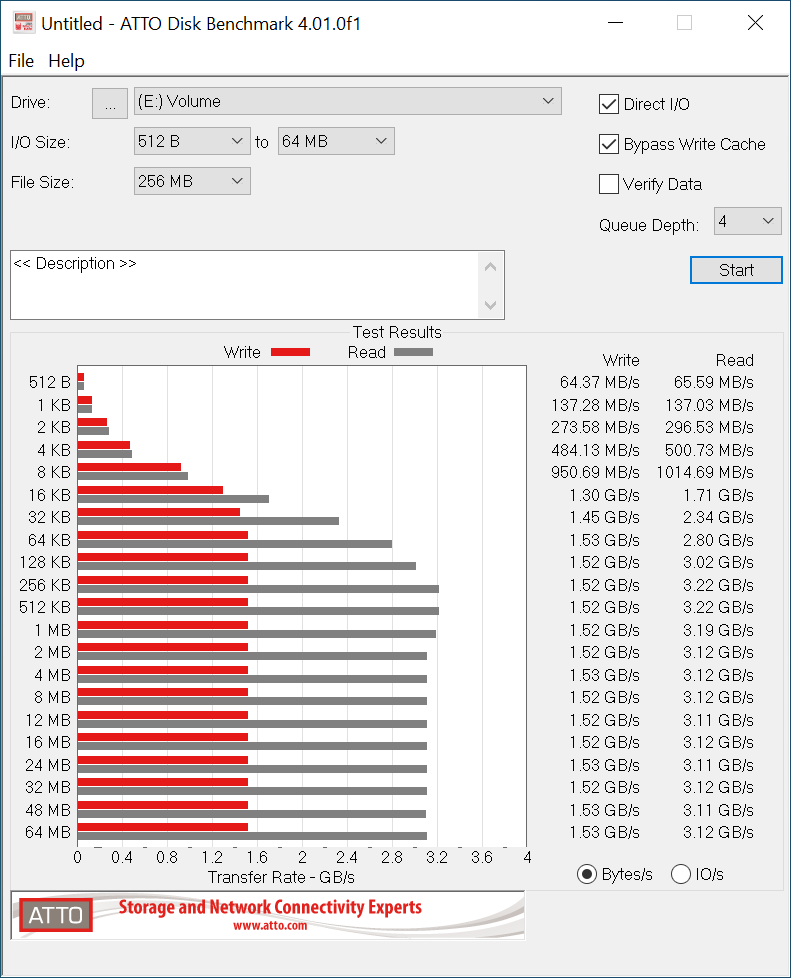 AJA System Test – what happens to the SLC cache under real load?

I admit that writing and reading 64 GB Ultra HD videos is not exactly part of the everyday life of Hiltrud and Karl-Heinz Normal consumers, but after a nice holiday trip with the new 4K cam, this is also easy within the scope of the possible Slipped. I mentioned in the introduction that the SLC cache takes on the task of realizing the 1-bit access, but no one really knows where the one will end up. But that's exactly what we want to test now!

The graphics can also be enlarged by clicking on it, so that you can see the sudden impact when the SSD of the SLC cache goes out, beautifully. At approx. 10 GB is the end of the terrain and the writing process slips significantly. The more than 1600 MB/s on average with SLC cache suddenly only become 780 MB/s when the cache is full. The smallest reading without an SLC cache was as high as 345 MB/s, the maximum value with cache was 1715 MB/s.

The SSD is therefore not suitable for semi-professional or even professional use in the creation sector, which cannot be expected with technology and price. However, the cache break-in can only be experienced by permanently writing huge amounts of data at maximum speed, otherwise not. The test installation of the 120 GB of Call of Duty via my Gigabit Internet has shown no such effects. From this point of view, Kevin-Klaus Normalzocker will hardly have to fear disadvantages.

The reading is (almost) constantly fast, even if you can also see here very clearly when the cache loses its radiance (please enlarge the graphic by clicking on it). Same spot, but smaller dent. At 1523 MB/s after the cache capitulation, you are quite fast, even if the minimum rate periodically drops to up to 1263 MB/s. In the maximum, the cache was 1689 MB/s, a still good value for a four-channel controller and TLC with cache.

By the way, the temperatures are not an issue, because with an average of 45 to a maximum of 56 °C in the cooled second M2. Slot of the MSI MEG Z390 Godlike is very well in the race here.

So the plan to bring a cheap SSD with decent performance to the market seems to have worked out. Of course, this SSD is not an overflyer, but Toshiba didn't really have that in its insinuated. e RC models, which Toshiba also offers a 5-year warranty for the RC500, but has an eight-channel controller. Within the target group, however, a fairly appealing product has been placed on the market, which must now find its buyers. 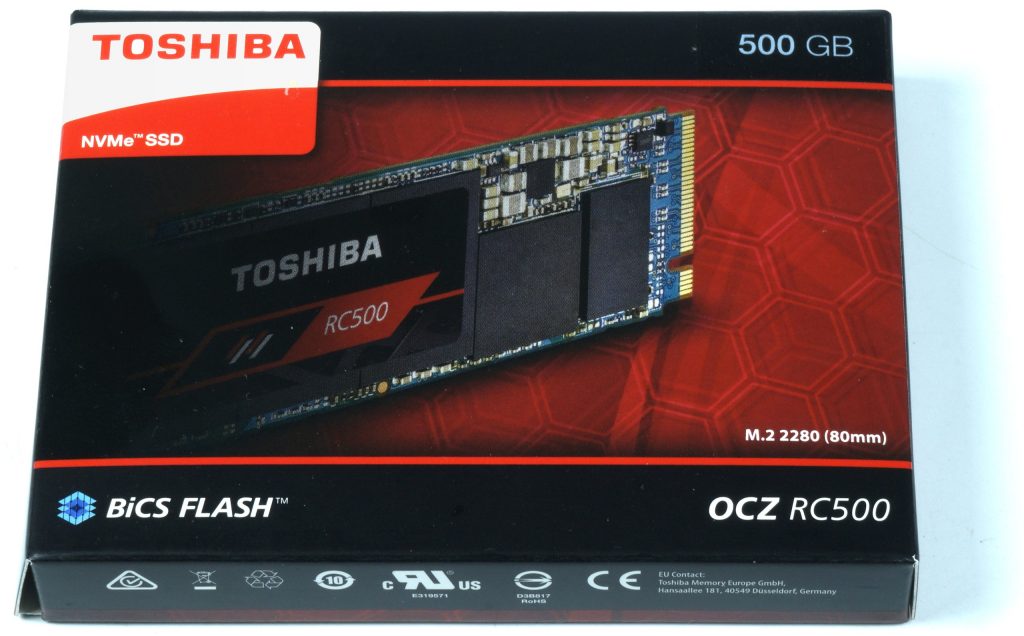 Solid and unobtrusive, but also with the usual disadvantages of The TLC SSDs. But here you can't expect more for the price. However, the Normal customer will hardly be able to bring the SLC cache to its knees unless it is carrying really heavy data guns. But at the latest then he has also left the target group.

For my part, the conclusion is quite positive, as long as the price is also right. And that's where, for example, it pokes. Crucial with the 1TB models arg at the 100-euro mark. So you'll have to keep a close look at the prices to make the best decision for you. However, I do not see any technical obstacles to success, only purely monetary ones.