I deliberately chose the GeForce RTX 2080 Ti to start with a slightly higher average power consumption. Why, we’ll see right away. Who remembers by the way – I had already written in the basic article “Nvidia GeForce RTX 2080 Ti – Internal details to the power supply, deviating components and where the spikes remained” about the changes at Nvidia’s Turing.

Here, too, the 400 Watt limit is reached, but only in the microsecond range. With increased average power consumption you can see that there are spikes up to 400 watts, but the control is much more filigree. The approx. 375 watts over a millisecond are the maximum here and you can also see that Turing regulates more frequently than Pascal, but with a much finer gradation. 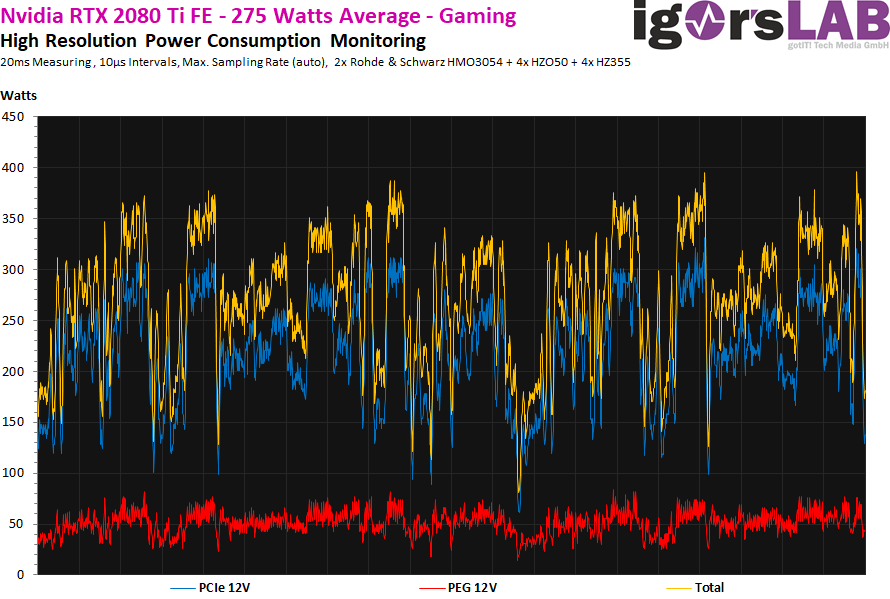 The flowing currents always remain below 33 amps, so that no power supply unit would have to give up prematurely here either. One could even speculate that Turing behaves much less problematic than Pascal as long as the secondary side of the power supply is equipped with appropriate low impedance capacitors. Low ESR alone is not enough. 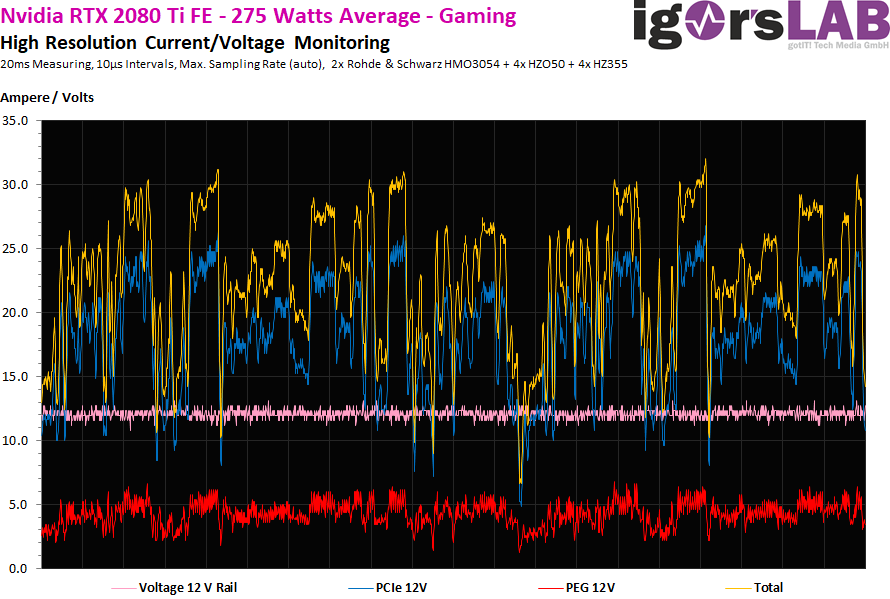 Measurements during the stress test

The stress test causes a very interesting picture at Turing. The length of the real load intervals is halved! Even if you reach 330 watts for a single millisecond, the average for a 4.5 ms window is 300 watts. Then the card adjusts completely for about 0.25 ms. 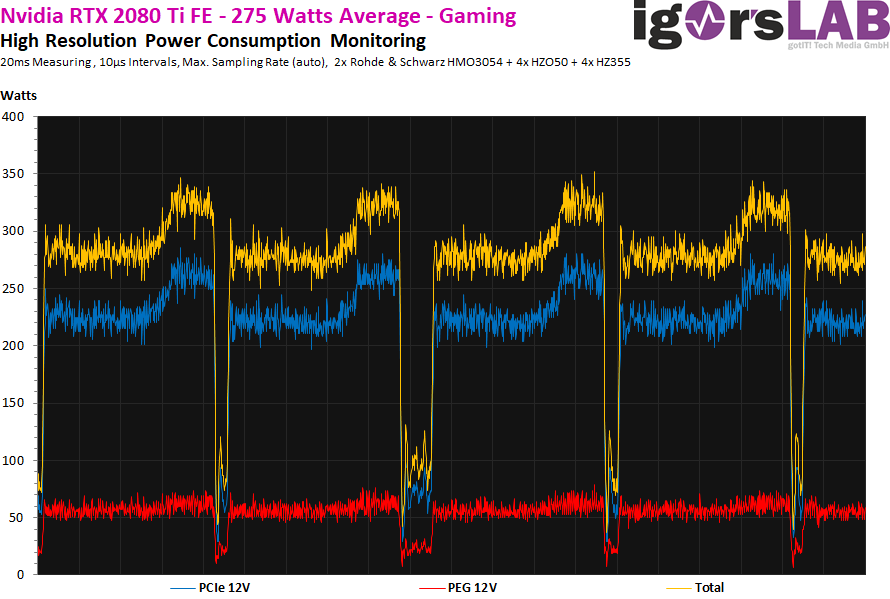 Also with the currents it becomes clearly more relaxed and one reaches in the maximum only once 28 ampere. This is now once again well below what the GeForce GTX 1080 Ti just delivered and at the same altitude as a RX Vega achieved for a short time. 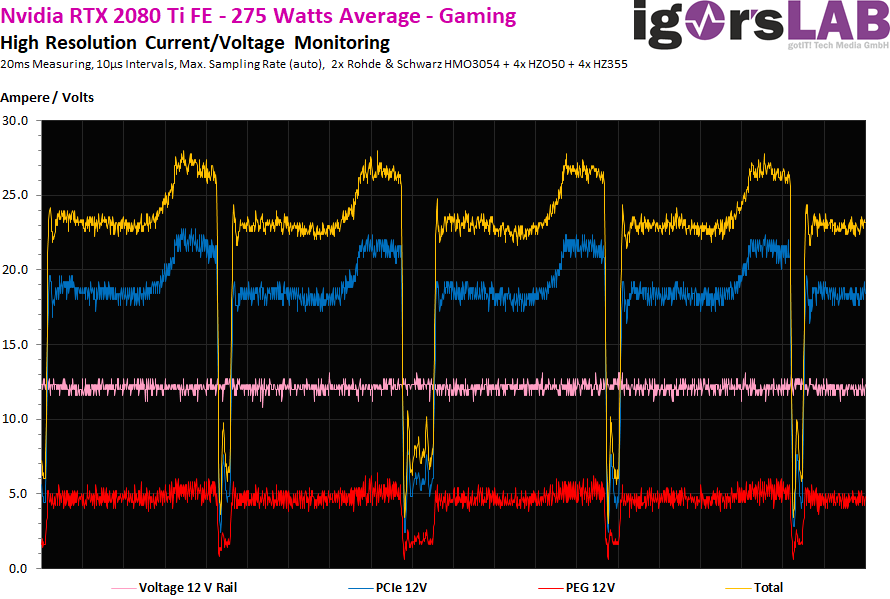 The new Nvidia specifications for the voltage regulators and the current Boost expansion stage demonstrate very impressively how to make it quite easy for the power supplies. And yet this card is hardly more restrained than a Radeon RX Vega64. So if you had to find a culprit, then it would be either all three test persons together, or none at all. The difference lies certainly in the many details, but I didn’t find any sensation-compatible outliers, neither in red nor in green.

Tester in danger: How many watts can the 12-pin Micro-Fit connector of the NVIDIA GeForce RTX 3080 and RTX 3090 survive without melting?