Sapphire's first Navi card is with the Pulse actually the entry model, if one follows the previous nomenclature of the manufacturer. This also entails compromises and today we will sound out which and what this means for the customer.

The card looks comparatively unobtrusive and doesn’t need an ice-blue LED for better cooling. The whole thing is a quite good compromise between size, weight and performance, but also with minor flaws in the finish, for which Sapphire can only partially do something. The silent BIOS is a good idea if it weren’t for AMD’s driver. If you start the card in OC mode, the driver unfortunately remembers the settings in the registry. We know this from the Soft Power Play Tables (SPPT) and our MorePowerTool.

If you switch to silent mode later, you almost always change exactly: nothing. On three different test systems the BIOS switch failed completely, because the driver does not re-read the BIOS (same ID!). Either DDU with a complete deinstallation of the AMD driver and the removal of all registry entries or the use of our MPT as overwriting aid work as workaround. Here you can simply extract the silent BIOS with e.g. GPU-Z, load it into the MPT and write it into the registry. Then restart PC and everything runs and does what it should.

The temperatures for a card with less than one kilo combat weight are completely in order, the changing pitch that you have to endure is unfortunately not. But more about that in the bottom line. The PCB assembly is fine and not even bad for an entry-level model. RGB is not a problem and the quality of workmanship is appropriate to the price. You don’t have to write more about this card, because it hardly stands out from the crowd. 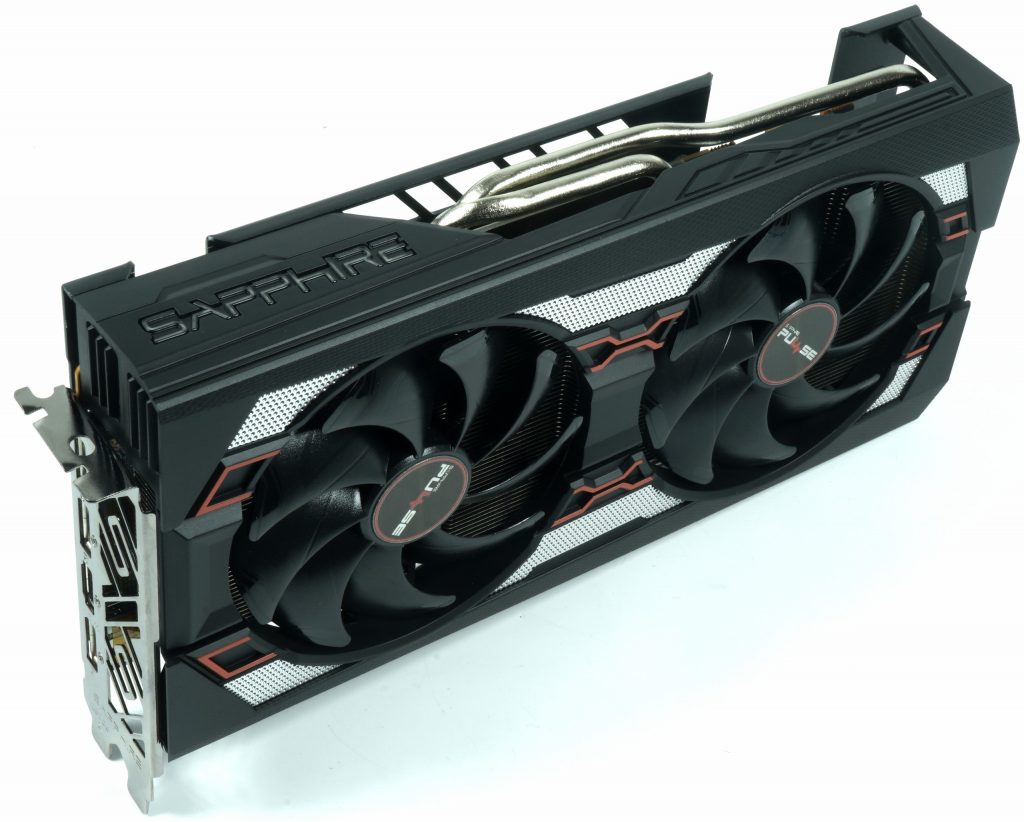 
The Sapphire RX 5700 Pulse is certainly not a bad offer per se, if you take the BIOS versions and the result resulting from both settings as a basis. The only (and unfortunately serious) problem are the unstable running fans with a jittery curve and the oscillating sound. This could have been solved differently and above all should have been done.

The card is short and cuddly, but because of the fans it fails for a purchase tip. Everything else is on schedule. That is a pity, but unfortunately not to change. The cacophonous propeller choir could not even be tamed with a different fan setting via MPT. Maybe I have more luck with the Nitro Plus. Coming soon 🙂