Let’s first look at the system with the Radeon RX 6800. The power consumption of the motherboard is relatively constant, but the two 12-volt rails are under steam quite a bit. The average value over the 2 minute measurement period is the already predicted 440 watts, but I also measure peaks up to just over 500 watts here. It’s all still in the green, but already screaming for attention if it gets any more. The graph shows 20-ms intervals in a row, i.e. exactly the range that has been stored as the delay value for the Pure Power’s protection circuits (especially the OCP). 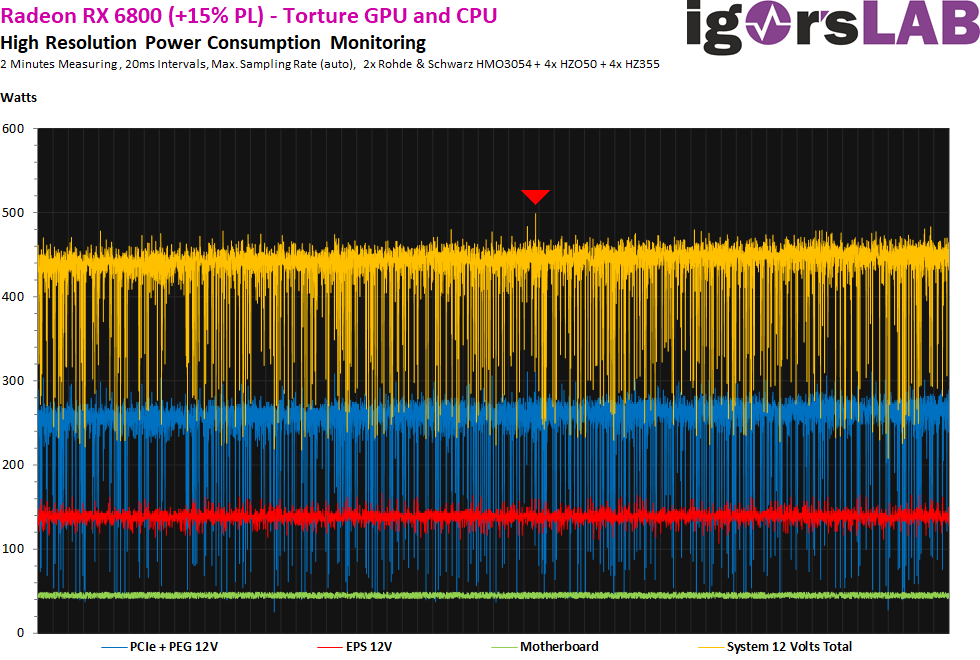 Now I grab one of these intervals with such a load peak (red arrow, graph above) and zoom in, in effect, once. We now see exactly these 20 milliseconds, where one of the boxes corresponds to one millisecond. We see that the peaks can even go up to about 540 watts, but the whole thing then occurs at an interval of well under 1 ms. Power supplies equipped with low-impedance capacitors on the secondary side can easily cope with such a situation, so don’t be fooled. However, we also see that it can be up to 3 ms where up to 520 watts can be applied. If we look closely, we see the comparatively much more hectic and faster up and down switching of NVIDIA’s Boost, compared to which PowerTune was almost a snail on the Radeon. This results in a slightly lower total power consumption of approx. 425 to 428 watts as an average value, but the load peaks occur much more frequently. The load on the power supply is therefore not as constant as before and the system is already putting quite a strain on the power supply. 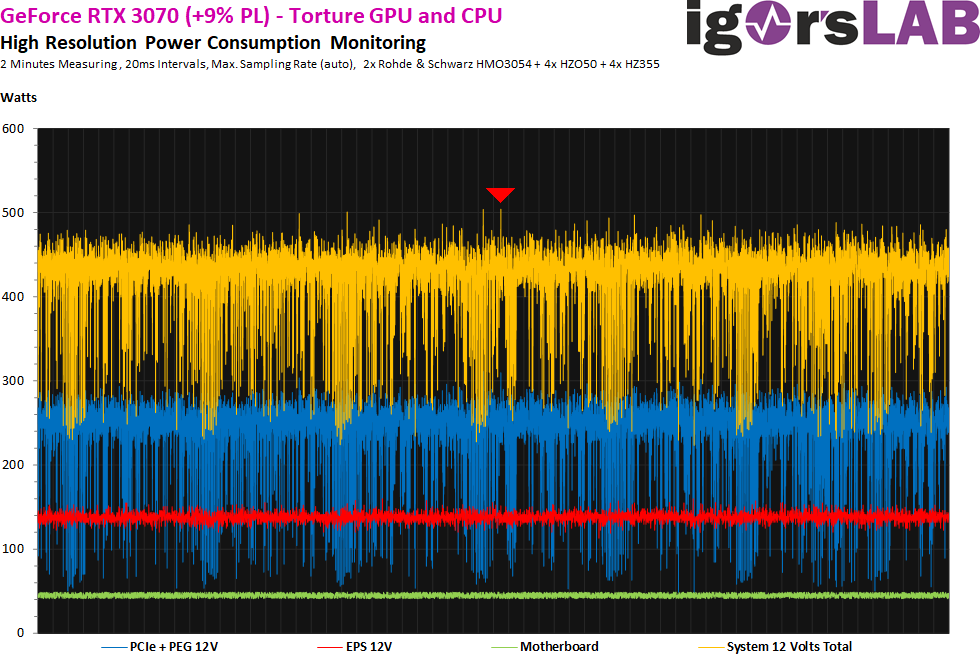 A look at one of the load peaks then reveals spikes up to 560 watts (and above), though we also see the interesting rise to cutoff due to NVIDIA’s boost. And the average then with such a 3-ms interval again somewhat lower than with AMD’s PowerTune. Thus, the approaches of the regulations differ visibly. 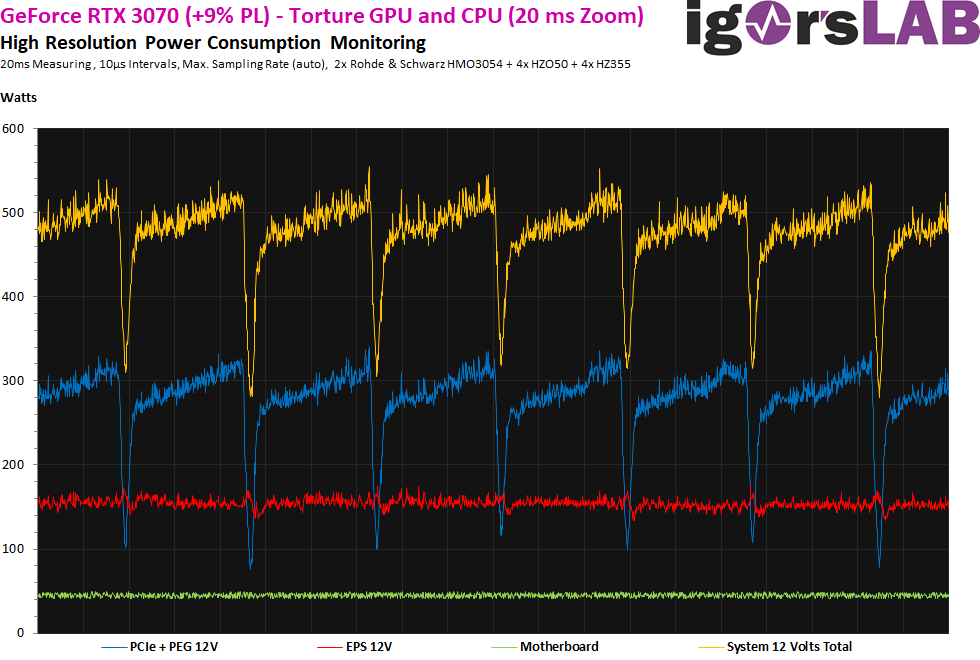