Apart from the performance rating, we still have a very positive impression of the technical implementation and the chosen cooling solution. A very well equipped and designed board (hardly any hotspots) is an additional positive aspect of my test results. The load peaks in the power consumption are generally a certain problem with the current high-end cards and should nevertheless not present purposefully dimensioned power supplies with unsolvable problems, if they are any good. Add to that the personable LC filter in the entryway, which can’t be praised enough. However, this is a specification from AMD and PowerColor has adopted this.

The fact that the coils then become somewhat audible under load is purely a question of physics and the effort to find other solutions within reasonable limits. That will be quite difficult and above all also really expensive. The one that was installed here is already from the top shelf and interestingly enough the coils are not cooled either. Why this is even better is due to their temperature window, which is well above what more active cooling with a water block delivers in operating temperature.

The cooling performance of the water block is good and the looks are right too. The fact that they have topped themselves here in terms of effort compared to the Red Devil and its air cooler is well worth an extra mention. And the card rightly deserves the award it has received. Nevertheless, there is no recommendation to buy, because you can’t recommend something that you can’t even buy without putting yourself on the sidelines. 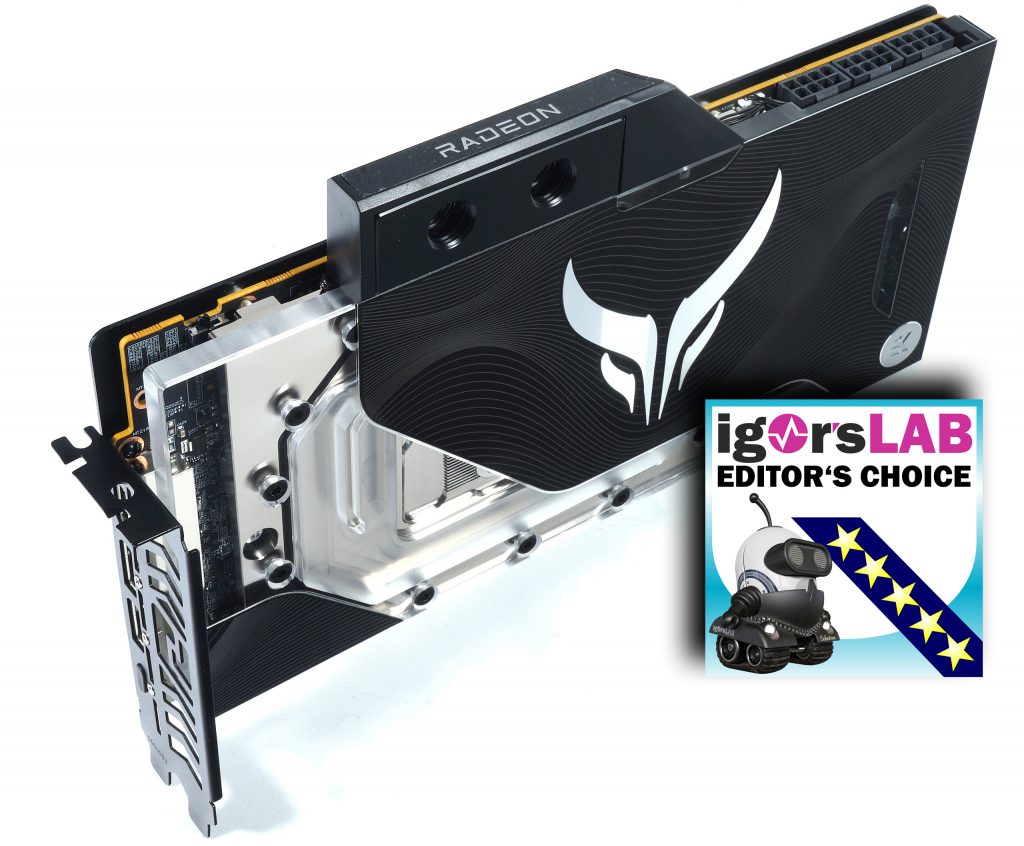 The availability is unfortunately a thing, but should rather not be due to PowerColor, here TSMC has probably simply taken over. Especially since one hears that various things are also in short supply, which are otherwise needed for chip production. A causal chain with lots of unknowns. I can only wish everyone good F5 skills when the first batch arrives in Germany. There probably won’t be many cards for now, but maybe some. So it is best to practice a bit, then it will work with the shopping cart.

The card was provided to igorsLAB by PowerColor under NDA for testing with the condition not to fall short of the specified release date until the NDA falls. There was no possible influence of the manufacturer on the test and the results, nor was there any obligation to publish them.


I have a weird feeling after reading this and I've gotta ask ---- how old is your PSU and how sure are you that the PSU is not the root cause ? If...


I have a weird feeling after reading this and I've gotta ask ---- how old is your PSU and how sure are you that the PSU is not the root cause ? If...

NVIDIA Reflex and NVIDIA Boost in practice test: Skill enhancer or marketing – What remains of the promise?
What Ryzen 6000 performance could theoretically look like | Investigative with the MSI B550 Unify-X