Powercolor sets a decent fragrance brand with the RX 5700 XT Red Devil - both in terms of performance and the massive cooler as well as in terms of price. There is also a Silent BIOS that really honors its name. But I don't want to spoil, I want to test. So it's best to read for yourself.

Powercolor, like AMD, uses a 7+2 phase design for the Red Devil. Who now counts ten MOSFETSs for the GPU is basically correct, but there are only 7 real phases, of which 3 phases each control 2 voltage transformer circuits in parallel, so that one gets 10 voltage converter circuits (VDDC) at the end. The well-known IR 35217 from International Rectifier controls the 10 NCP 302155 from ON Semiconductor, which are rather inexpensive dual MOSFETs that have an integrated gate driver and can therefore also be operated in parallel on this PWM controller.

In the two phases for memory (MVDD), Powercolor (like others) relies on an NCP 81022, a digital 2-phase voltage regulator, each with a slightly smaller NCP 302045, which otherwise also represents a dual MOSFET that combines high and low-side, as well as the gate driver in a package. This MOSFET, which looks like a Smart Power Stage, is also used in the voltage converters for the SoC and VDDCI. 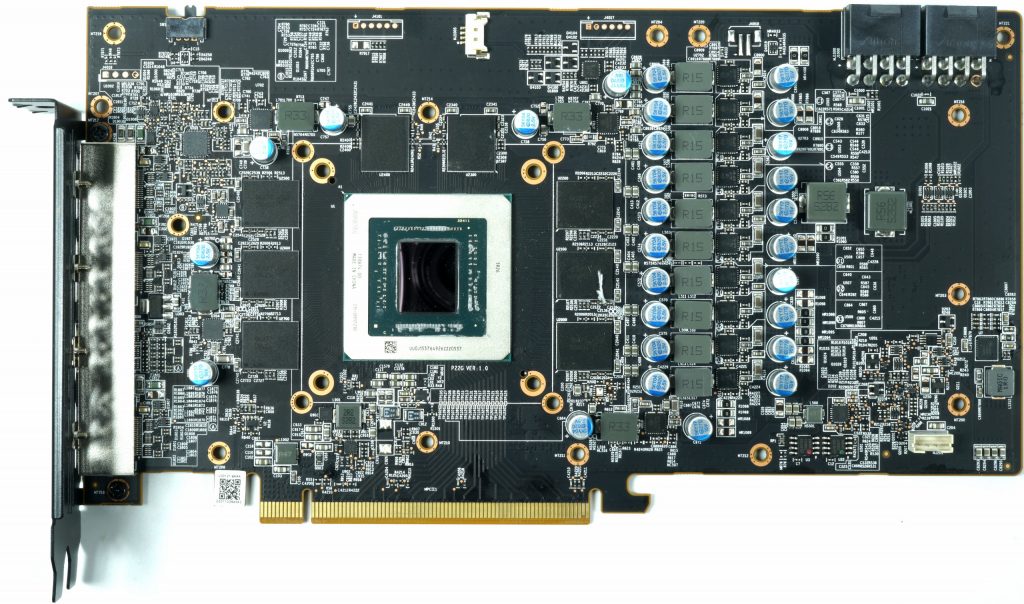 Powercolor relies on a short PCB with very few active components on the back. A second 8-pin connector implies a high overclocking potential, but this is likely to be more appearance than being. One of the VDDC phases for the GPU is fed from the motherboard slot (PEG), the rest via the external PCIe ports. 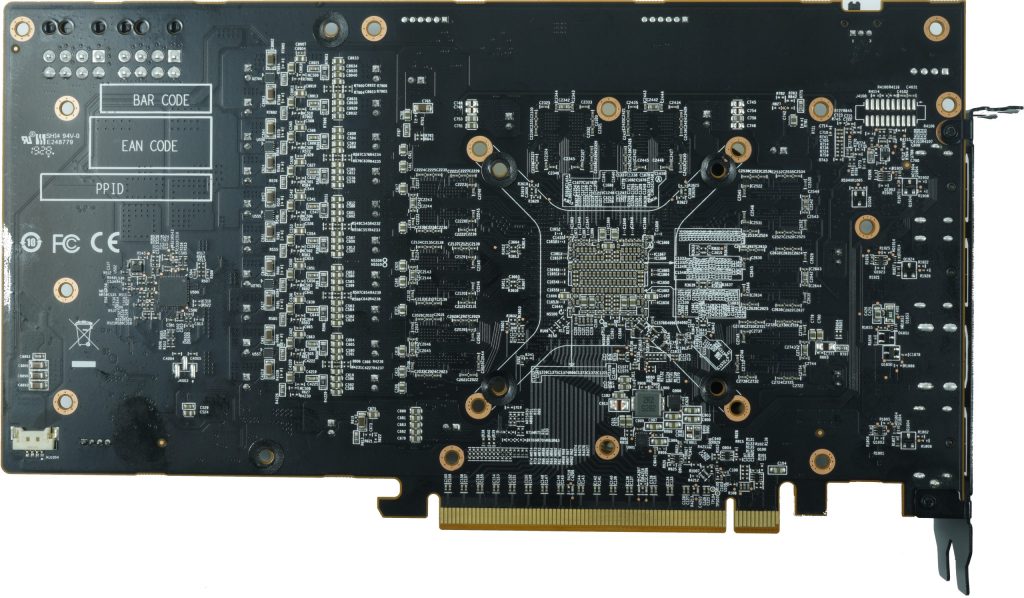 The following table contains the most important components:

The upper cover carries the three fan modules with the respective 9 rotor blades and 8.5 cm diameter (opening 9 cm). The underlying, two-piece slat cooler with the vertical cooling fins receives the waste heat from the nickel-plated heat sink over a total of four 6 mm and one 8 mm heat pipe. These nickel-plated heatpipes are made of copper composite material and extend almost completely over the entire bottom of the radiator except for one of the heatpipes.

The memory modules cool Powercolor via a common heat sink with the GPU and thus also directly over the cooler. For the thermal transition, thicker thermal pads are used, which serve their purpose quite well.

The backplate does not absorb waste heat and is not integrated in terms of cooling technology, but only of a purely optical nature. This includes the backlit Red Devil logo.