Especially after the tests of the B550 motherboards, the justified question about the problem with the split PCIe 4.0 ports naturally arises. PCIe 4.0 with 16 or 8x connection should not show any (serious) difference together with the suitable (AMD) graphics card. But what about the fallback to PCIe 3.0, for example runs an older AMD or current Nvidia graphics card in such a slot?

In order to remain really accurate and reproducible, I must of course limit the test in terms of games and graphics cards. In the pre-test with 12 games and 3 graphics cards of different performance classes the game Assassin’s Creed Odyssey then crystallized out that despite various fluctuations the most consistent results were achieved in the different resolutions. However, in order to see these differences at all, I have to reach for the top shelf of the graphics cards. As CPU I use a Ryzen 9 3950X with PBO in game mode (8 cores), a MSI MEG X570 Godlike and 64 GB Patriot Viper DDR4 3600 Blackout Edition (2x 32 GB). All components are cooled with chiller and 20 °C cold water to avoid temperature-related measurement differences as far as possible. 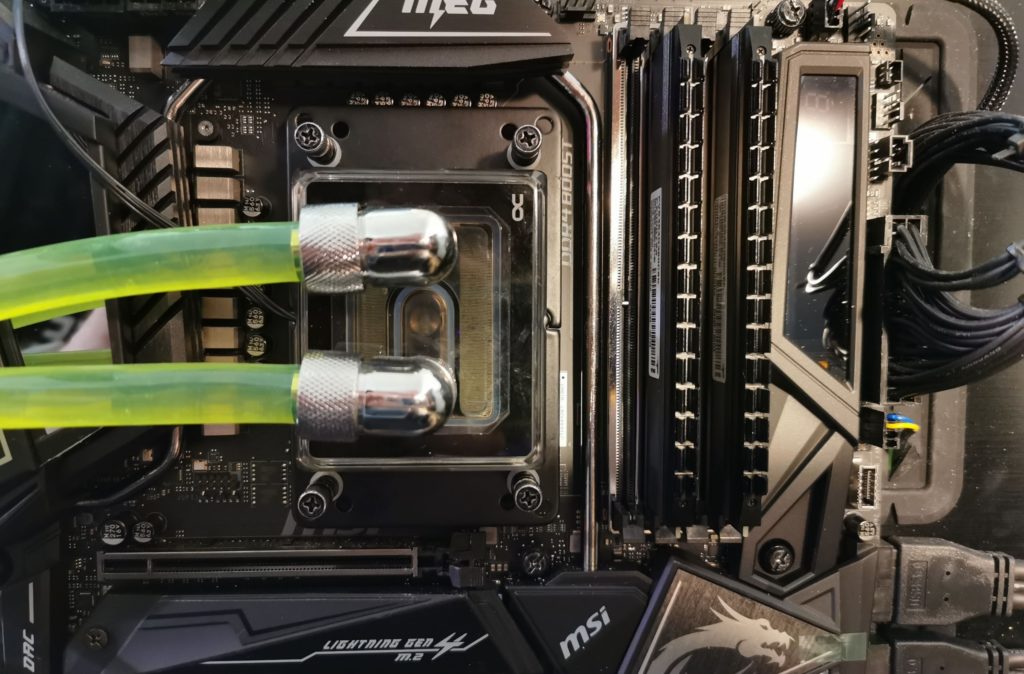 I have five presets with four resolutions, i.e. 720p, 1080p, 1440p and 2160p in the highest quality settings without antialiasing (AA) and once 2160p with maximum AA in 5 to 7 runs each. For the evaluation in the single graphs I took the run which was closest to the average value of all gebenchmarkten runs. With a total of 128 measurements, one can probably already speak of a reasonably representative result.

Since Nvidia graphics cards currently generally force a fallback to 3.0, a PCIe 4.0 slot will only run on 3.0, i.e. as PCIe 3.0 x16 @16 and @8, whereby the latter could well lead to limitations and bandwidth limits. But how big is the actual performance loss really? with a constant boost of about 2 GHz, the water-cooled Quadro RTX 6000 24 GB is the fastest Nvidia graphics card currently available alongside the Titan RTX. If there are any limits to be seen at all, then certainly especially with this card.

The check shows the fallback to PCIe 3.0 and the respective bus interface – depending on the BIOS specifications. 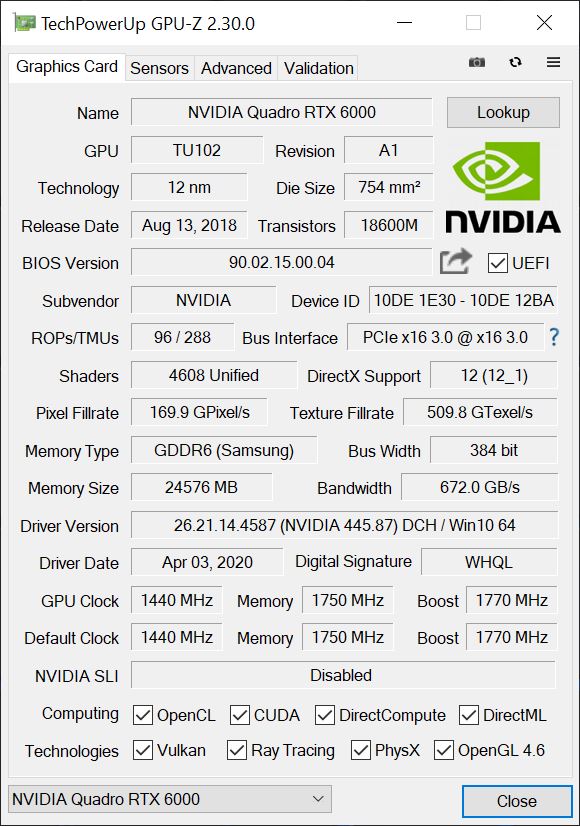 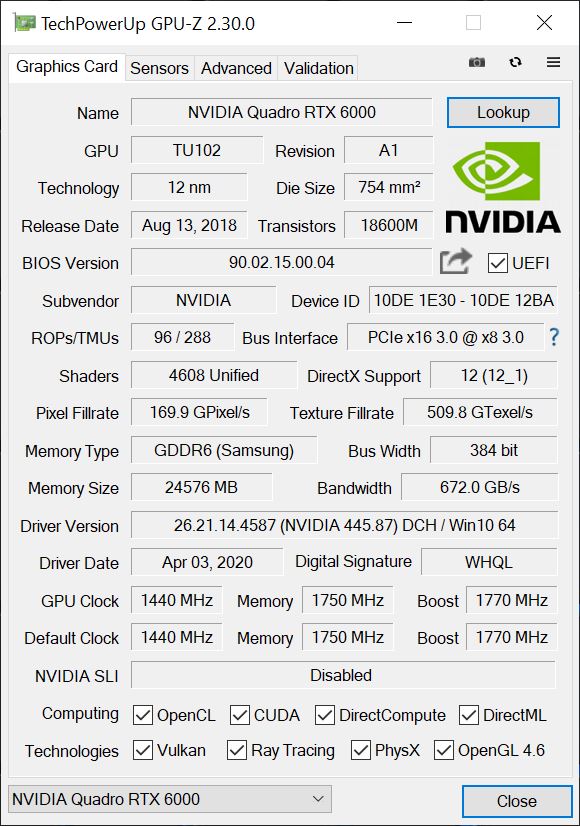 With the AMD graphics card, I also use a water-cooled model to eliminate the possible tolerances caused by temperature fluctuations from the outset. Also here I have on average about 2 GHz constantly after a little help with the RBE. In return, the Sapphire RX 5700 XT Nitro Plus, as the fastest Navi card in my archive, performs well as always.

Here again the BIOS counter test, so that nothing goes wrong: 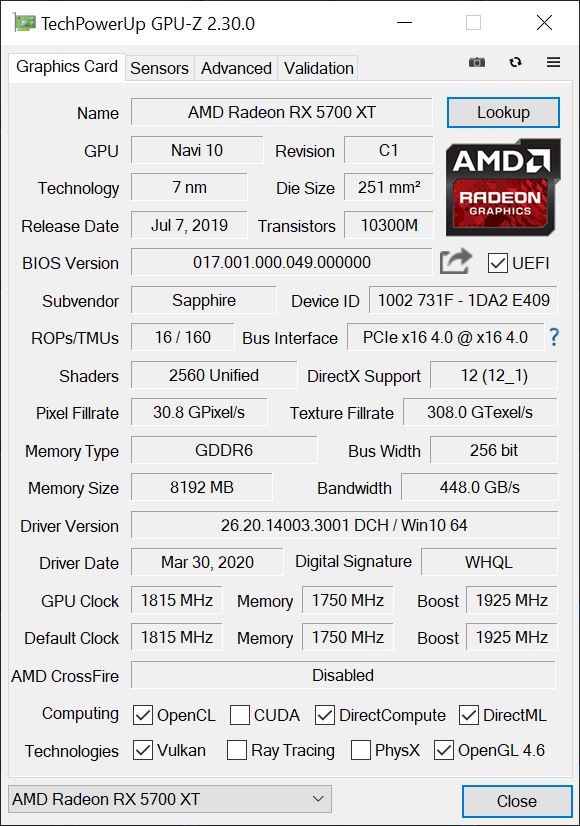 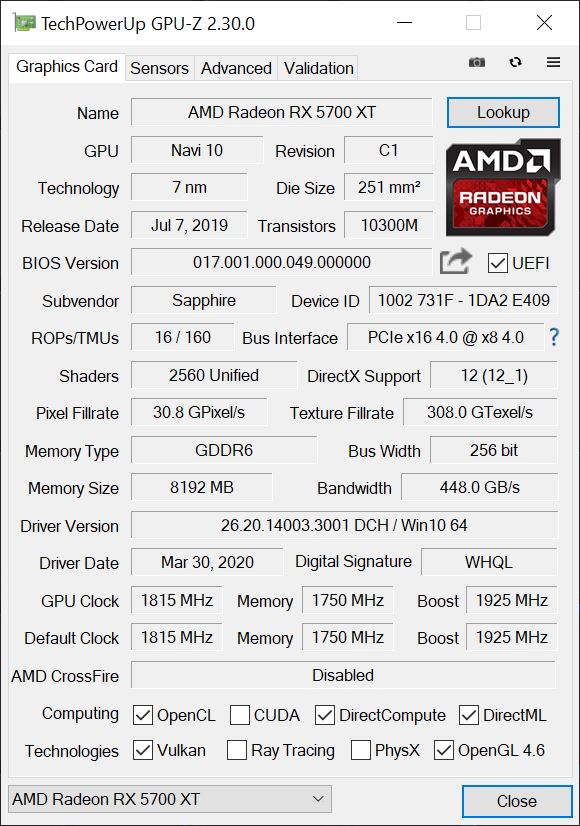 And now it can actually already start, because curiosity dies last, as is well known.

Matisse Refresh – light and shadow, sidegrade or real gain? versatility test from old against new and all against Intel
At NVIDIA the small chips are getting scarce – with cut RTX chips they can probably counteract this with