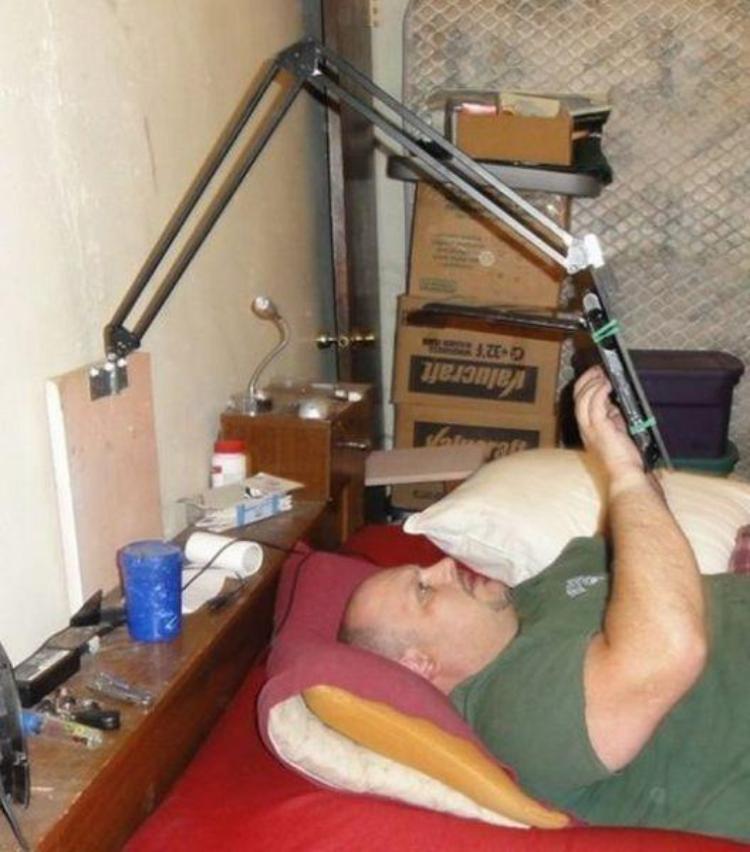 Still ask why the guy has such thick upper arms? There is no neck for that….