If you compare some reviews that seem to have been tested almost exclusively with new goods, then both SSDs fall down a little, but not strongly. The CrystalDiskMark is the typical classic, which also does not even scratch the pseudo SLC cache. From this point of view, this is more for the gallery and smaller amounts of data that are written in one piece. On the left we see the values of the Patriot SSD, on the right those of the Corsair SSD. The differences are really marginal and subjectively definitely not perceptible. 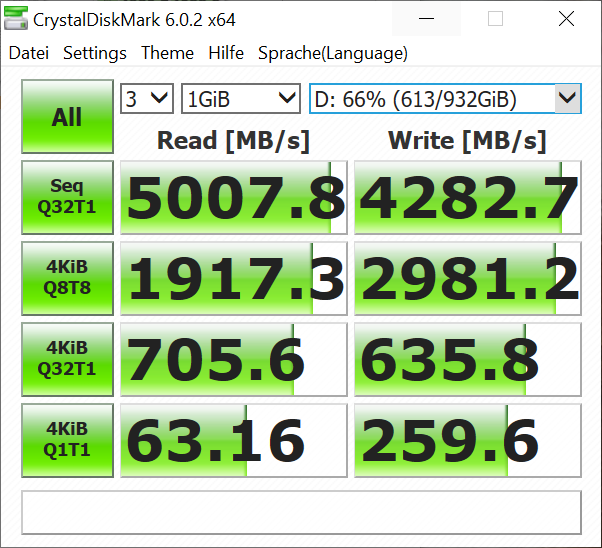 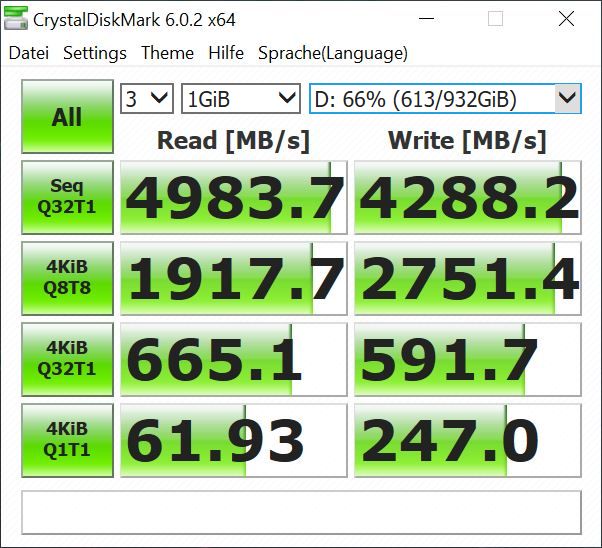 ATTO is a little more demanding, but again the test is not enough to bring the pSLC cache to its knees even in the beginning. But reading is now a lot faster, while there is a complete tie when writing. 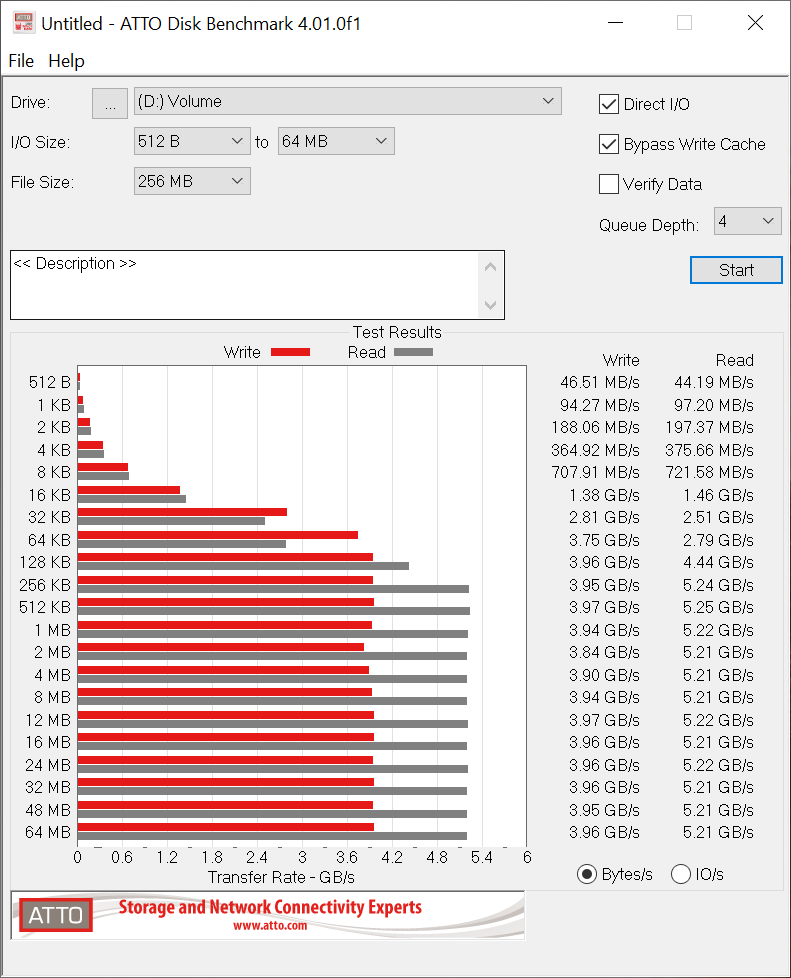 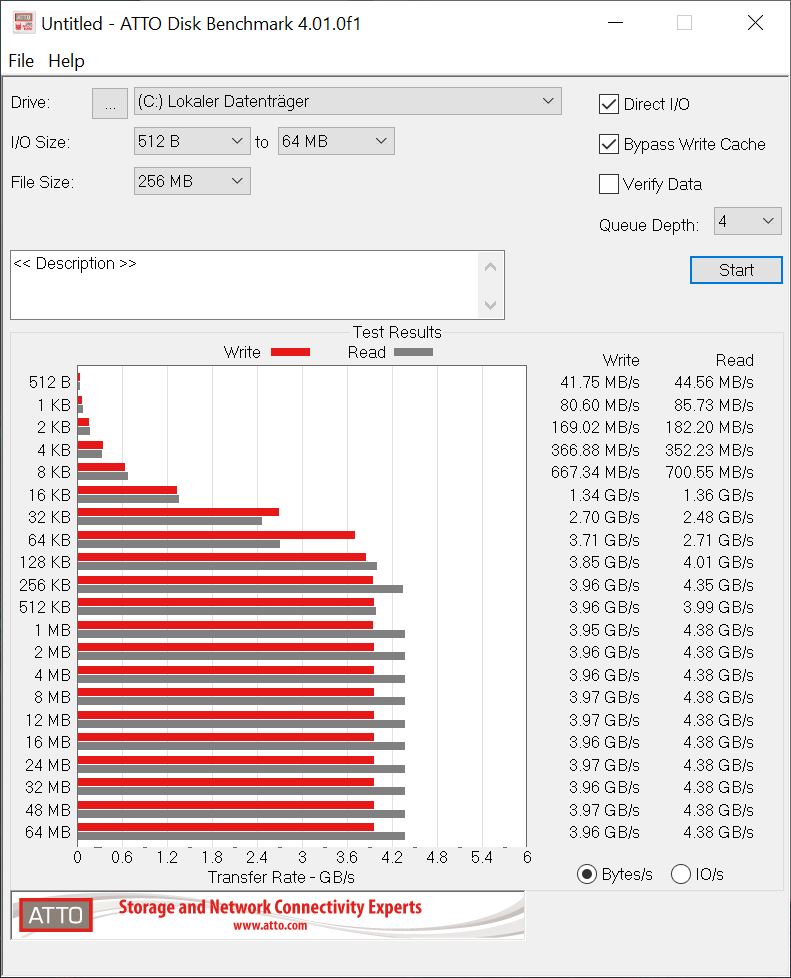 Especially the daily use of the two SSDs corresponds to what the SPECwpc releases on the drives, because I work with the same or the same. similar applications. sometimes you notice the value of a very fast SSD, but often you don’t. It is enough to use a normal NVMe, whether PCIe Gen. 4 or 3. Do it as it is, because the large pSLC cache helps both SSDs to almost the same extent.

But before I evaluate the SPECwpc, let’s take a look at AJA, because here we have to show how far the pSLC cache goes. Unfortunately, AJA doesn’t run for 3 minutes, because only then a low-compressed video stream has broken in with me. This time until the pSLC cache collapsed was also roughly identical for both plates. Now let’s look at the writing in direct comparison between the Patriot Viper VP4100 (above) and the Corsair Force MP600 (below):

The SSD of Patriot makes a slightly better figure in the stream, even if the write rates and the complete gradient curve are very similar. But here, too, it has to be noted that the few MB/s difference is not extremely important. They are reproducible, but subjectively not noticeable.

And what about reading the stream now? Again, I compared both SSDs:

The curve of the Patriot VP4100 looks a tick more stable, but the average reading rate at the end of the session is somewhat the same. Real differences are therefore also absolute misrepresentation here

This brings us to SPECwpc and the real-world applications it contains. I forgo the IOPS and prefer to stick to the writing and reading at MB/s. Because what is generally written here is small but often, which can also be seen from the low rates. You are far away from the theoretically possible maximum rates and what you create in the constant stream. First, let’s look at the reads and find that both SSDs are very close together – with a small advantage for the obviously read-optimized VP4100. 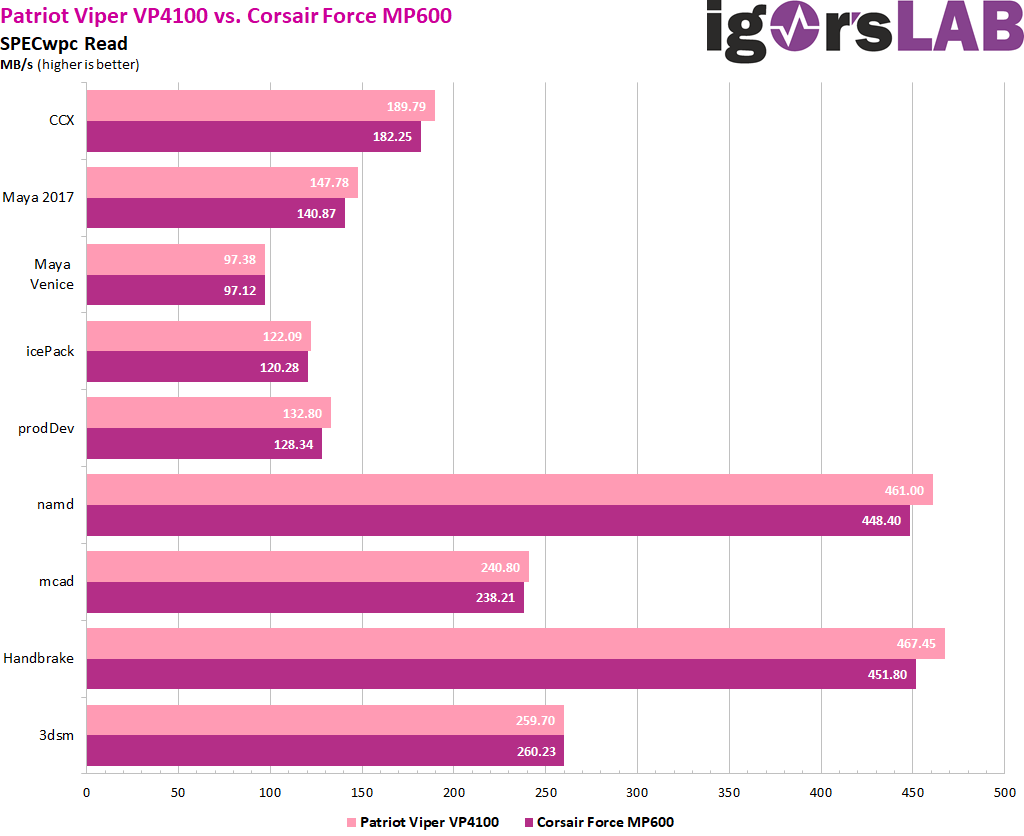 When it comes to writing, both SSDs are virtually equal. The Corsair Force MP600 is usually a reproducible touch faster, but this advantage when writing is slightly smaller than the reading advantage of the Patriot Viper VP4100. Nevertheless, in the end, everything is purely subjectively felt a nice tie, whether reading or writing. Nuances are there, but it’s not groundbreakingly different. 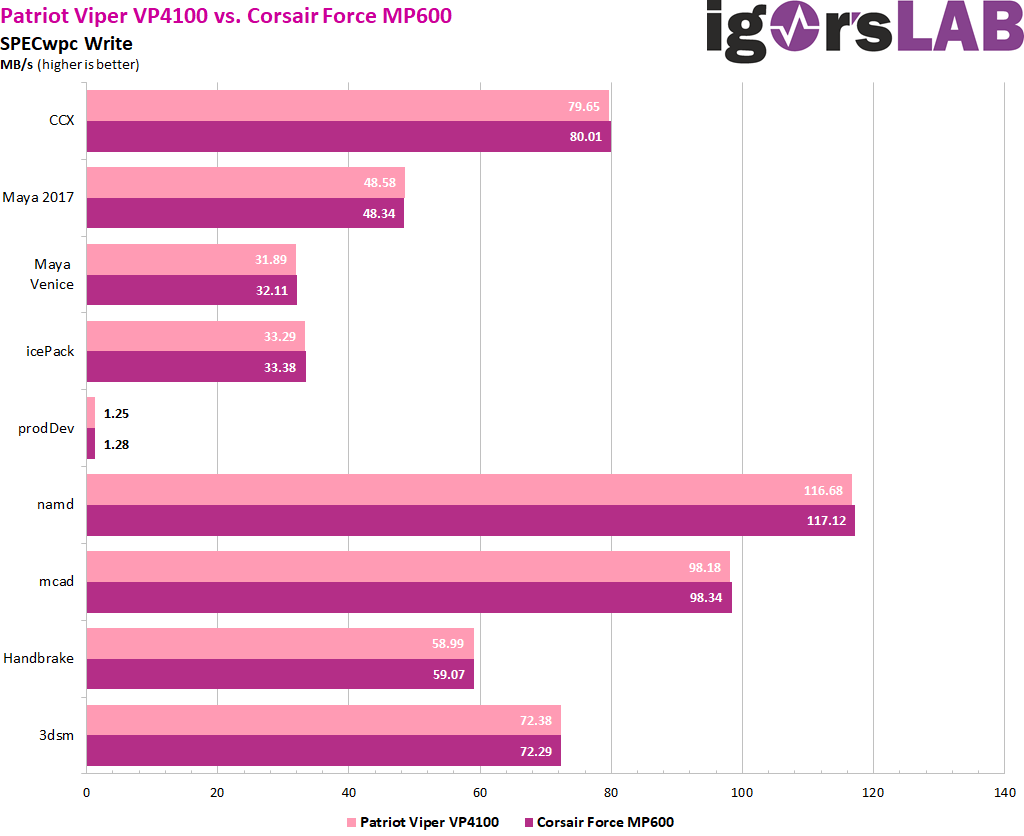 When two SSDs identical in board and component assembly meet, there are certainly slight tolerances on the NAND, but this is within the negligible range. The only difference I have ever seen is a slight advantage in the readership. Here, Patriot seems to have improved a little. The Viper VP4100 lacks the hardware-accelerated AES-256-bit encryption that Corsair provides. Those who can do without this get a slightly faster SSD, at least in benchmarks.

And in terms of price, Patriot can be rewarded quite well with this small benchmark advantage. SSD prices are daily prices and they also fluctuate quite neatly. Nevertheless, approx. 10 to 12% price difference a small house number for otherwise identical products, which in addition to the same board layout j also rely on an absolutely identical assembly on the NAND, the controller and the installed DDR4. We will have to weigh up whether the slightly higher reading rate is worth the extra charge. After all, the Patriot is often a tick faster.

They are both premium products that you should buy not only because of the support of the PCIe 4.0, but because the pseudo SLC cache is so large that it really takes minutes to force it to its knees. That means something, even if it is not impossible. But who records RAW streams in Ultra HD? But – it’s not as absurd as that either.

From the schematic to the finished PCB layout – generally explained
Volume flow, pressure loss and cooling performance using the example of a CPU and GPU water block | Practical knowledge