What lasts for a long time will be really good? With too much euphoria it is always such a thing and so I spoil it at the beginning: it is not a revolution, but has become a solid NVMe SSD for the M.2 slot. But it took more than a year between the announcement at CES 2018 and the real launch. And that with the prices? At the moment, pretty much everything is in free fall and we have to wait and see where it all comes to an end. And I was able to get the SSD before it hits the shops. 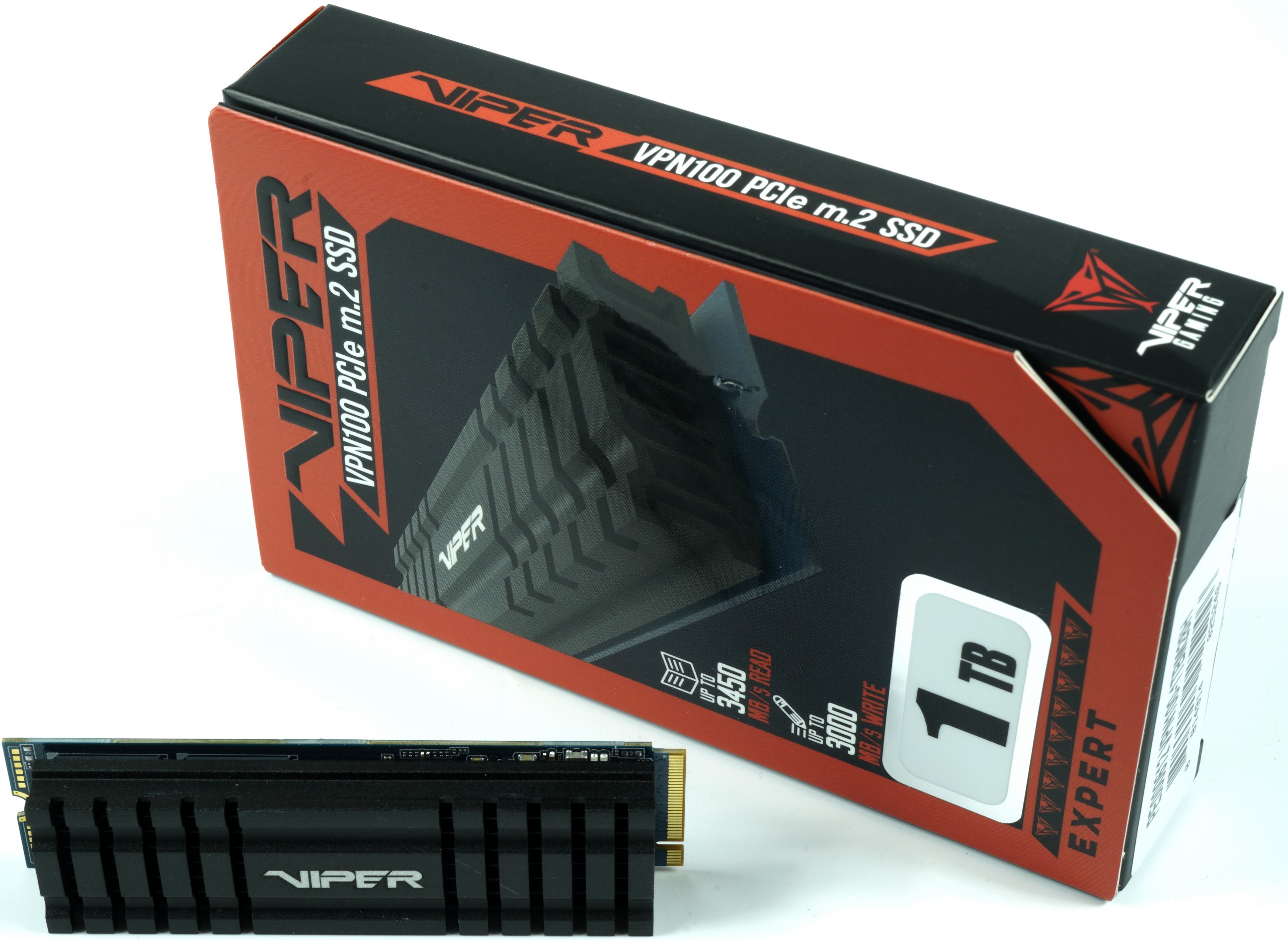 One thing is important: Patriot has at least learned from the problems with the really hellishly hot Hellfire (attention, pun box office!), so that one can understand the rising learning curve both technically and visually with the new Viper. The Phison PS5012-E12 is a new controller that, through improved efficiency, already excludes these temperatures as a cause. the measured values should be pushed down significantly. And for the symptoms, there is already a proper heat sink from the factory, which honors its name, but also forces attention when choosing the right location. 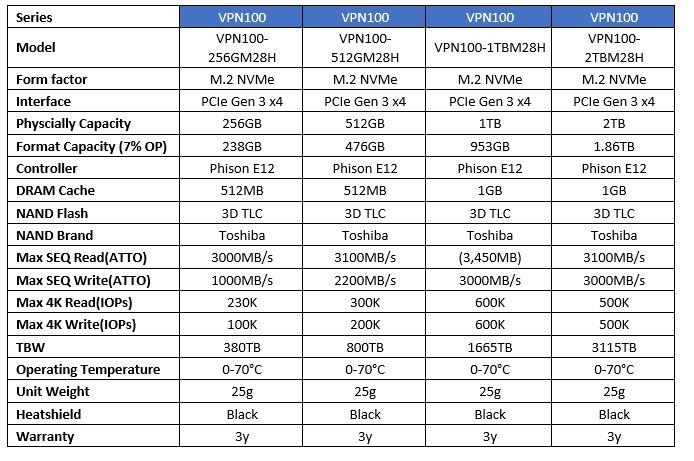 The well-known TLC flash from Toshiba is used. This is nothing special in itself and since I have been using original Toshiba SSDs with the same 1TB assembly in daily production for ages, long-term suitability should not be an issue either. Especially since the Phison E12 should be a corner better.

But before I get to the measurement results, I have to say a word about the cooler. The SSD remained surprisingly cool, even in continuous use. What can be measured superficially at a maximum of 38 °C after an hour is even better than that of most "naked" test objects cooled with the motherboard coolers. However, the installation location of this SSD deserves a fair amount of attention, because if we take a look at the next picture, we even see two real problems if you turn off the brain during installation and turn on the graphics card later.

This SSD has nothing to look for in the M.2 slot right next to the graphics card (like any other SSD)! A lot of graphics cards blow a not inconsiderable part of the exhaust air down towards the motherboard. If, for example, you set an RTX 2080 directly on it, the temperatures of the SSD quickly rise once by up to 15 degrees (and more). In addition, the installation height of the SSD cooler hardly allows a proper graphics card montage, as the above picture shows.

Advantageously, the cooler is hollow inside and the cooling fins absorb the airflow in the housing in length and let it pass through in the direction of the back of the housing. You can live really well with this and also use these SSDs on boards that do not have installed coolers for M.2 SSDs, which are certainly not a few, if you do not mention the more expensive models.

I run the SSD with three different benchmarks, whereby the result can also be seen in direct comparison to other SSDs. CrystalDiskMark, AS SSD and the ATTO Benchmark are used. Three different approaches, but the motherboard was certainly not the limiting factor. This SSD has been measured several times, even after a large number of larger and smaller files have been read and read or until it was physically full.

It is interesting that the write rates are quite high, which is unfortunately not the case with many SSDs, even if only CrystalDiskMark rates these rates at up to 3100 MB/s. In general, this benchmark is quite generous in terms of the values achieved: 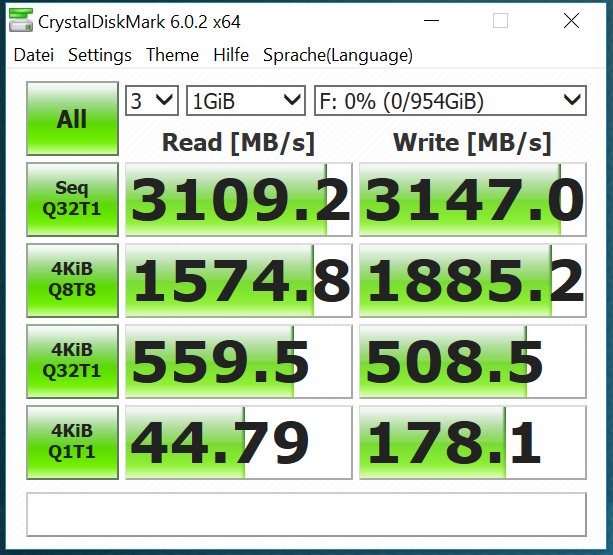 Although the read and write values are generally lower in the total, the AS SSD benchmark shows the same trend in terms of high write rates. This, in turn, is also an important insight. 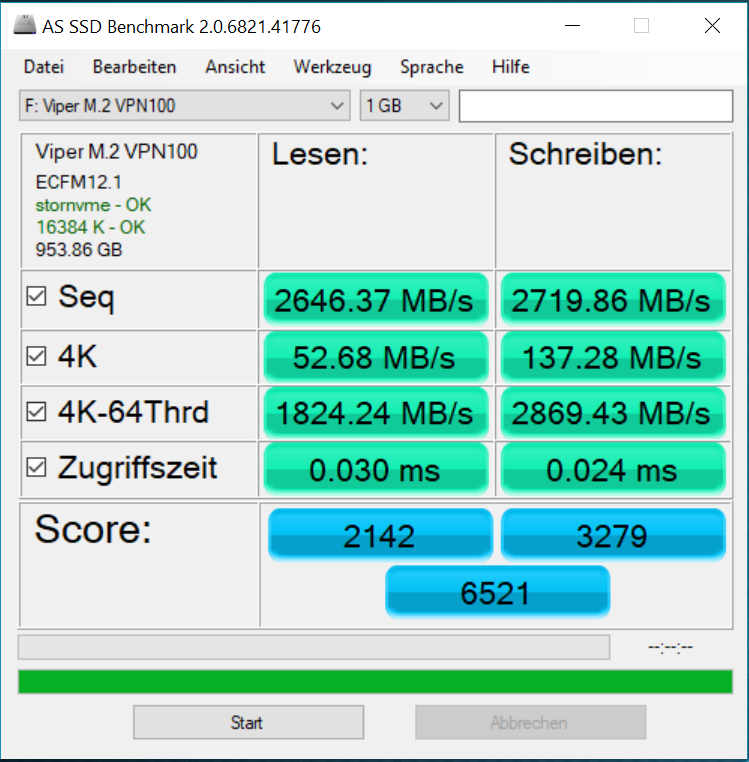 If, on the other hand, you use the ATTO Disk Benchmark, you will again approach the 3000 mark. where again the write rates are partially higher. In the end, a trend becomes a correct result, which is confirmed in all benchmarks and which also corresponds subjectively with what is perceived. Because in everyday life, writing is really fast. 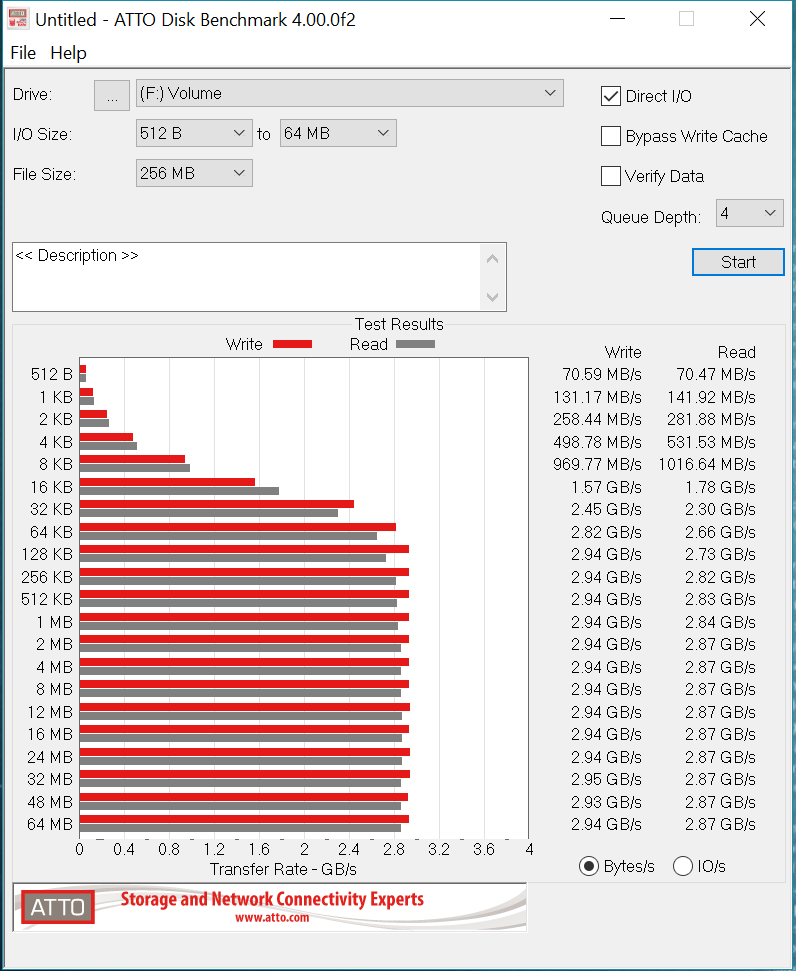 This NVMe SSD is almost the ideal part for any M.2 slot. Only the real store availability has yet to be discussed. If I had a final price and could confirm resiliently where you could get a part of it in case of pleasure, i.e. a corresponding award would surely have been in it at the right price/performance ratio. So i only have the recommendation to observe the product offers in the shops and to put the Patriot Viper on the watch list.

The RRP of 229 euros for the VPN100-1TBM28H with 1TB is certainly somewhat optimistic due to the current road prices, but as such also not too researched – so you will have to see what else is going on. The smaller VPN100-512GM28H with an RRP of 129.00 is cheaper but not very cheaply set and the very small VPN100-256GM28H for 79.00 Euro seems to me a little too expensive even as an EIA, because there are now offers like sand by the sea. But as we know, an EIA is never the last word, thank God. 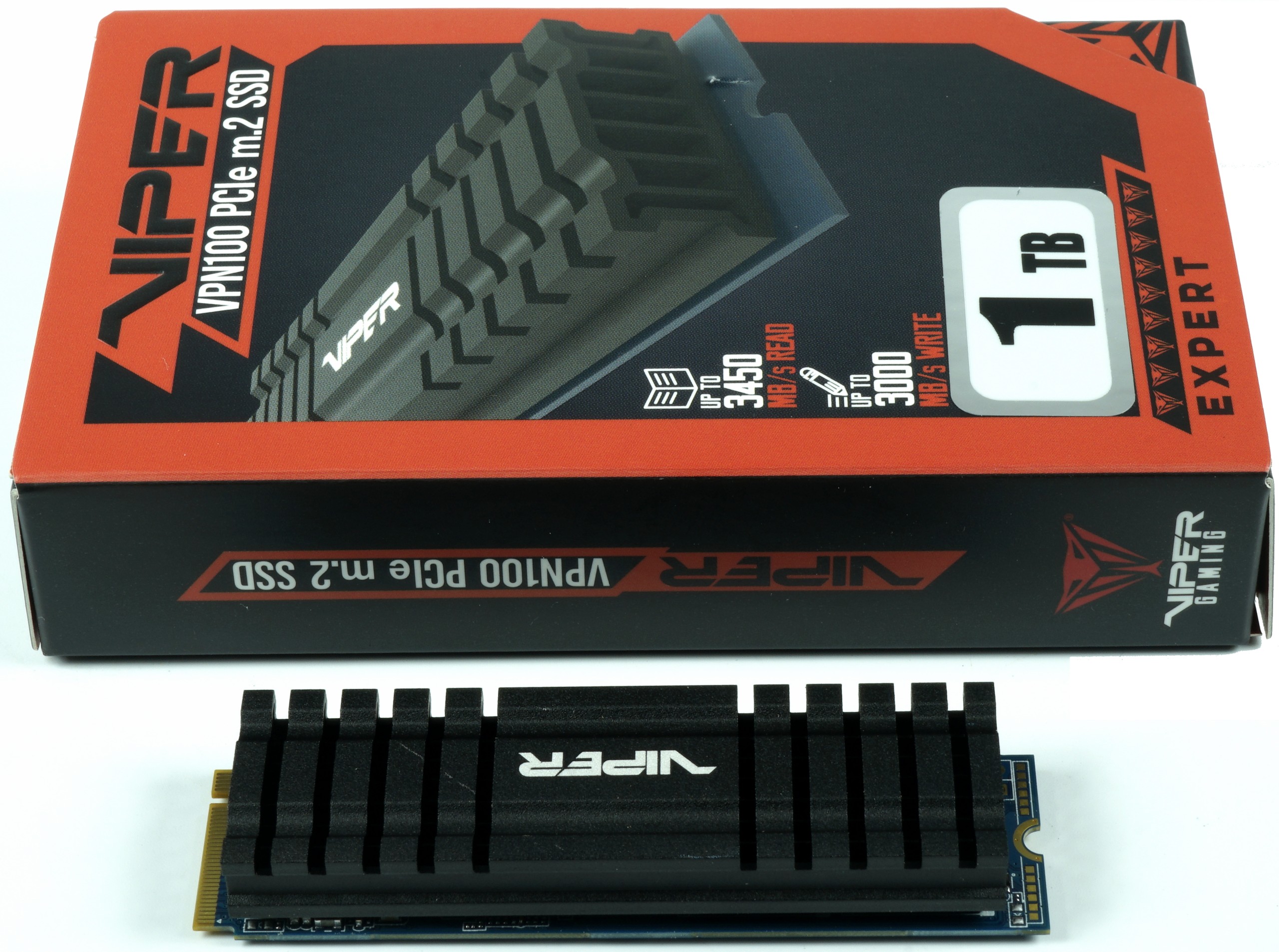 Even with the help of the controller and of course the good cooling, the Patriot Viper M.2 NVMe SSD is certainly a good addition for fast PCs, if price and availability are right and harmonize with the market. But at least I was able to get a sample and in the end I'm not dissatisfied with it myself, because in productive use this SSD is hard to beat. At least I can live with this realization quite well. As dealers, Alternate and, if applicable, mindfactory in conversation, so we'll have to see when, where and how much.

And what about the alternative, as the headline implies? It would certainly be a performance-wise one. But we would have reached the price again, which has yet to find itself in the near future. If, however, it is true, then there is nothing against it.