Currently, there are already several rumors about NVIDIA’s upgrade of the current Ampere graphics cards. And so it’s no surprise that the media community is clinging to any hint that might be aimed at it. And then came HP. Looking at the announced portfolio on the website, the manufacturer could go all out with its upcoming AIO PCs, as the company itself has now listed such a model with an NVIDIA GeForce RTX 3080 SUPER.

However, you have to keep in mind that NVIDIA hasn’t even unveiled a SUPER lineup for Ampere yet, but there have already been several rumors alluding to the upcoming lineup. So everything’s gonna be great again? Well, maybe not quite yet, but it’s worth taking a look at the homepage and the supposed predecessor model first. 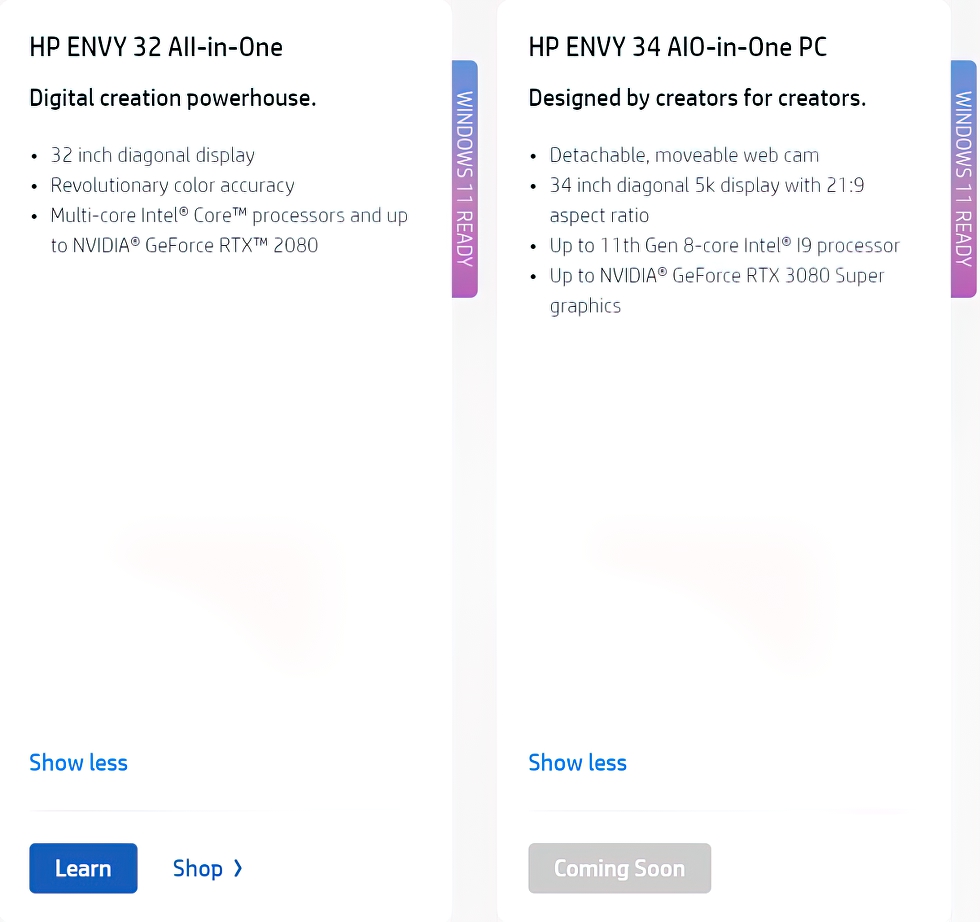 That’s because an HP ENVY 34 AIO PC is pretty much exactly what it sounds like: a 34-inch screen with an AIO design that integrates all the hardware on the back of the screen. HP lists the GeForce RTX 2080 for its ENVY 32 AIO PC, and based on what’s known, this particular variant is a Max-Q Mobility card. Therefore, it would make sense that the RTX 3080 SUPER in the 34-inch model is also a Max-Q variant and not a discrete desktop graphics card. That would certainly be a thermal disaster.

But what does HP actually have listed here?  Copy-paste of a web design intern? Or did HP simply update its model specs, forgetting to change the full model name of the 32″ model from 2080 to 3080? OEMs usually like to make mistakes like this and HP has also listed cards like the GTX 1180 before, which later turned out to be just a placeholder. However, if the listing turns out to be true, then the NVIDIA GeForce RTX 3080 SUPER could be a refreshed amp SKU with higher clock speeds, possibly more VRAM, and slight performance tweaks.

The NVIDIA GeForce RTX 30 SUPER Refresh is expected to launch in January 2022 (CES) on both mobile and PC desktop platforms, so we better stay deeply relaxed for now and wait for things to come.