The card will boot if it is cool enough and the GPU load does not exceed 20% up to 2040 MHz. However, this is a kind of fair-weather boost, which in my very extremely challenging test game then collapses as the temperature rises from 1905 MHz to about 1845 MHz. But this is still well above what NVIDIA officially states for the boost. The memory can be overclocked a little bit, whereby the GDDR6 memory inside is about 90 °C (games approx. 88 °C). This is not little, but still harmless. Nevertheless, tomorrow I will show how to do this much cooler. Stay tuned.

The GPU could not even be overclocked stably more than 200 MHz, but after warming up, this resulted in about 105 MHz more clock. Costs and benefits? Dog-tail principle, because more waste heat causes the boost cycle to drop again. Here one will have to hope for the GPU lotto and the best possible manual voltage adjustment in the Curve Editor. Depending on chip quality. 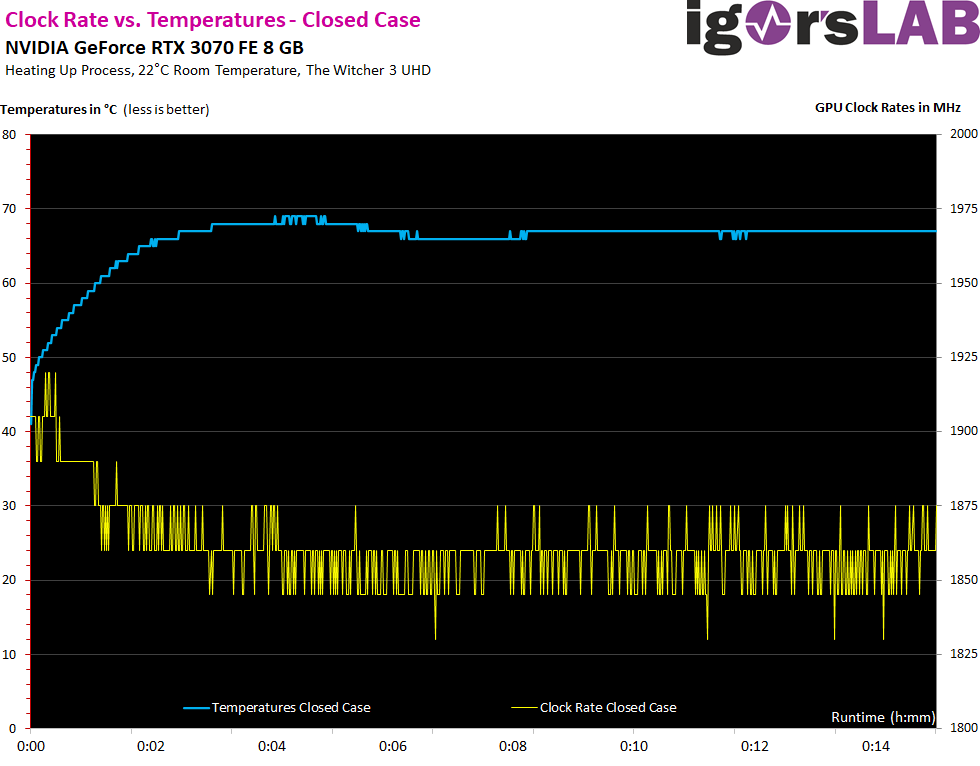 Let us now come to the recording with the high-resolution infrared camera. The PI640 from Optris has a true 640 x 480 pixel bolometer and records at up to 30 FPS. I use here the normal lens and calibrated foil with a known transmittance so that I can de facto look inside the closed housing. I remove the backplate because this time it does not cool the voltage transformers directly and the memory. If you now let the Witcher 3 run free and some air, everything heats up properly but still in a mannerly way. The underside of the VRM is relatively warm at up to 85 °C. The current backplate solution only brings about 2 to 3 degrees less on the right side. We’ll see tomorrow why that is. 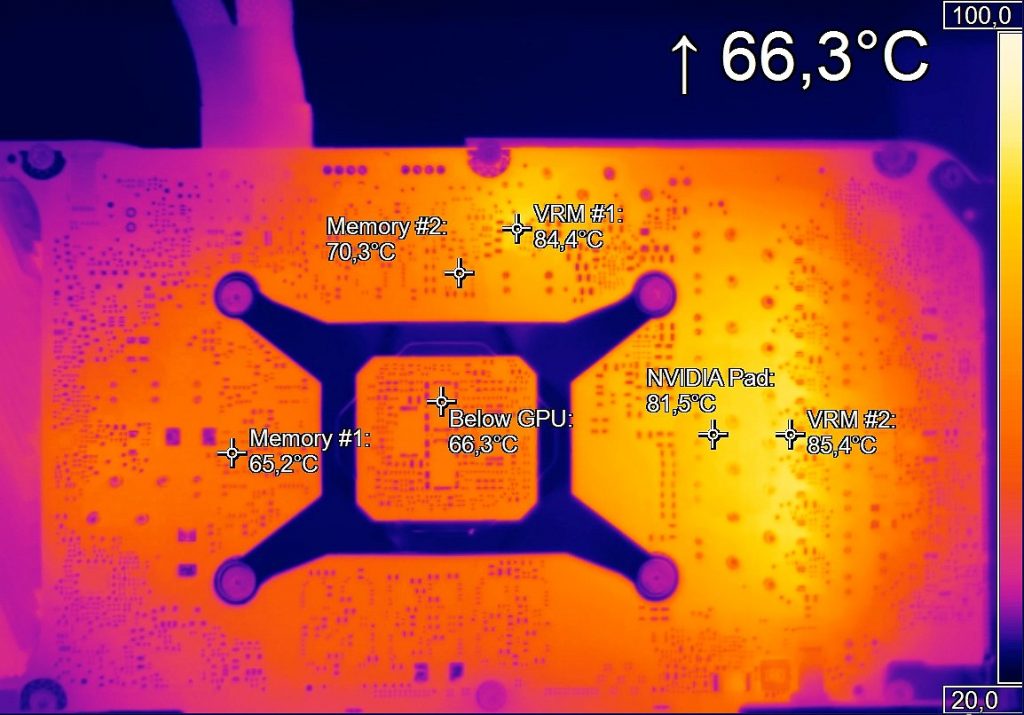