Curiosity wins and so I finally bought a MSI MAG B550 Tomahawk from a friendly dealer. After all the current discussions about the current marketing actions of the different manufacturers with high cashback offers and discounts for positive reader reviews on the one hand and the rather offensive marketing via social networks with the other vendor, the ambition is naturally awakened to investigate and see what such a product is really good for.

The MSI MAG B550 as a normal ATX board with currently 160 Euro is not a real cheap one and I will therefore put the focus of the review on the teardown, the voltage converters including cooling, the audio chip including output power at different impedances and the M.2 performance. I’d rather leave the unpacking and touching to the unboxers. One can also cleverly avoid each other in the division of labour. That’s why today (as always), the marketing phrases are missing and I limit myself to the necessary and important

Furthermore I clarify the question, where to connect your headset best with this board, respectively if it makes a difference. To the onboard chip for the sound there is also a closer version and I also took a closer look at the soldering and processing quality (as far as that was possible). 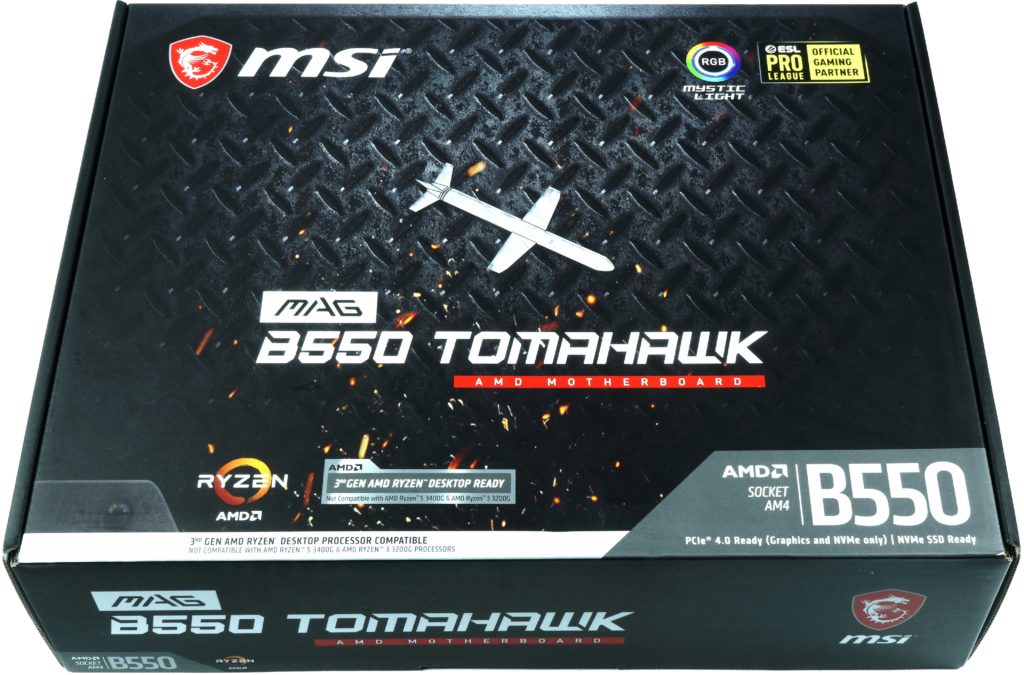 Normally you would expect a Ryzen 5, Ryzen 7 or even Ryzen 9 on such a board, so I at least did the audio tests with a Ryzen 7 3800X and then upgraded. For the voltage converter test and the performance I will of course use the Ryzen 9 3900X, you don’t treat yourself and your IR camera to anything else and I remain comparable. In addition, 64 GB Patriot Viper DDR4 3600 Blackout Edition (2x 32 GB) for the performance tests and simpler DDR4 3200 in the lab for the stress tests. The Patriot RAM RAM runs absolutely stable even with the awarded DDR4 3600 CL18-20-20-40, good entry.

With this, the board is testing up to certain limits, especially since hardly any buyer of such a board will go that far in the end. But it’s always good to know that you could if you wanted to. And, I can spoil this already, even a Ryzen 9 3950X will perform stable, even with extreme OC. If you don’t want to use all of the X570’s advertised features, don’t need all of the high-speed USB ports and you can survive, for example with a maximum of one PCIe 4.0 M.2 NVMe SSD, another PCIe 3.0 NVMe SSD and a maximum of 6 SATA ports, you could possibly be even happier with such a B550 model than with the X570 with its noisy chipset fan. 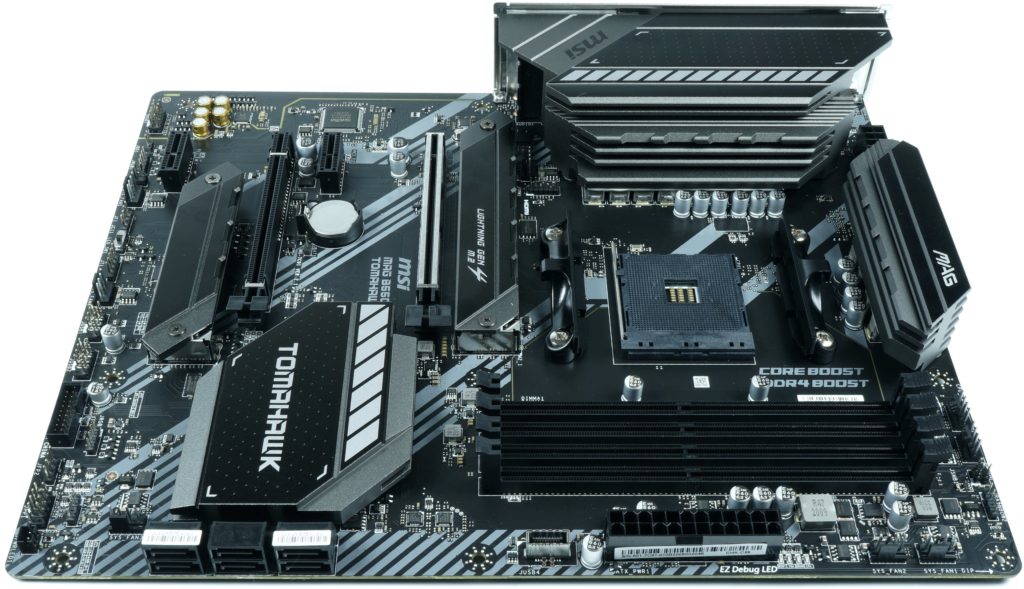 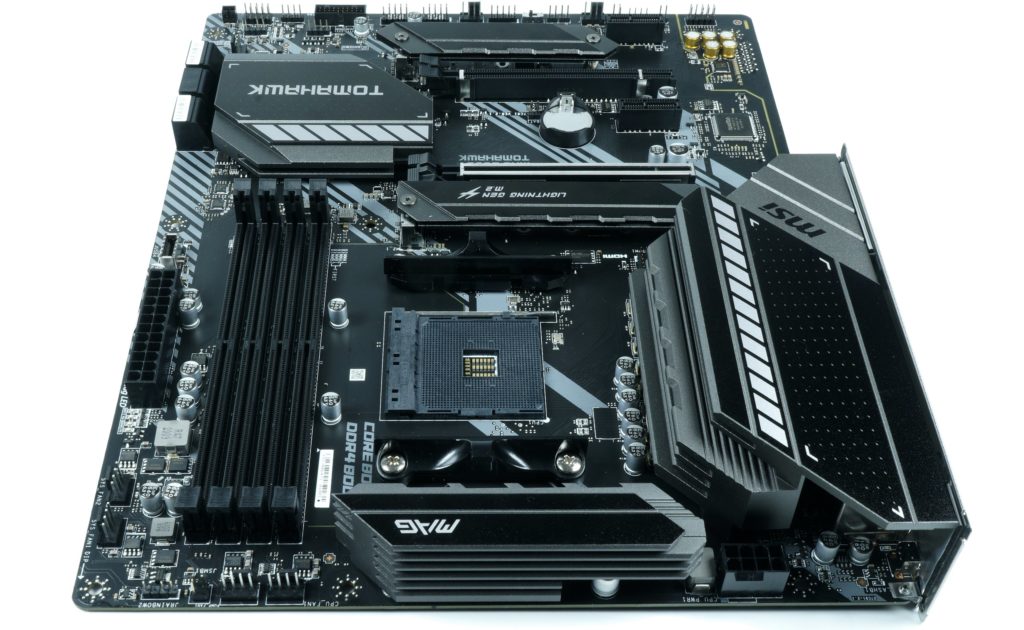 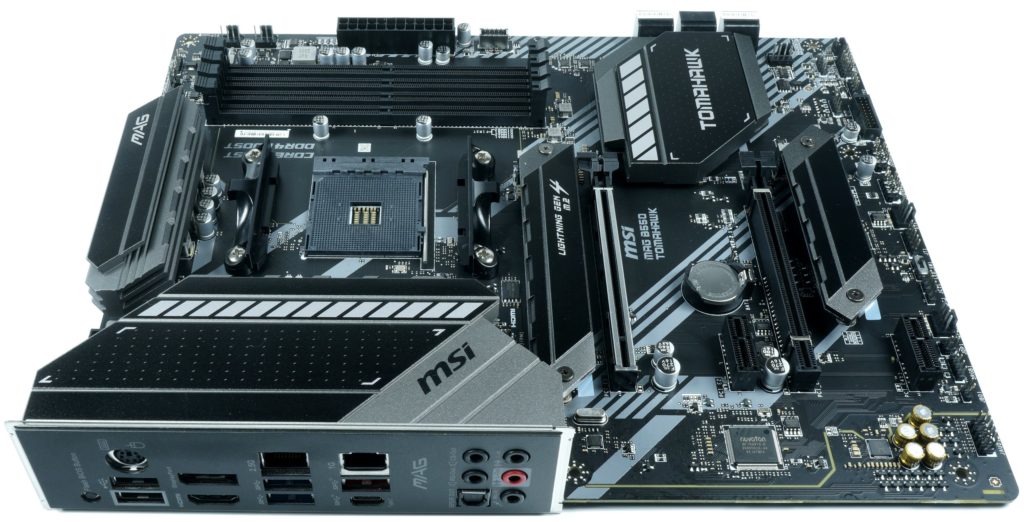 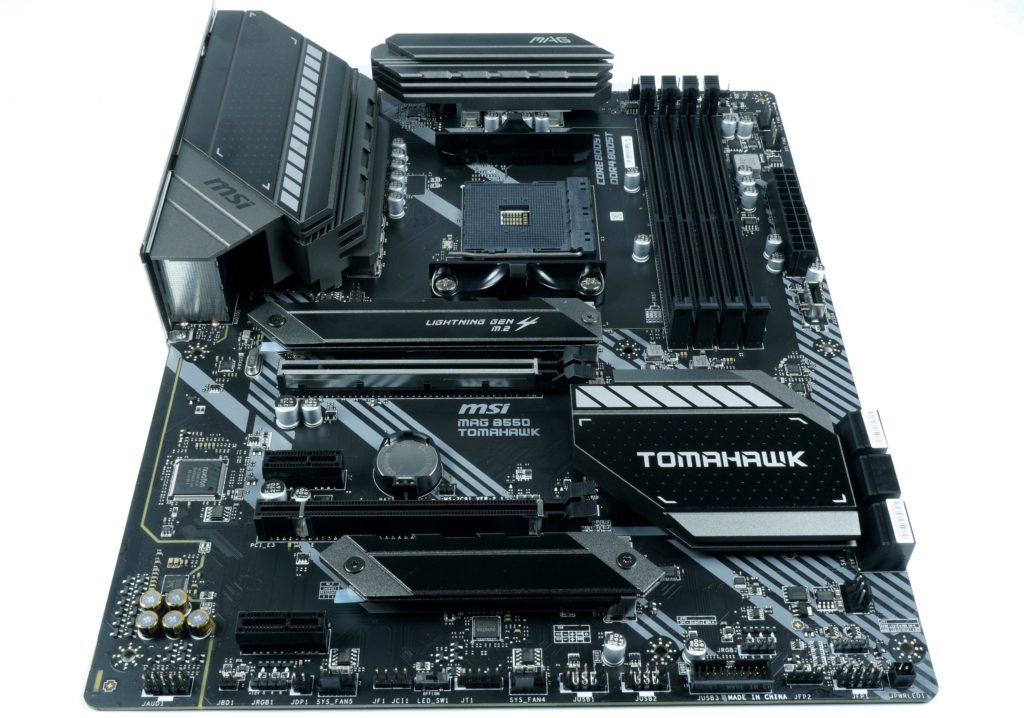 The board runs of course only with the Ryzen starting from the 3. generation. Unfortunately, the 3000 APUs are excluded, because there is only Zen+ in the end. What’s also missing is the additional 8-pin EPS connector, so you have to make do with the one 8-pin. This may not be very athletic for the extreme overclocking of a Ryzen 9 3950X, but it is usually more than enough. By the way, the voltage converters are much better than you would expect from the data sheet, but even more so with teardown and infrared measurements.

The internal 20-pin header for the USB Type-C on the front panel of modern cases is a nice and welcome feature, because it’s unfortunately missing on some competitor’s B550 boards. If you are competing with the price demands of the upper middle class, you simply have to deliver this header. In this sense, MSI did everything right and did not use a second internal USB 3.0 header. Moreover, you can also use one of the upcoming Renoir APUs with this board, while the HDMI output and display port is missing on the X570 board.

The usual RGB is of course on board. Mystic Light as an addressable 5 Volt aRGB header and 12 Volt analog header is as important as the RGB lighting under the motherboard.

But what I don’t like so much is the limited number of USB rear outputs. 4x USB 3.2 (2x Gen1 and 2x Gen2) and 2x USB 2.0 are a little bit meager. For this purpose, two Ethernet connections are provided, whereby you have everything you need with 2.5 Gb/s and 1 Gb/s. The PS/2 port is also a nice gimmick for all those who still have suitable input devices, but are actually no longer up-to-date. The following table lists the most important features once again: 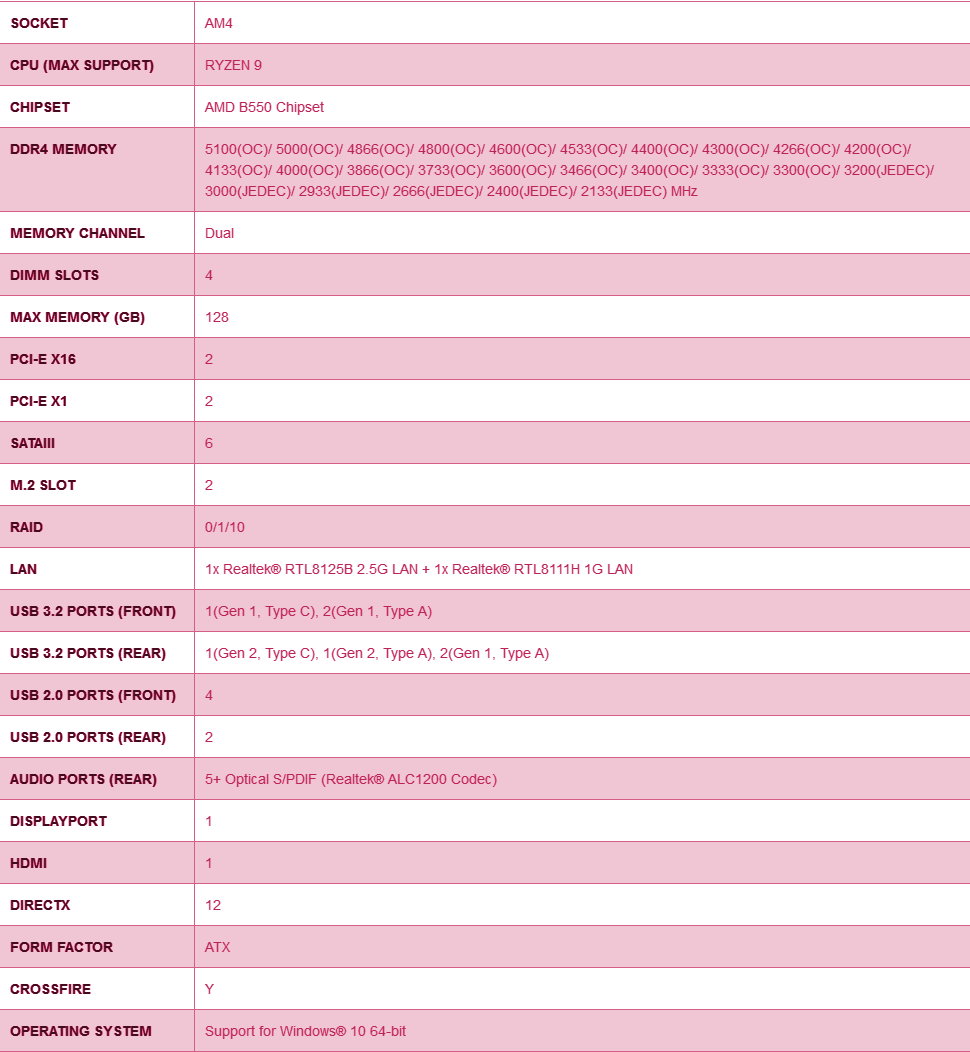 For all the sophisticians, it should be noted that motherboard tests take at least 3 days, two to three days for testing and up to one day for writing. If you do them right. That’s why such tests sometimes drag on for weeks, because I have to do a lot of things with a time delay. More boards have already arrived here in the lab and I will test them step by step. That is why I have nevertheless decided to do without a Roundup for the time being. If one wanted to realize this with only 4-5 boards in the necessary depth, almost half the month would be over. And unfortunately, that’s exactly what I don’t have.