MSI didn't crack at the self-interpretation of the GeForce RTX 2080 Super Gaming X Trio, but probably used the unsuperrated model and took over almost everything 1:1, which was by no means a bad idea. An extremely potent cooler, which also works on the in-house RTX 2080 Ti, meets an above-average board, so this remains the case with the smashed-up Over-2080. The rest will be shown by the test, because the leeway that Nvidia leaves to all board partners at the end is unfortunately extremely overlooked. But more on that later. Similar to the larger TU102, TSMC manufactures the TU104 on its 12 nm FinFET node. But a transistor number of 13.6 billion leads to a smaller, "only" 545 mm2 die-area. Of course, this also saves costs in the end. However, Turing Junior still surpasses the 471 mm2 of the GP102 as the flagship of the last generation and comes quite close to the size of the GK110 in the original GeForce GTX Titan. 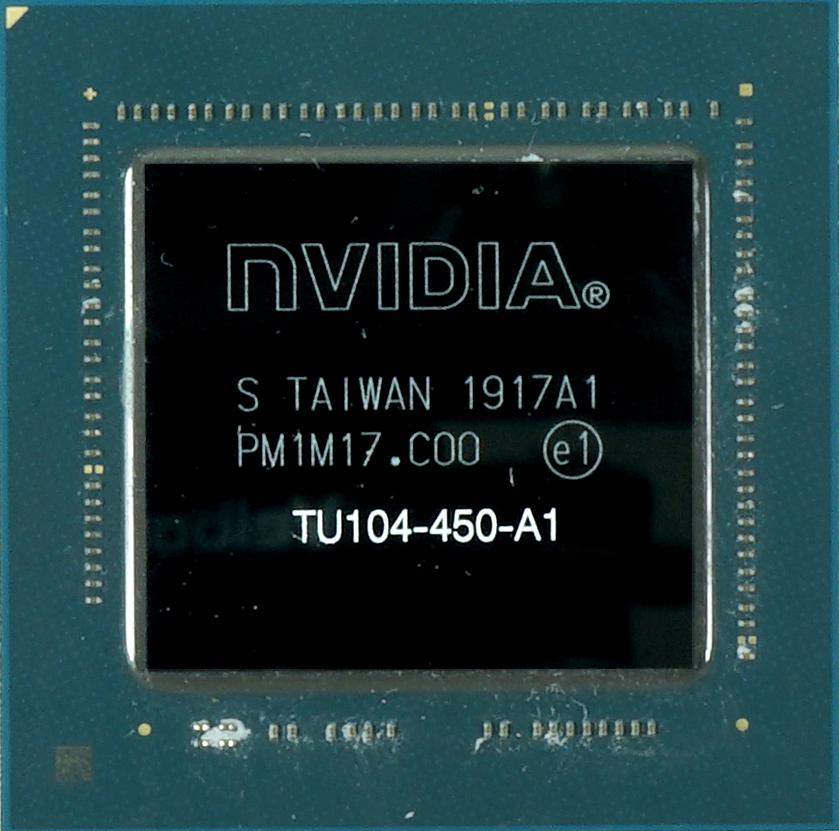 The TU104 is made up of the same building blocks as the TU102; but there is only a little less of everything. The streaming multiprocessors still have 64 CUDA cores, eight tensor cores, an RT core, four texture units, 16 load/storage units, 256 KB of register memory, and 96 KB of L1 cache/shared memory. The TPCs also still consist of two SMs and a PolyMorph geometry engine. But there are now only four TPCs per GPC and the six GPCs are distributed across the processor. Therefore, a fully functional TU104 has a total of 48 SMs, 3072 CUDA cores, 384 tensor cores, 48 RT cores, 192 texture units and 24 PolyMorph engines.

A correspondingly narrower back-end implements the connection via eight 32-bit GDDR6 memory controllers (256-bit aggregate) connected to 64 ROPs and 4 MB L2 cache. However, Nvidia gives the GeForce RTX 2080 Super the slightly faster memory at 16 Gbps, instead of the 14 Gb/s of the smaller models. Unfortunately, the TU104 also loses one of the two x8 NVLink connections of the TU102, which then limits the whole to an x8 connection and 50 GB/s bidirectional throughput.

The design is also very MSI-typical in purely visual terms. With a total length of 32.8 cm from the outer edge of the slot panel to the end of the radiator cover and 13.5 cm height from the top edge of the PCIe slot to the top edge of the radiator cover (and board), this card is a real balancing hum. With a built-in depth of a whopping 5 cm, this is almost a 3-slot design, especially since 0.5 cm for the backplate on the back of the card is added.

The fighting weight of 1517 grams is almost no longer noticeable, even if it gets a bit quite a lot for the motherboard. At least without a graphics card holder. Unfortunately, there is no such place in the house, a pity. Used, translucent RGB applications loosen the edge body of the anthracite-colored ABS cover at least slightly, if you don't switch it off. Two 9.5 cm fans and an 8.5 cm fan provide the necessary throughput above the heat sink with the vertically arranged slats. 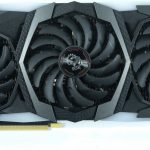 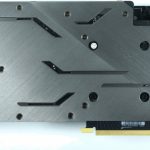 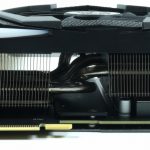 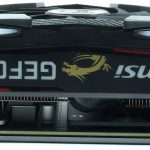 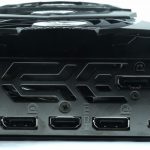 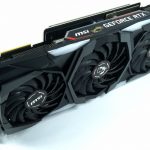 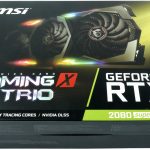 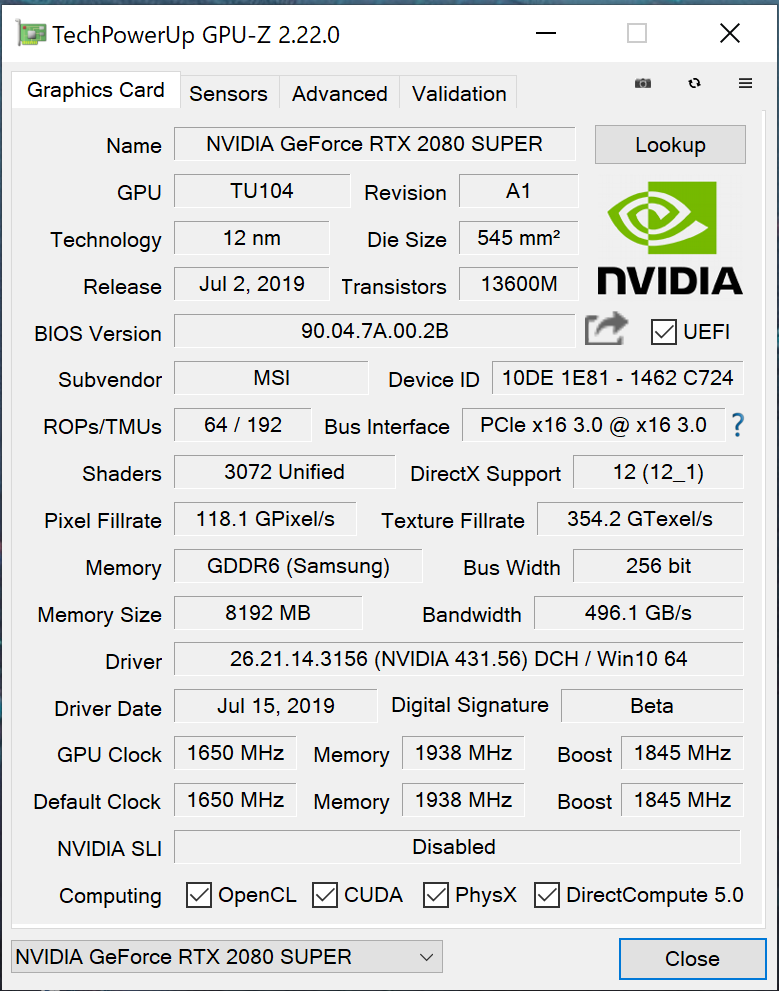 The table gives a nice overview of the technical data of the current GeForce RTX Super and the older comparison models:

The test system and the methodology are well known, but since I am now independently testing here in Germany, the test system has also been upgraded again without having to take into account colleagues. 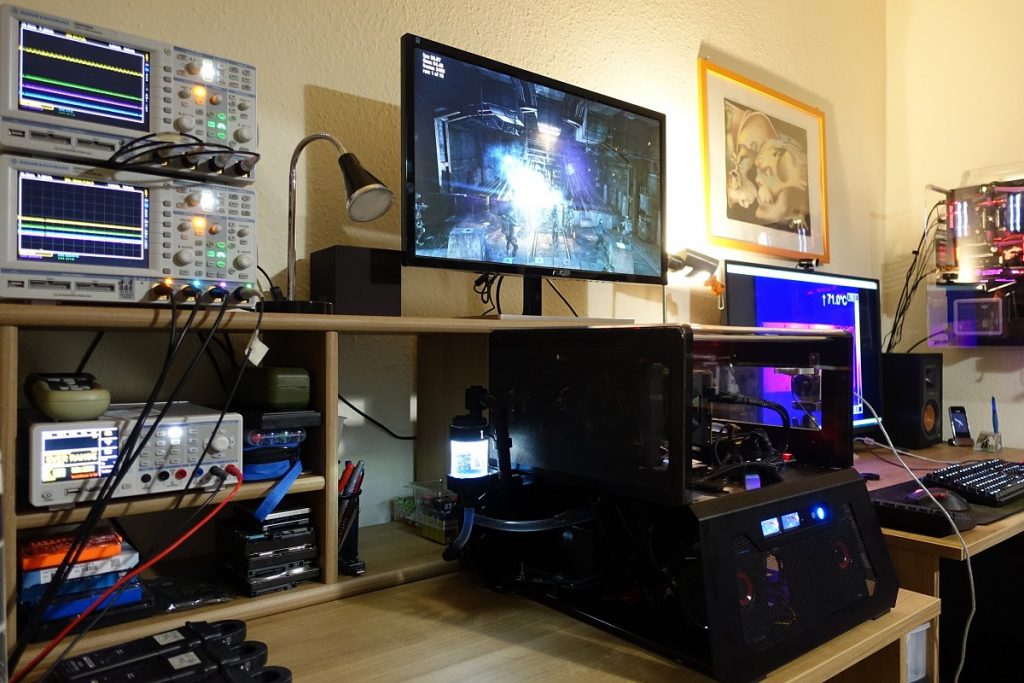