Powercolor showed us the way with the Silent-BIOS, today we follow with a tutorial for everyone that is suitable for everyday use: no more BIOS flashing and no more Wattman tricks, but a comprehensible manual that is easy to implement with our free MorePowerTool...

Now we come to fan control, which has been so broken and bent since driver 7.3 that even with board partner cards in the Wattman you can hardly do anything useful at the moment (driver 8.1). As far as the so-called PWM minimum is concerned, this is again a scaling value that, together with the given maximum fan speeds, sets the basis for the beginning of the fan curve. And this either as minimum value in idle without fan stop or as curve start after starting the fans in hybrid mode.

The “Fan Maximum” RPM should be left as it was specified by the board partner in the current BIOS, because it takes into account the specifications of the installed fans. More is not possible anyway and less would not make sense in an emergency. The so-called “Fan Acoustic Limit RPM” is the desired target speed of the fans that the card can reach even if all conditions (load, temperatures, power estimation) are correct. The value for the “Fan Throtteling RPM” is the target value to which the fans first turn up after applying full load, and then sink down again later in the direction of the “Fan Acoustic Limit RPM”. Both values must neither be the same, nor must the value for the throtteling not be too just above the value for “Fan Acoustic Limit RPM” and certainly not below it. Otherwise the fans just stop with a bit of bad luck. 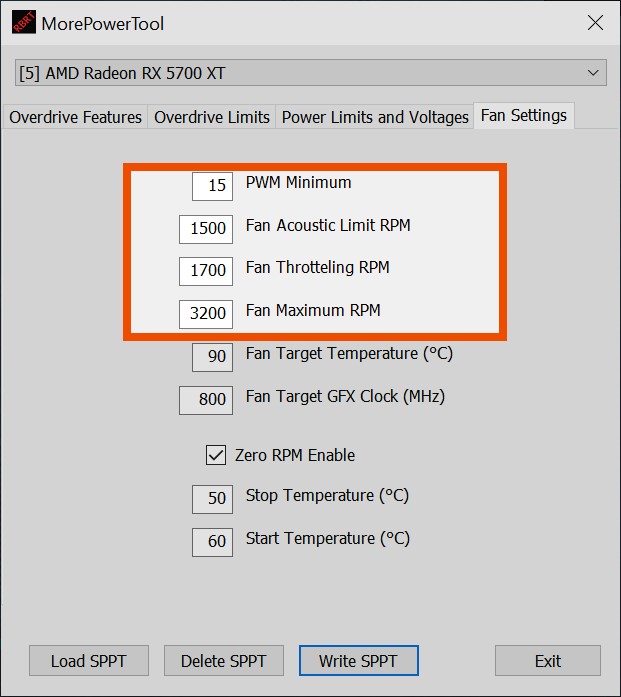 Until driver 7.2 the whole thing still worked and I can operate the Evoke with approx. 17% RPM or below 900 rpm in idle almost inaudibly. All newer drivers fail miserably here. This is annoying in that it seems that the mandatory settings for the reference design have been programmed in. 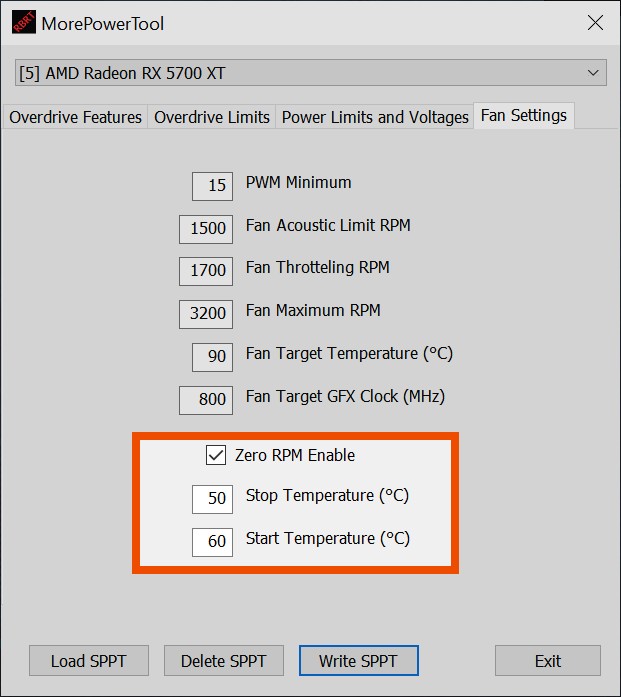 In addition one must know that with AMD the fan stop works like an additionally flanged solution from the outset, because the fans are switched on and off in a definable temperature window, but there is no real curve with starting impulse and complete switch-off by the actual control signal. Here the fans are simply switched off or supplied with power again. Exactly this procedure has been forbidden by Nvidia in the Green Light Program for its own partners.

I can only hope that this weak point will be eliminated as soon as possible, because the percentage trickery with PWM values instead of a clean RPM fan curve is not up to date.

Does the Ryzen 3000 have real problems with current CPU water blocks and DHT air coolers due to its asymmetrical design?
Powercolor RX 5700 XT Red Devil under test – force is mass times acceleration