Intel previewed its upcoming Rocket Lake architecture for the first time at CES 2021. The upcoming Rocket Lake CPUs mark the first really big architectural overhaul in well over 5 years and is also an architecture that, due to circumstances, has been backported from 10nm at great expense so that Intel can get it to market as quickly as possible. It will also finally bring the long-awaited PCIe 4.0 support to Intel’s mainstream platform, something that has been sorely lacking until now. 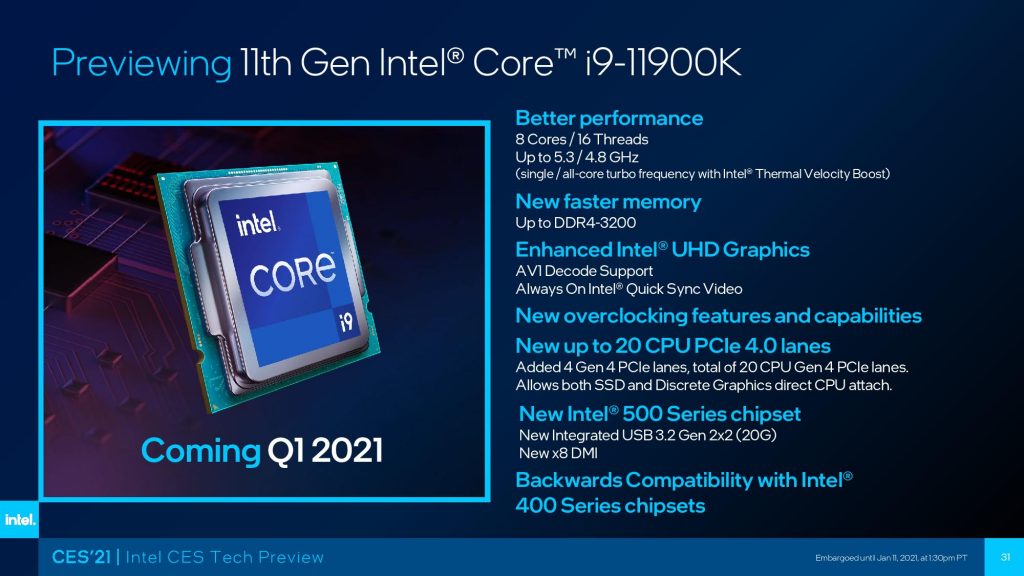 Intel’s Rocket Lake processors will have up to 8 cores (and 16 threads) and have 50% more integrated graphics power based on the Xe architecture. RKL-S is based on the 14nm process, but unlike older generations, it will feature a revised architecture based on the Sunny Cove (Ice Lake) architecture called Cypress Cove. It is essentially aw backport from 10nm (non-SuperFin) to 14nm. PCIe 4.0 support and 12th generation Xe graphics have also been added.

Since the new CPUs are based on the proven 14nm process, Rocket Lake S will be able to boost up to 5.3GHz (which is typical of the very mature process) and which will end up allowing for something of a “best of both worlds” situation where the new architecture will be able to immediately maintain the high clock speeds of its direct predecessor due to the very mature node. The all-core turbo will be 4.8 GHz according to Intel, which is actually pretty high for an 8-core chip. 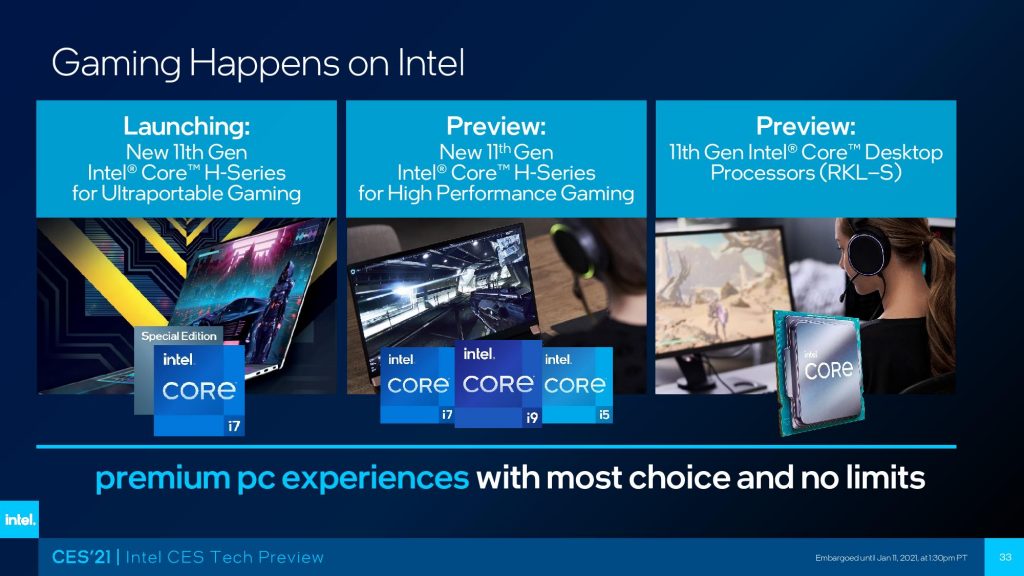 Rocket Lake S will now offer 20 CPU-based PCIe 4.0 lanes, 4 more than the last generation. It’s also the first mainstream Intel architecture to support the PCIe 4.0 standard – something that has been sorely lacking in the company’s lineup. It has the new Deep Learning Boost and VNNI support, which should lead to a significant acceleration of AI-related workflows. In addition, you now have the new USB 3.2 Gen 2×2 standard for very high USB transfer rates. Also integrated is Intel’s Xe graphics iGPU, which offers support for high-end video decoders like 4:4:4 HEVC and VP9, and enables display resolutions of up to 3x 4k60. The integrated memory controller now natively supports speeds up to DDR4-3200 without further overclocking.

This is actually good news for enthusiasts, as RKL will be the first major new architecture in a very long time. What’s even more amazing is that Intel has managed to maintain most of Willow Cove’s IPC growth in 10nm (which was 25%+), with the new 14nm architecture still showing IPC growth of 19%. A double digit IPC improvement while staying on the same node is truly remarkable. in boost clock of 5.3 GHz combined with a fundamentally new architecture should thus provide the best possible combination for a performance upgrade for Intel customers (albeit at the cost of a similar TDP) in a very long time.

As you can see (graph below), Intel’s largest Rocket Lake CPU, the Core i9-11900k, is quite well positioned. It’s an 8-core CPU that goes toe-to-toe with AMD’s latest Ryzen 9 5900X 12-core processor in terms of gaming performance. And you even surpass it by a small margin, although as always, results from Intel presentations should be taken with a grain of salt until independent tests are available. 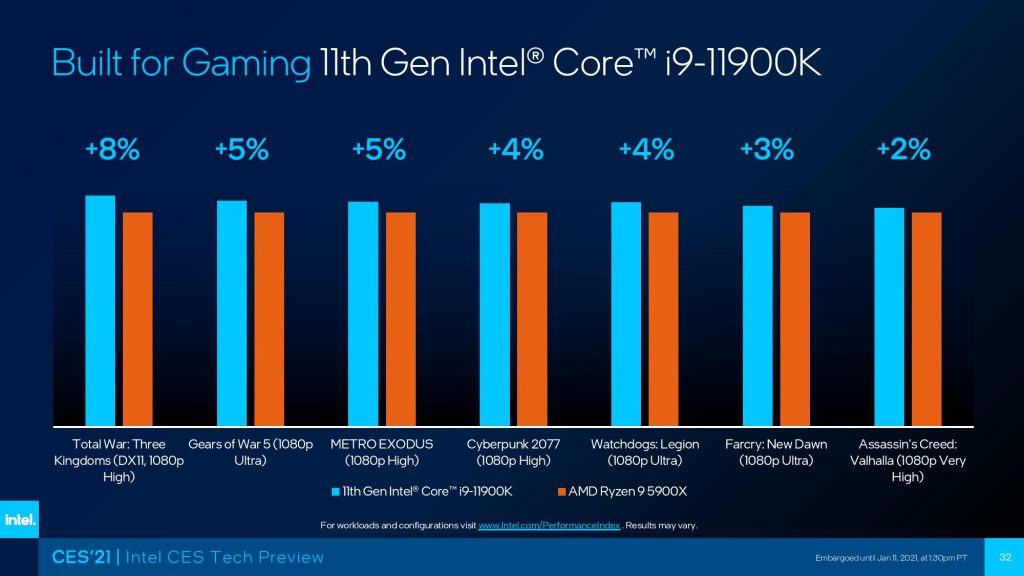 Overall, this makes Intel’s Core i9-11900k 4.4% faster than AMD’s Ryzen 9 5900X, and then the company showed off the generational leap that Rocket Lake makes compared to the older-generation Core i9-10900k processor (which is still based on Skylake). On average, the difference in gaming, generation to generation, is about 7% according to Intel’s own tests.

What is shown here is not surprising, though, because gaming is highly clock-dependent in terms of performance. Let’s wait for independent tests and be surprised to what extent prices and performance can convince then.

AMD Radeon RX 6700XT 12GB vs. NVIDIA RTX 3060 12GB – Why DLSS is so important for NVIDIA | Performance Prediction
When the power supply suddenly switches off: Load peaks of graphics card and CPU measured together and counter-tested with power supplies | Basics & Practice