To make sure we understand each other, I’m testing today with the Gigabyte B550 Aorus Master a motherboard with AMD’s smaller chipset, a midrange chip, which is supposed to be well below its X570 counterpart. But exactly this B550 chip sits here on an upper class substructure, which is also used for the Gigabyte X570 Aorus Master with slight cutbacks and some missing connections.

So let’s set a street price of around 300 Euros for B550 against 350 Euros for X570. Whereby it will be interesting to find out how such a B550 motherboard can poach in the upper class, if it succeeds at all. Sense or nonsense? That’s what I’m trying to find out today, but I’m in good spirits. Apart from the fact that no annoying whisk is rotating on the B550. But there are other things as well. 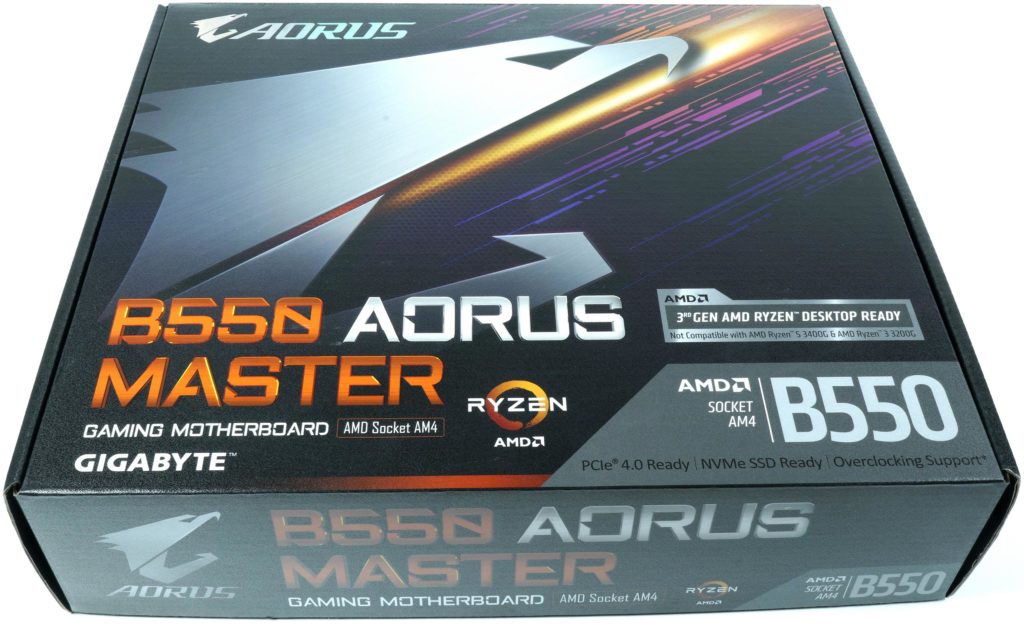 With this, the board is testing up to certain limits, especially since hardly any buyer of such a board will go that far in the end. But it’s always good to know that you could if you wanted to. And who knows, maybe someone else will come up with such ideas with an R9 3950X? If you don’t want to use all the X570 features that are being advertised, don’t need all the high-speed USB ports and, for example with a maximum of a PCIe 4.0 M.2 NVMe-SSD and only 6 SATA ports, he could possibly even be happier with the B550 model. About 50 Euro saved, no annoying chipset fan and an almost similar equipment. But the devil is in the details. 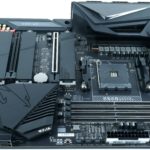 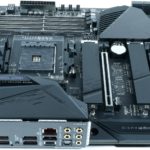 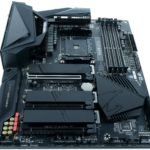 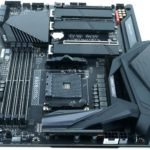 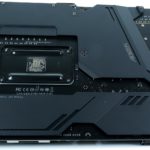 The board runs of course only with the Ryzen starting from the 3. generation. Unfortunately, the 3000 APUs are excluded, because there is only Zen+ in the end. What is also missing is the additional 8-pin EPS connector, so you have to make do with one 8-pin and one 4-pin EPS. This might not be very sporty with the overclocked Ryzen 9 3950X, if you have a powerful cooling, which doesn’t make this CPU spin at 150 to 175 watts. The voltage transformers are almost extremely oversized, however, and for this reason we would like to express our praise in advance. But more about that later.

The internal 20-pin header for the USB Type-C on the front panel of modern cases is incomprehensibly missing on this B550 board. Those who compete with the price demands of the upper middle class will certainly understand this criticism, because a 120-euro cheaper competitor’s product also has that. However, you’ll reach the limit with the board layout here, because the B550 requires a different connection. But instead of changing the board layout fundamentally, they simply left it out, too bad. You can use one of the upcoming Renoir APUs for this, while the HDMI output is missing on the X570 board.

But what really hurts is the abandonment of the ESS SABRE 9118 as a DAC, which is only found on the X570 Aorus Master. But more about this later in the chapter Audio. Let’s summarize again briefly: Savings in the connection, the USB ports (both mainly chipset-related) and the audio branch. For everything else I leave you with the table with all relevant data. Then the board is disassembled, after turning the page to the next page…

PCIe 4.0 and PCIe 3.0 – Difference between x8 and x16 with the fastest cards – Where does the bottleneck begin?
Does NVIDIA for Ampere need a new power supply solution? The current Turing design as a bottleneck for Tensor and AI performance