Is that really almost 5 years ago? One is really amazed again and again how quickly time passes. And has the quality changed in the meantime? The participants of the then trötenwanderung, in which most headsets got under the wheels acoustically, were long ago disposed of and scrapped by the customers defectively and new generations followed with ever new features. But even today, lighting often counts for enough more than sound. Reason enough to revisit this classic, because to a large extent what was written at that time still applies today. unfortunately. 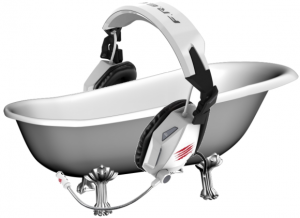 At that time, we asked ourselves about more than 50 (now well over 100) tested headsets and mobile PC audio devices, what this legendary gaming sound should actually be. It was often (allegedly) developed with pro gamers that the rind crashes, and every new headset should then offer even more unbeatable advantages, especially for first-person shooters. My criticism at the time was also picked up by traders and beneficiaries of the gaming craze, and even Saturn recently had to send someone to find in their own home post: "Gaming headsets are really good now – despite all the prejudices". But one should not forget that Saturn itself benefits from the hype and the products I criticized do not occur there at all and who paid for the article. Expensive always goes, even in good. But what about the products under 150 or even less than 100 Euro (uHu) ?

Adapted sound, room sound, "footsound detection" and all other things – most of them are certainly not at all clear what gaming noises are and which frequency spectra are really behind it.

But I would like to precede our little excursion with a few marketing style blossoms, some of which are inflated as if one acquires the nonplusultra of technical feasibility and still have to kneelly thank the developers for taking part in the revolution of the gamer-being at all.

Become a trendsetter! The unique design makes you stand out with these headphones. It won't be long before someone asks you where you bought them. While we've designed the fashionable and trendy headphones, we've always made sure the ear pads are soft and comfortable, making them portable all day long. The speakers provide crystal clear hi-fi sound with enormous sound width and clear tones.

Not bad, HiFi for under 20 euros is a fight announcement! But only in the brochure, unfortunately. Or let us confidently embark on flourishing soundscapes:

With its unprecedented 60mm neodymium speakers, it offers a massive soundscape and marker-shattering bass.

Yes, of course, but only the price of 150 euros was shocking, the sound belonged rather to the 50-euro class.

The xxxxx USB headset from xxxxx was developed in collaboration with professional gamers. Special features such as specially adapted equalizer settings are designed to make the hard first-person shooter life easier for the professional gambler.

Funny, because for most of the sounds – we'll see and substantiate that – equalizer experiments are pure poison. Finally, maybe this one, because more sultry and self-loving is actually (n)always:

At xxxxxxxx, we are passionate about the technology that makes gamers winners. We develop precise gaming devices. We develop the technology that keeps gamers at the highest level in terms of speed, precision, reliability and comfort. Technology is our philosophy, our leitmotif in exploring, testing and developing the optimal gaming experience – in the lab as well as in the game.

So what exactly do we have in our way?

To understand that the best and most neutral pair of headphones with the largest possible stage and excellent resolution is really the best solution, you have to look at the gaming-relevant weapon, environment, vehicle and aircraft sounds just as much as the different voices in speech playback. In addition, in frequency range and trajectory curve, resolution and attention to detail as well as spatial location and Separate the stage.

To illustrate what can be done wrong with Sounding – i.e. the deliberate falsification of playback by under- and overemphasising individual frequency ranges – here first two exemplary selected headsets. The thick white line indicates the frequency curve of our more or less neutral reference headphone (Beyerdynamic Custom One Pro), the red areas the over- and the blue areas the significantly understressed frequency ranges.

First, we look at an average stereo gaming headset with the typical bathtub sound, where basses and treble are significantly overemphasized and present more glow than being. The tip of a kilohertz is also the honey pot for the standard measurements, where the 1-kHz mark is always chosen as the reference point: 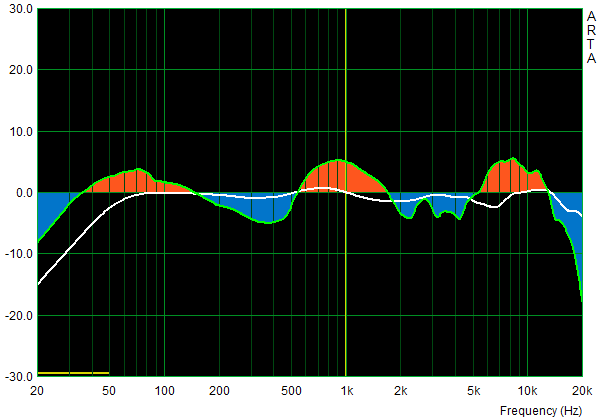 According to the marketing specialists, the crowning glory of evolution is supposed to be "real" multi-channel headsets (5.1 or 7.1), which also contain several drivers per headphone and often also a kind of special subwoofer. How such an expensive headset can also be stranded as a sonic submarine, we have already learned in one of our tests: 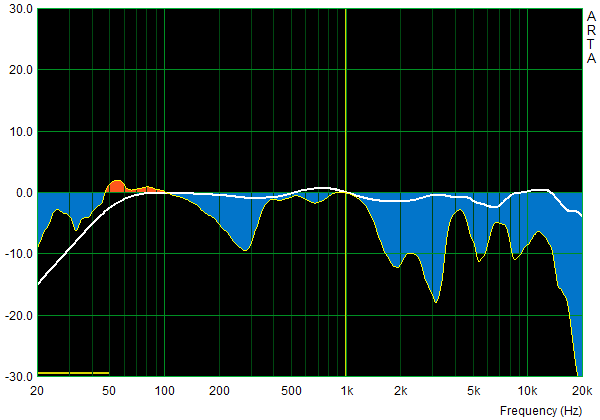 But why the hell do you sell such sonic failures as gamer-peripherals? Could it be that, above all, sneaky shooters or wild fighting hustle and bustle have their own challenges and the frequency ranges of the relevant sounds are so narrow-banded that a sounding is really worthwhile? We will go on the search for traces and test exactly that. Promised.

We operate our reference headphone Beyerdynamic Custom One Pro (COP) as usual on the Asus Xonar Essence STU, which has an excellent headphone amplifier. The Siberia V3 is measured at the same output, only the three USB headsets are operated directly on the passive PC. The measuring microphone is a Beyerdynamic MM1 embedded in an improvised artificial head (styrofoam cast), whereby we have used the appropriate measuring sheet for height correction during calibration. 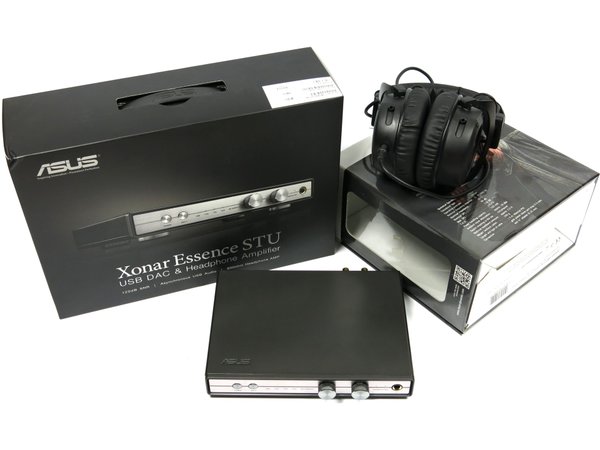 The evaluation is carried out with Arta, whereby a smoothing of 1/2 octave is used to compensate for the slight influences of the test setup. The almost ideal frequency curve measured as a reference with this test setup looks like this: 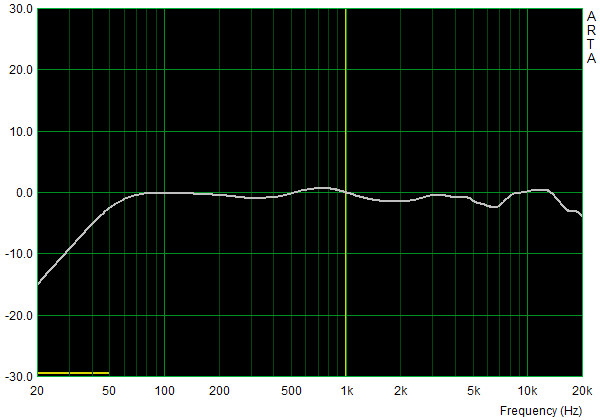 The slight deviations of approx. two decibels at approx. 6.9 kHz is due to the COP, which does not play completely (but approximately) linearly.  The gaming-typical sounds used on the following pages to analyze frequency spectra come from Battlefield 4, FarCry 4, and Crysis, and represent exactly the "gaming sound carpet" needed to assess playback quality. It is also interesting that many sounds were cut at a predominantly 16 kHz and that in places even from the game a kind of clipping is used to appear even louder (compression).

Let's be surprised what sounds like in games and what frequency ranges are needed. But before that, there is still a somewhat entertaining theory, everyone can nag. But we also want to justify it.

Toshiba RC500 in review – What is the cheap 500 GB SSD really good for and is the SLC cache sufficient?
GDDR6 memory temperatures comprehensibly explained and remeasured – is AMD doing everything right? | Basics