On the update roadmap from be quiet! a cooler has not only received a makeover this time, but even an upgrade to a higher product segment. We are talking about the successor of the popular SHADOW Rock TF 2, the new DARK Rock TF 2. What has changed and how the newcomer is doing, you can read in the following article:

As one is already used to from this manufacturer, the cooler comes in an all-black box. As usual, there is a large product picture on the front, and various texts and tables on the side and back then provide precise information about the properties of the contents.

To prevent possible damage during transport, be quiet! used a combination of foam and folded cardboard. Protected in this way, nothing should happen even in the event of rough handling during shipping. 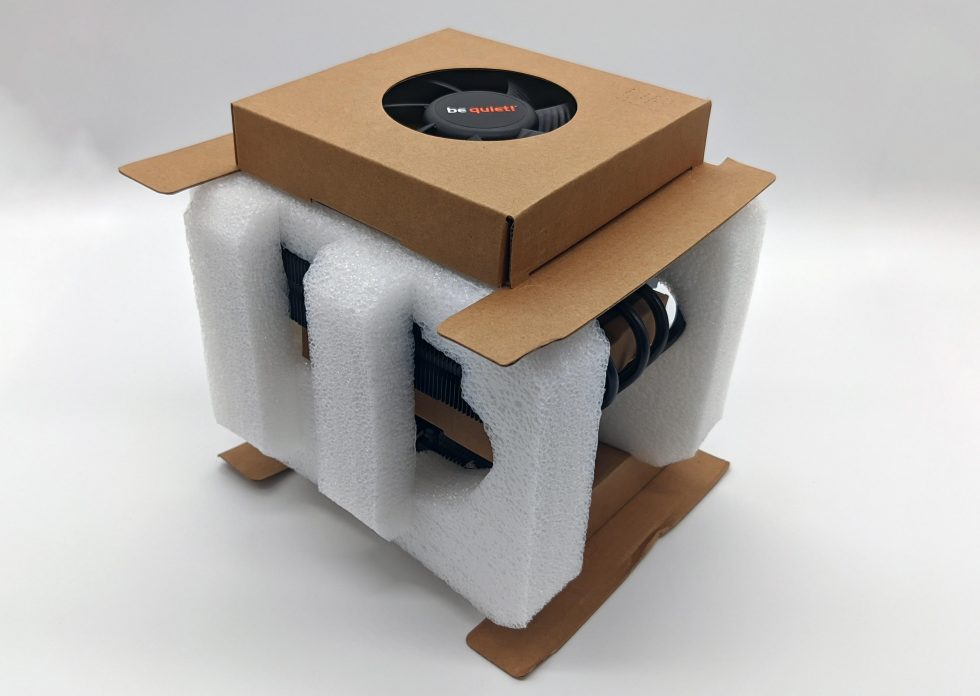 The accessories include the usual mounting material, fan clips and a small tube of thermal paste. 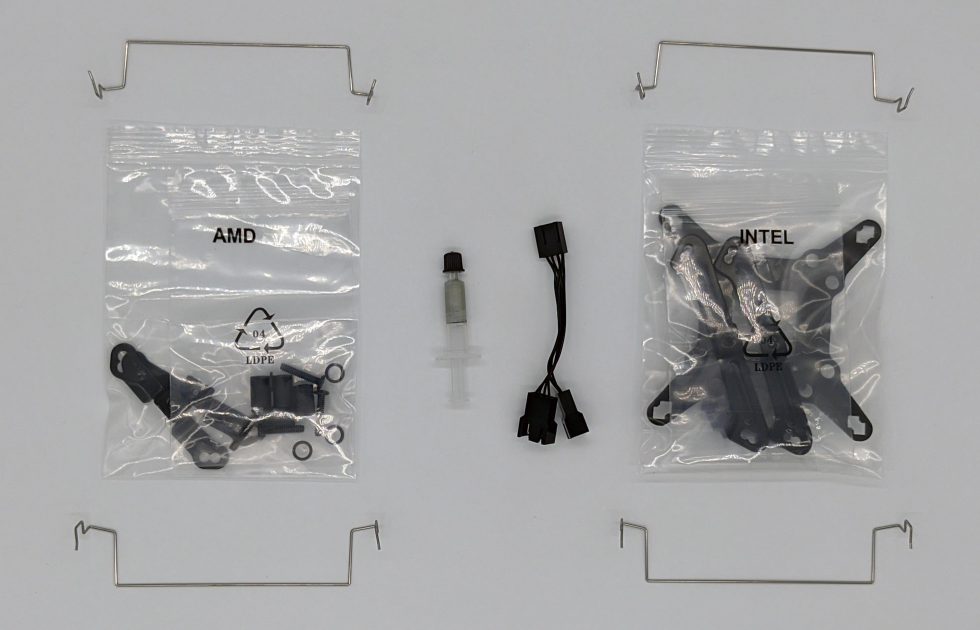 For the buyers without a second CPU fan connector on the motherboard, they also include a short Y-splitter cable for the two 4-pin PWM fans.

As with almost all coolers in the meantime, the pre-mounted backplate for the AM4 socket is used here as well. The two existing plastic brackets are removed and replaced with small metal spacers and brackets. 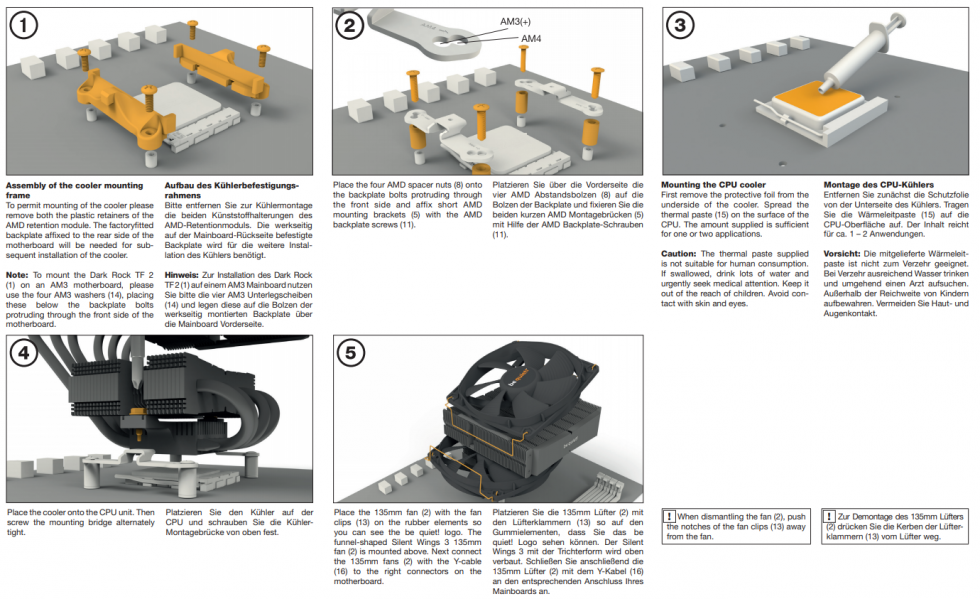 The cooler is then fixed into these with two screws, which have to be tightened through the cooling fins with a separate screwdriver. By the way, with a little sensitivity this also works with already mounted fans.

First of all the comparison between the predecessor and the new version:

And here is the overview for coolers and fans:

More technical details can be found on the product page of the manufacturer.