Today, finally, the showdown over the best AI-based upscaling begins and AMD’s official FSR driver, Radeon Software Adrenalin 2020 21.6.1, is now available for download. The driver enables support for the highly anticipated feature in select titles, as reported in the relevant media last week. The driver has been highly anticipated as it now enables one of the new key features of AMD’s Radeon RX 6000 and older GPUs, FSR. FidelityFX Super Resolution technology has been placed as the main competitor to DLSS from NVIDIA, but has yet to prove itself.

If you want to test it yourself: AMD’s FSR ‘FidelityFX Super Resolution’ Radeon Adrenalin 2020 21.6.1 now available for download on the AMD homepage

While NVIDIA already has a massive head start with DLSS, as it was launched much earlier, has been widely deployed since then, and now also offers spectacular performance and image quality results, what makes AMD’s solution more interesting is the fact that it is not only supported by AMD Radeon RX 6000 graphics cards, but also by older Radeon GPUs down to Polaris (RX 400 series) and even NVIDIA’s GeForce 10 (Pascal) graphics cards.

There will be a number of titles available starting today that support the technology, but game-specific updates will also need to be delivered to enable the feature. The following titles will support AMD FSR Driver at launch (June 22):

The following titles will have AMD FSR driver support soon after : 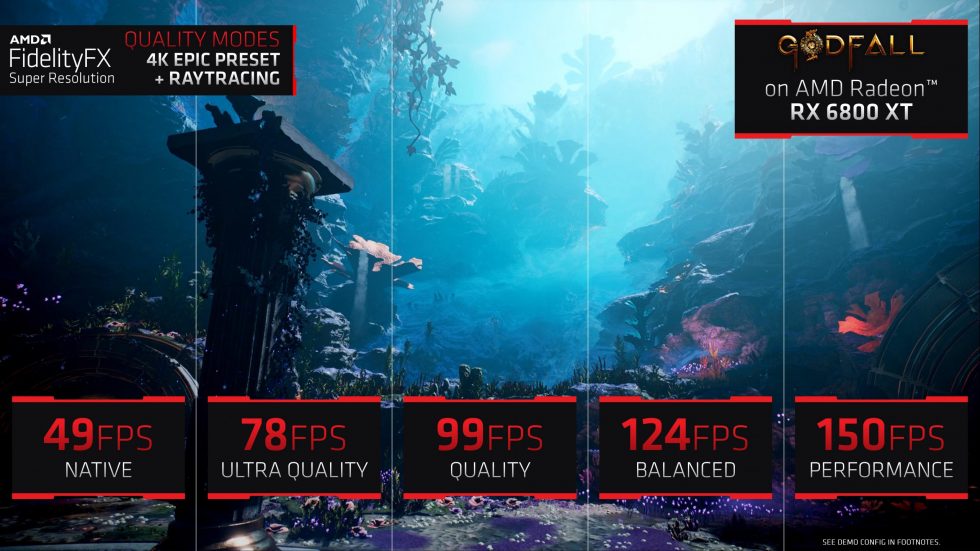 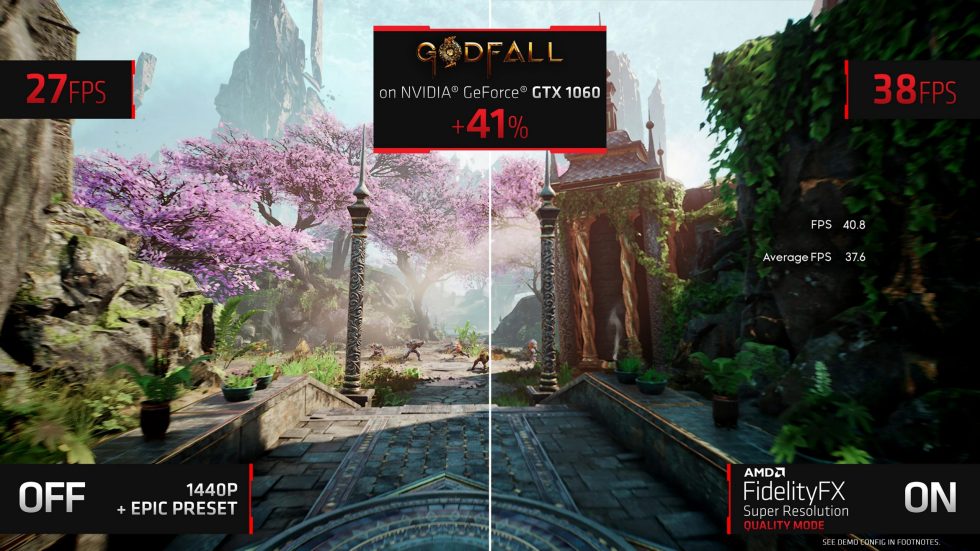 As you can see, the performance increase between the four FSR models is pretty drastic. Ultra on a Radeon RX 6800 XT is up to 60% faster, while Performance mode is more than three times faster, which is remarkable. Until now, unfortunately, we have not had access to evaluate FSR ourselves, so I’ll put a question mark behind the euphoric self-portrayal on the slides. So it remains to be seen how this will play out in the final gameplay. 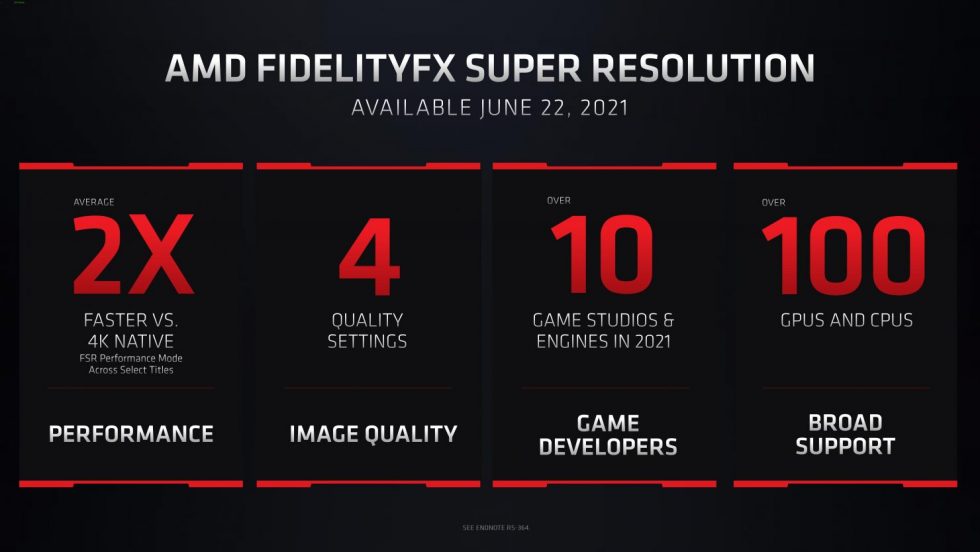 And what do the GeForce GTX cards do? Well, we get a taste with the still widely available GTX 1060 6GB in Godfall, with the game running at 1440p and the EPIC preset. We see that the card can increase its performance by 41 percent, i.e. from 27 FPS to 38 FPS, which is something that gamers are happy to accept. In addition to this live demonstration, AMD confirmed that FSR is supported by 10 studios with different engines. More information is expected today when they officially unveil the technology.