But the indirect gain due to better cooling is also really impressive. Without any changes to the settings, the card now manages 2.627 MHz instead of 2.474 GHz on average over 15 minutes in a warmed-up state compared to the original, air-cooled variant and also allows itself around 10 watts less TBP on average at the power supply. Furthermore, the progression of the clock rates is much more balanced, which even leads to smoother scrolling in the end because less downsampling is required. 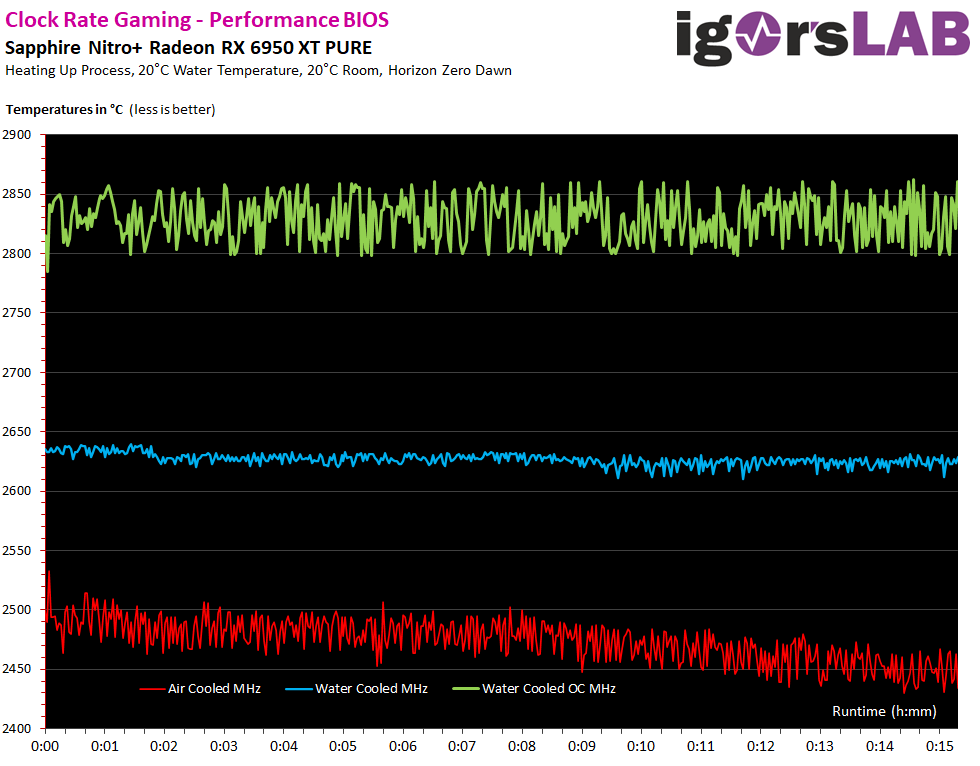 Overclocking the air-cooled card is quite pointless, because it already loses a lot of clock in its state of delivery. Counteracting this with more power would also mean risking higher temperatures, which would then in turn lead to a clock reduction. Dog-tail principle, in other words. Water must be used for this!

To get to the 2.8+ GHz, I didn’t even have to put much effort into it due to time constraints, while it was also quite easy. With a TGP default of 400 instead of the 325 watts (the monitoring then only showed 358 watts TGP on average) and the clock regulator to 2950 MHz in the Wattman, the whole thing was done quite quickly. I’m sure that someone with significantly more time could also crack the 2.9++ GHz, since not much was missing. Xaver already has something in preparation, also with more tension. Let’s be surprised, maybe I’ll add something myself. 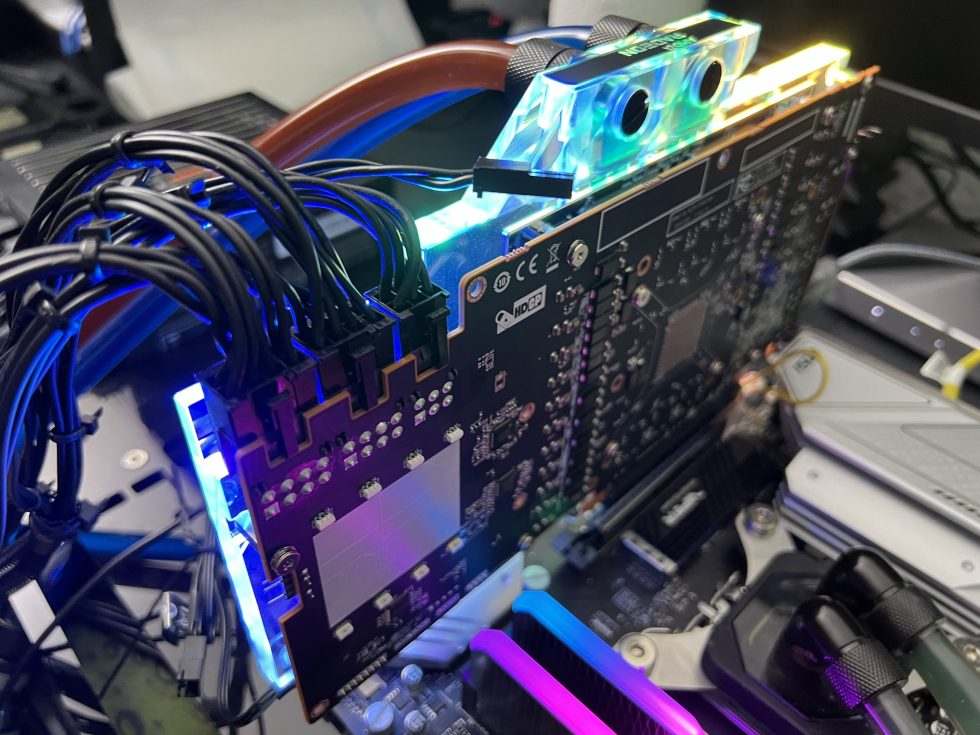 Simply because of the really excellently low surface temperature, the 2022 Alphacool Eisblock Aurora Acryl GPX-A in this interpretation for Sapphire’s RX 6900 XT has earned itself a real buy tip, which fits both the Nitro+ and Nitro+ Pure, as well as all the Toxic variants. But, Alphacool can’t help it, of course, there must also be the matching cards at a fair price. The voltage converter and storage temperatures are also very good and there is still a lot of room for improvement overall. 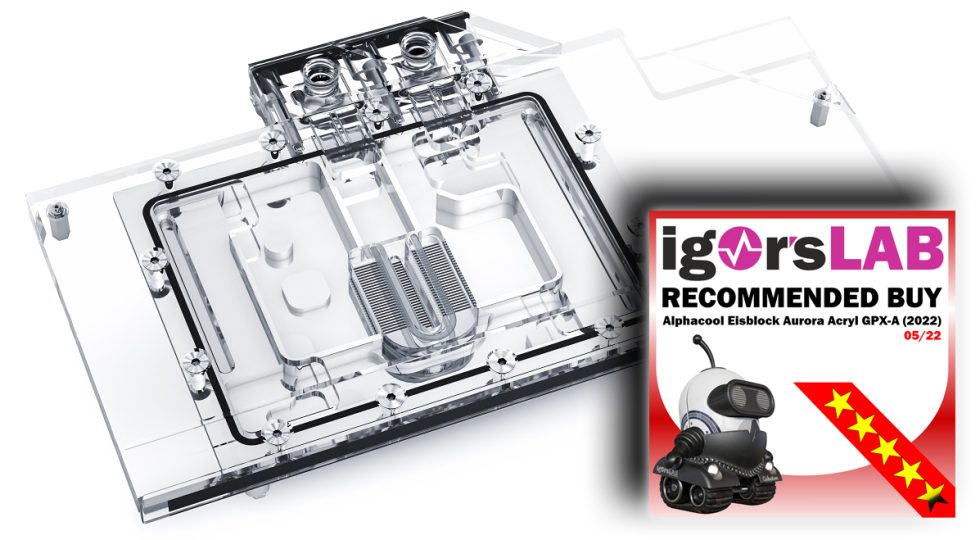 The build quality has also increased once again, you can see that Alphacool has made changes to the manufacturing (and fabricator) in addition to the design in recent months. You can no longer see tool marks or sharp burrs, the fit is exemplary and the threaded inserts are finally tight. The price of just under 140 Euros including the backplate is therefore also acceptable. The RGB look, on the other hand, is, as always, a matter of taste, and some people will certainly have reservations about acrylic in general. Here, you simply have to give the eye a certain say in addition to the brain, you have to be that fair. But the O bark are almost all gone again, thanks for that.

And what are the other manufacturers doing? So far, no one has sent anything, although they have not refused requests, so if you dare to have the cooler for the Sapphire card tested here in the lab, you are welcome to do so. Variety invigorates business and pleases readers!

The test sample was provided by Alphacool free of charge, there was no influence on the tests and the results.