The patent dispute between Apple and Samsung, which has been ongoing since April 2011, has now been settled (for now?). After so long, they were finally able to reach an out-of-court agreement. Details of the agreement were, of course, not disclosed, as is customary in such cases. However, the 539 million dollars awarded to Aplle by a jury in May are not affected by the settlement. Samsung still has to complete this payment. The South Korean group had already paid 399 million by that time. Originally, a jury in 2012 gave Apple as much as two billion, but Samsung appealed. 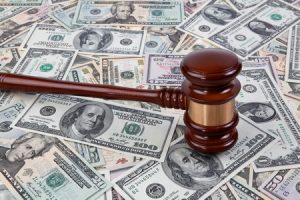 Specifically, the dispute involved Apple accusing Samsung of knocking the design off the iPhone. Samsung countered with its own lawsuits. In total, there have been around 50 international cases on this issue so far.

According to Samsung, the Federal Circuit has made it "virtually impossible to invalidate even the most trivial patents." The company also complained: "The claim'721, for example, is so trivial that any other jurisdiction in the world has declared it invalid. Slide-to-unlock was known in the state of the art (neonode); Apple has added only one image that moves across the screen with 16 fingers, and this trivial addition was also known in the state of the art (Plaisant)."

But the dispute between Apple and Samsung extends outside the courts. The latter had mocked rival Apple not so long ago in a new commercial attacking the iPhone X. It starts by annoying iPhone users that they are running out of space, because Apple is also stubbornly releasing the 16GB model.

However, it is not yet clear whether this agreement will be finalised. As early as 2015, both companies tried to settle the dispute, but in the end they were unsuccessful. But now they have agreed (again), it's worth a try. So until next time?!

Sneaky graphic flat foot: When the RMA witch strikes backwards and (k)one notices
Strongest supercomputer to be in Japan from 2021